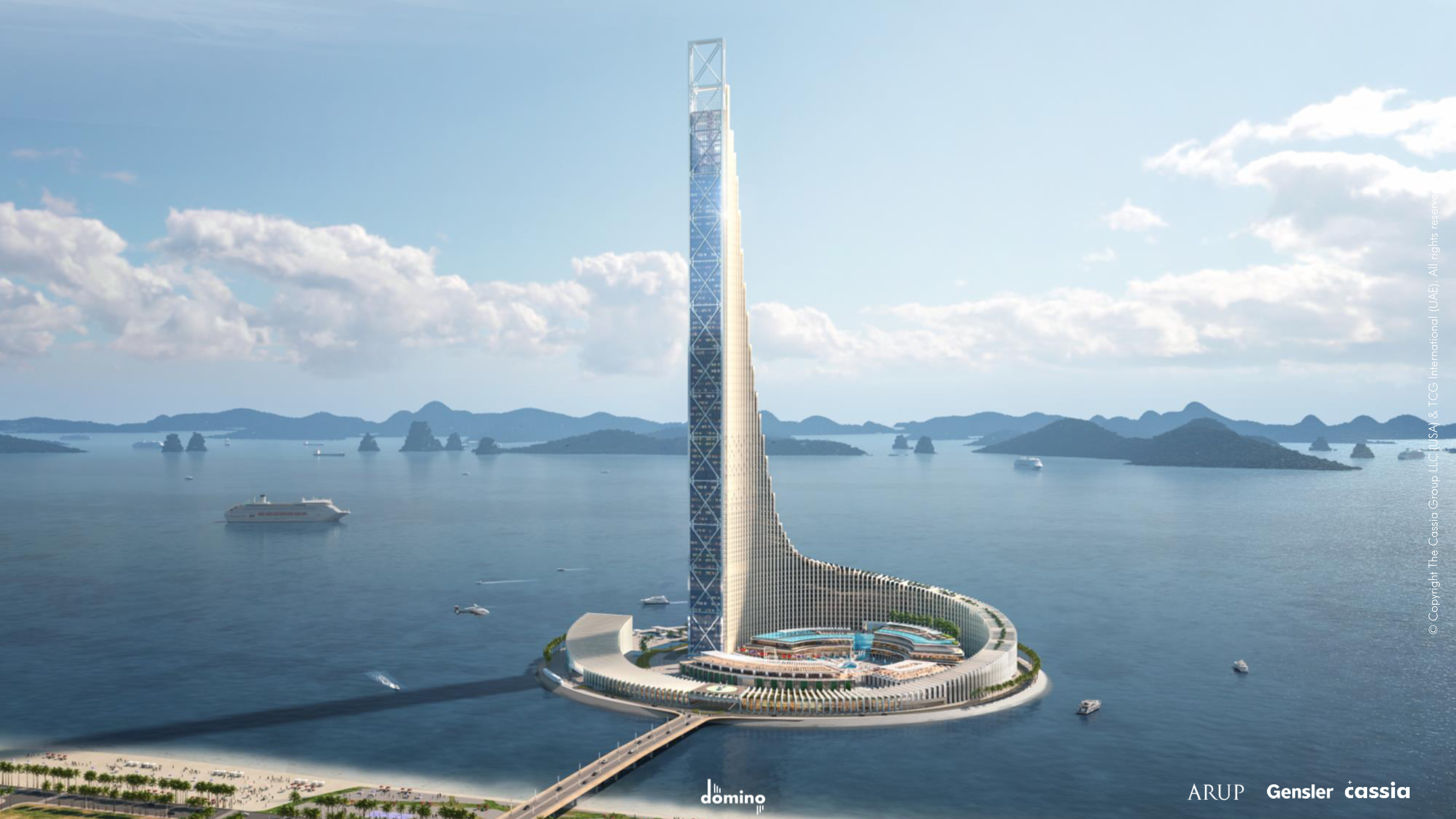 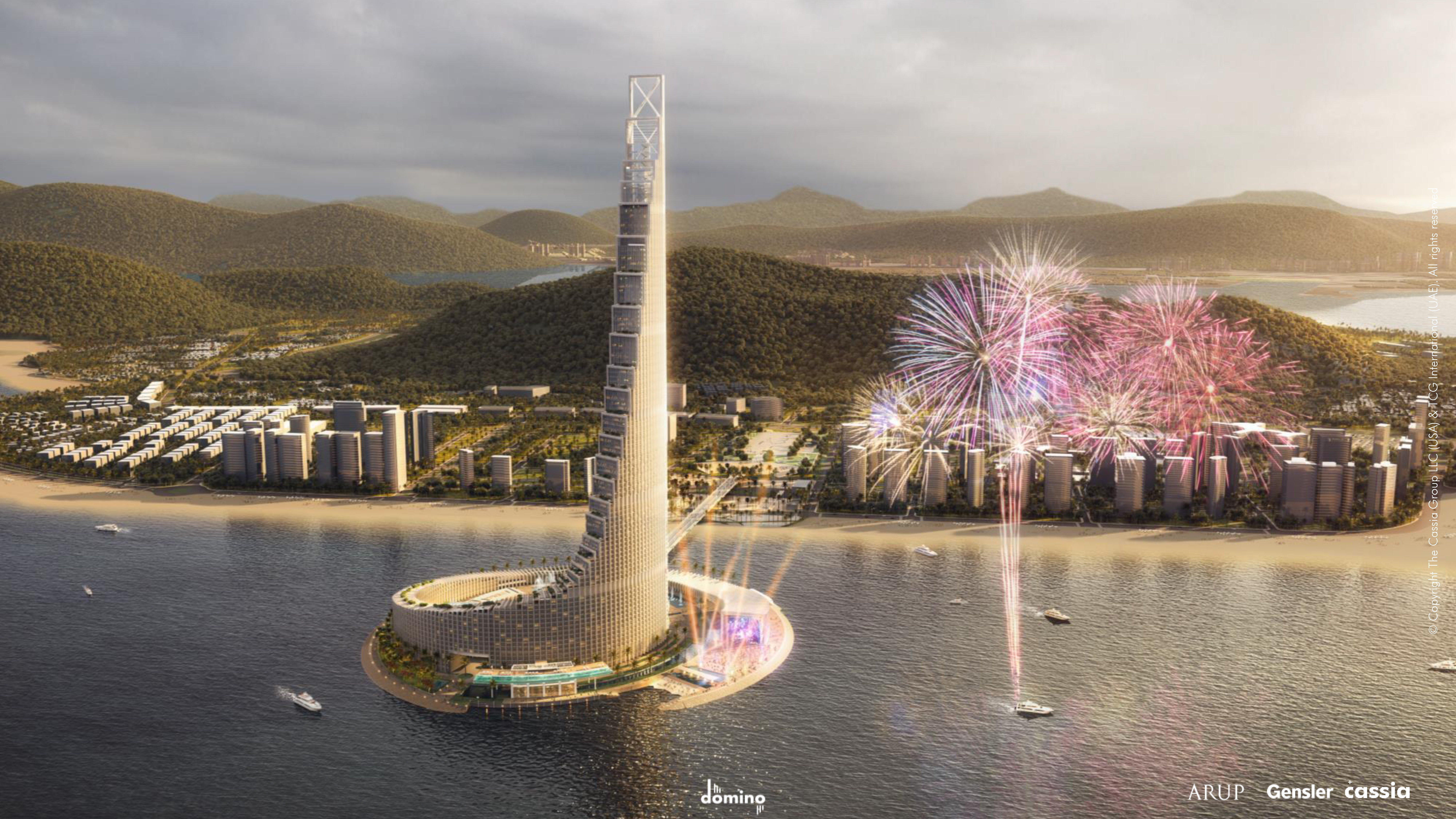 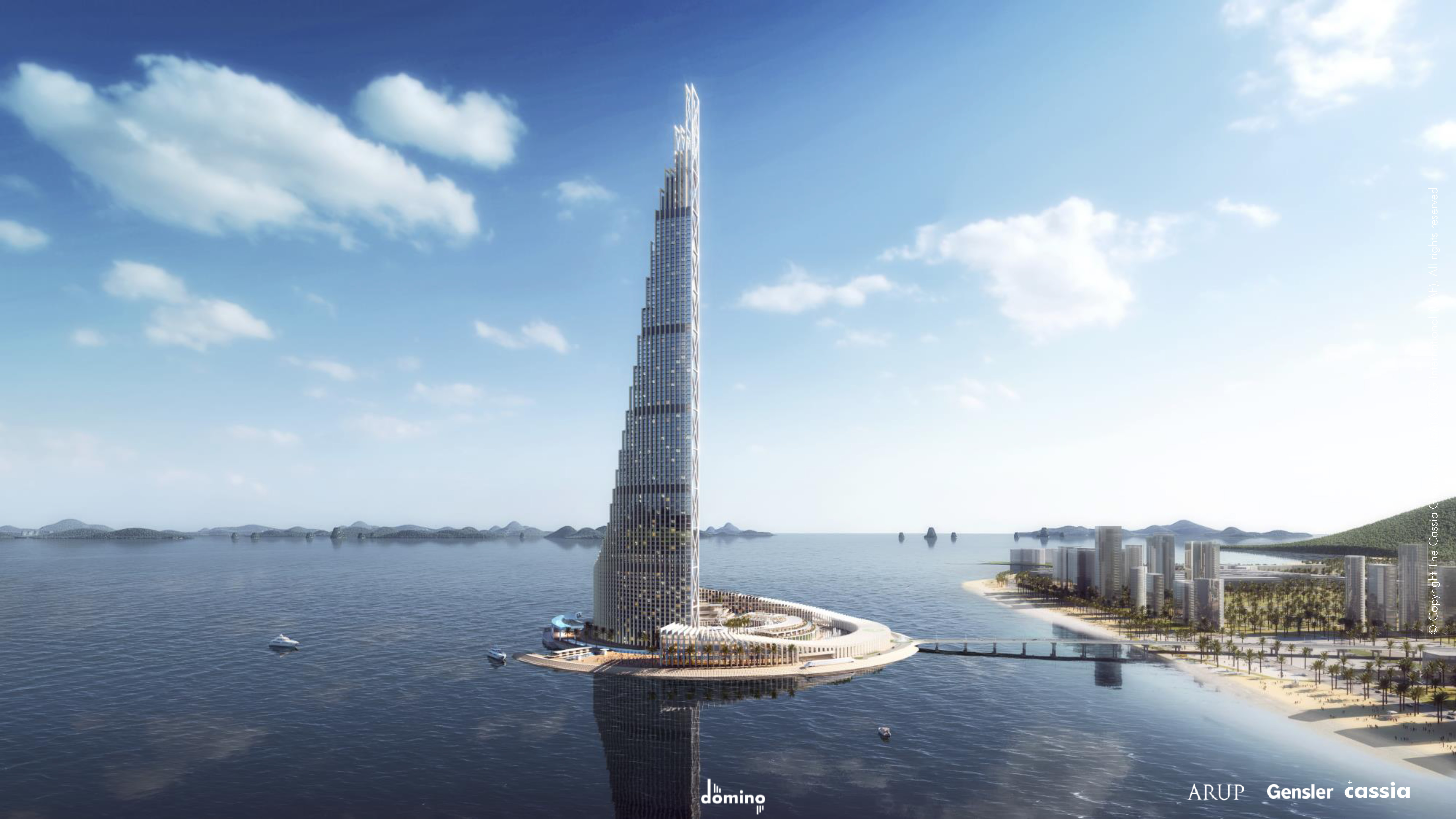 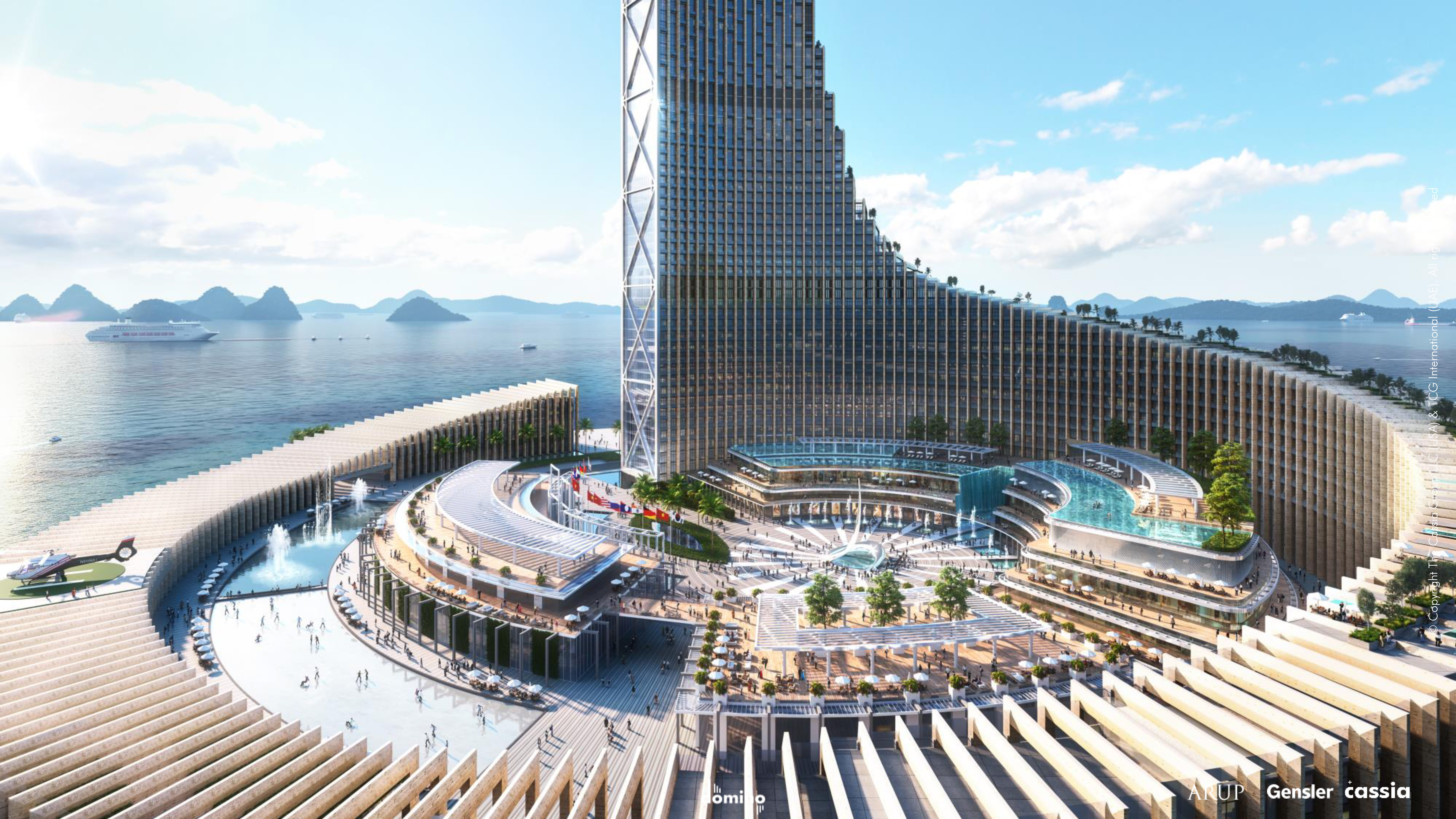 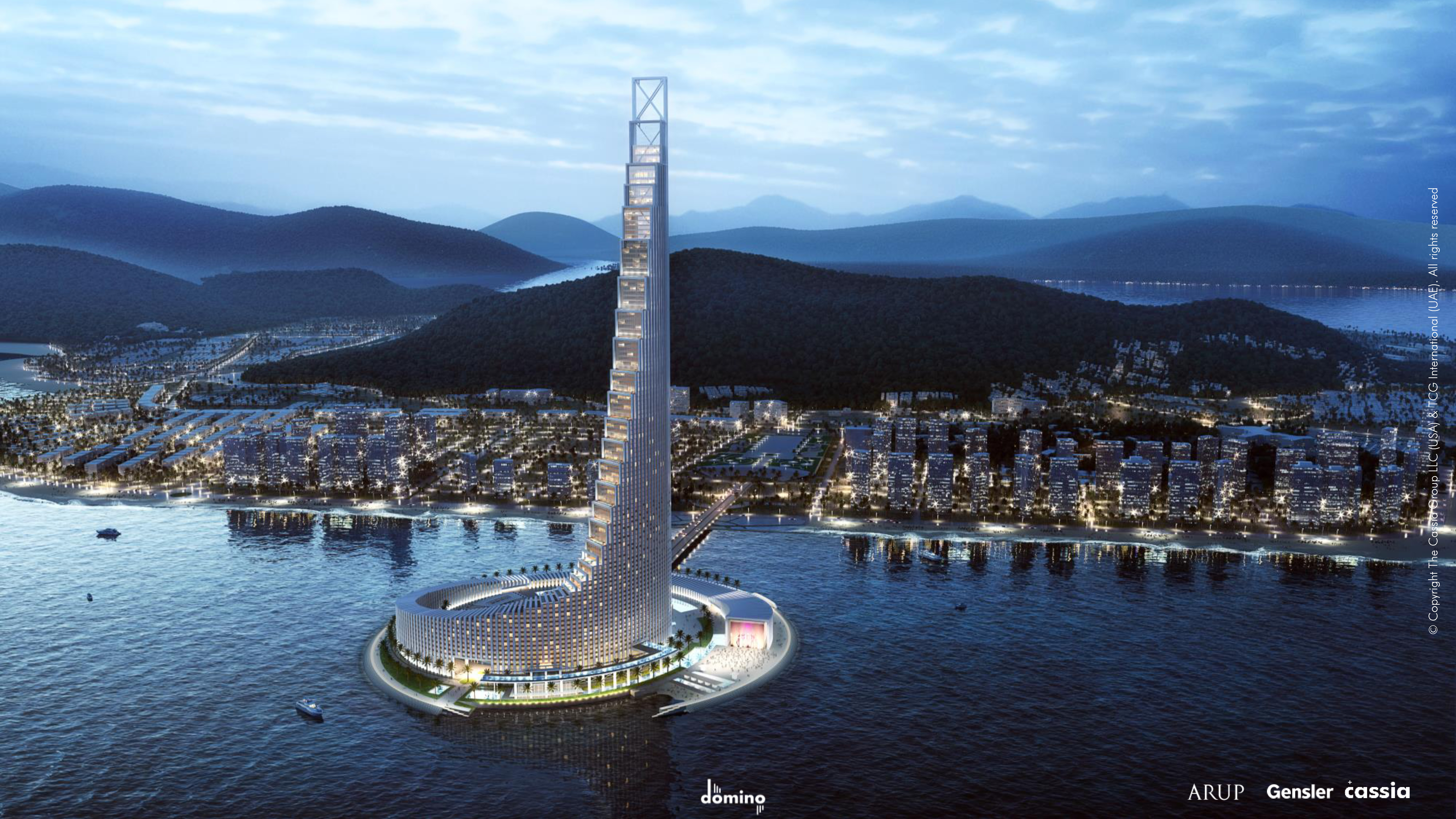 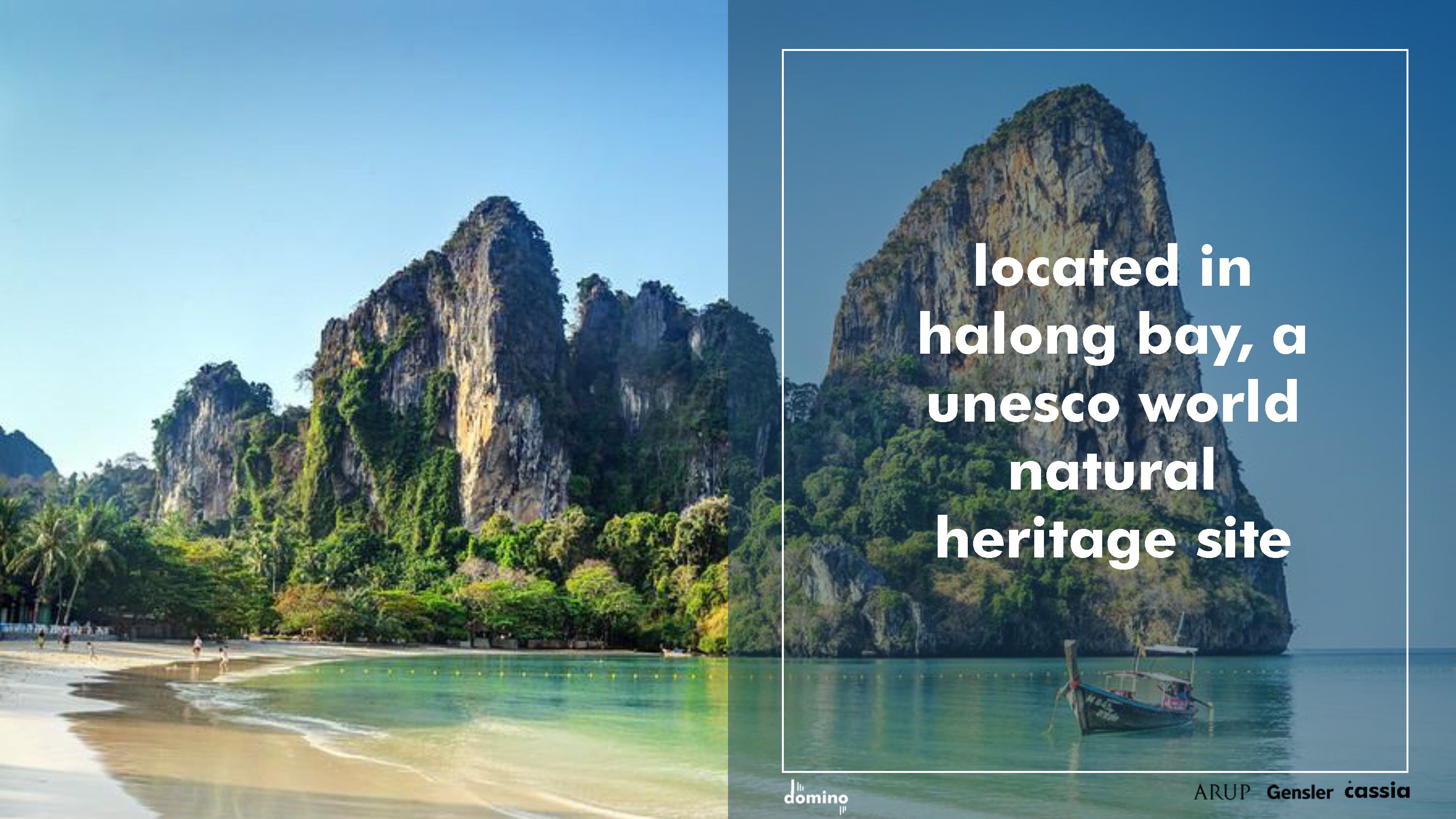 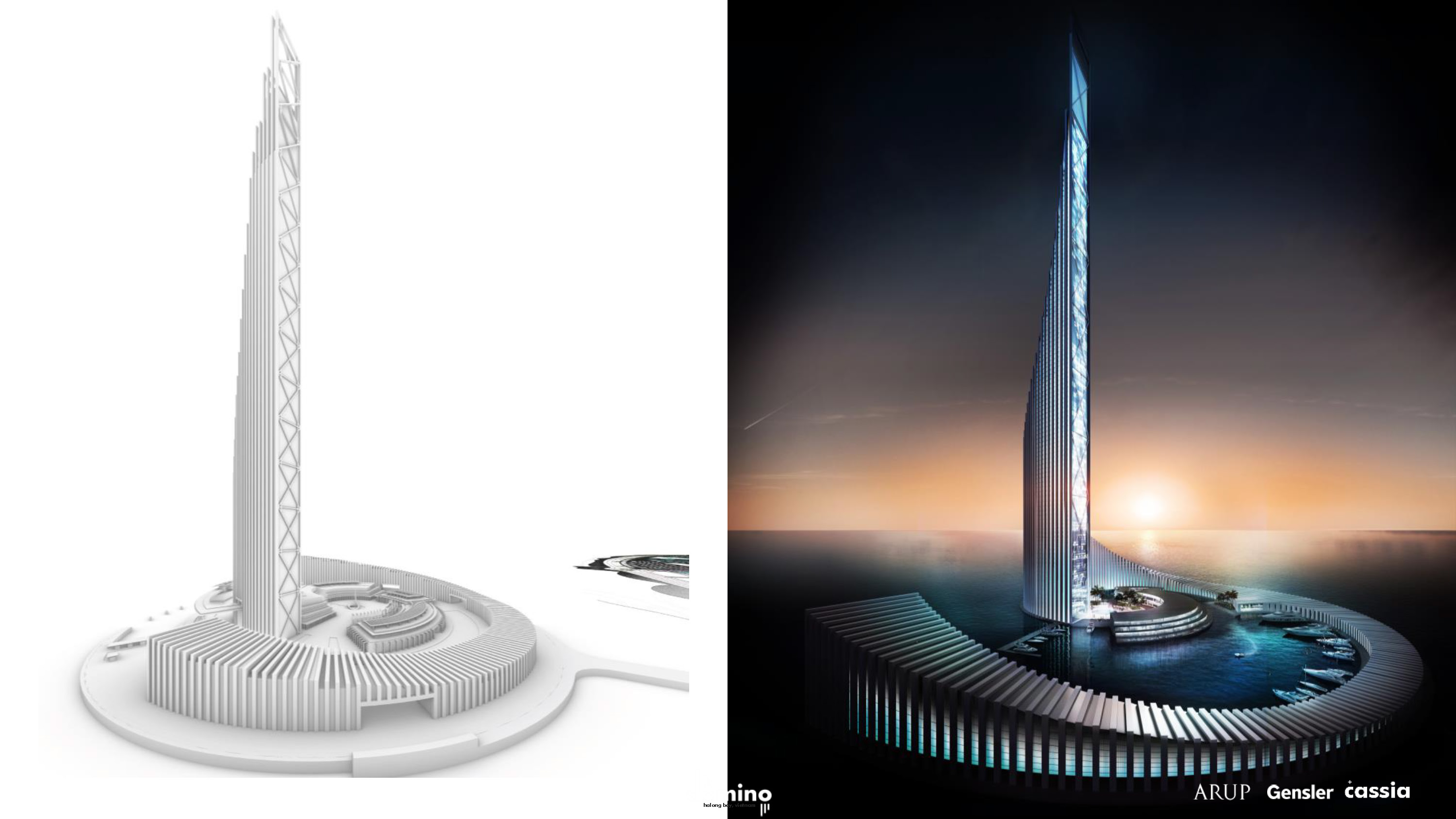 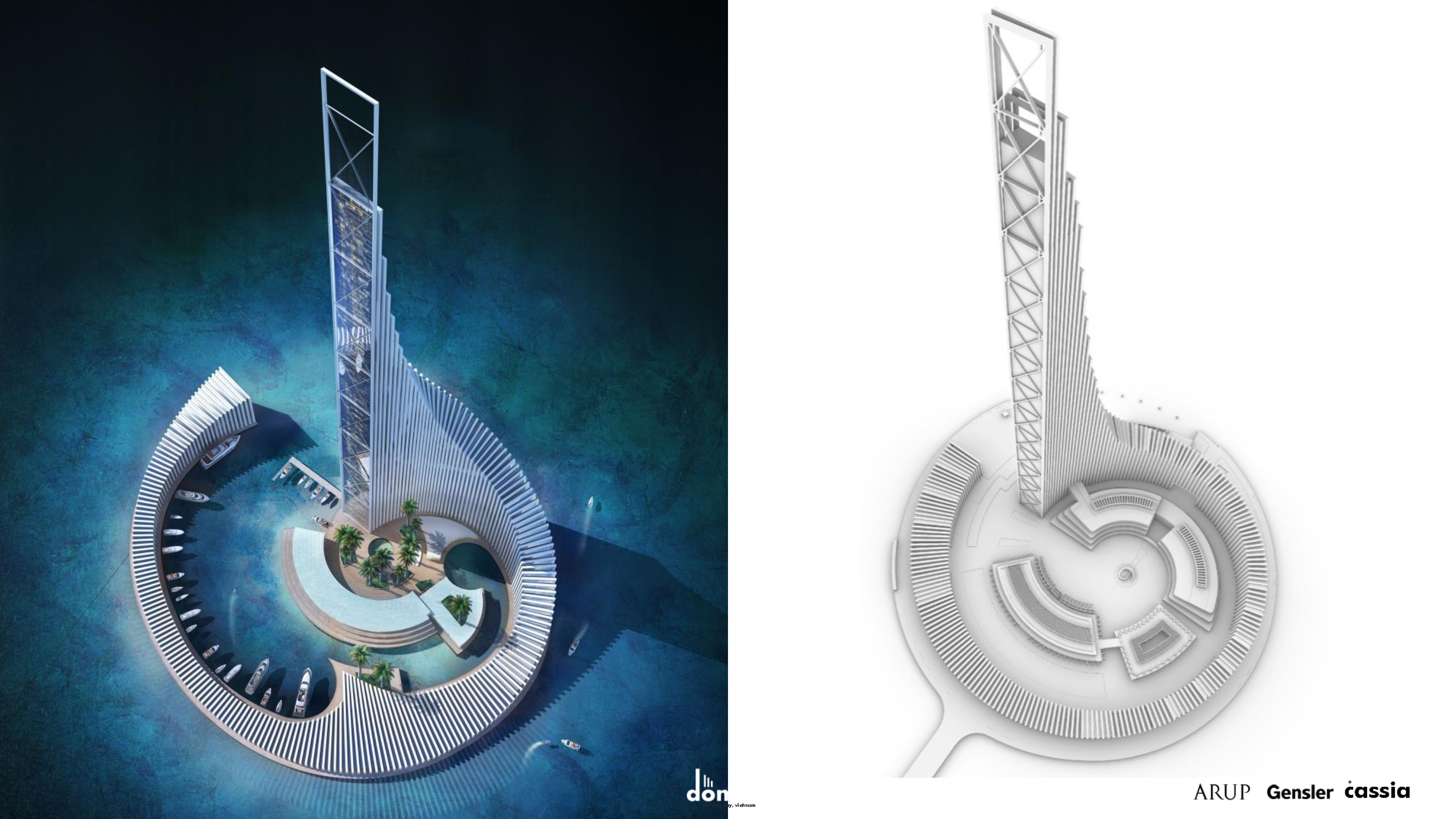 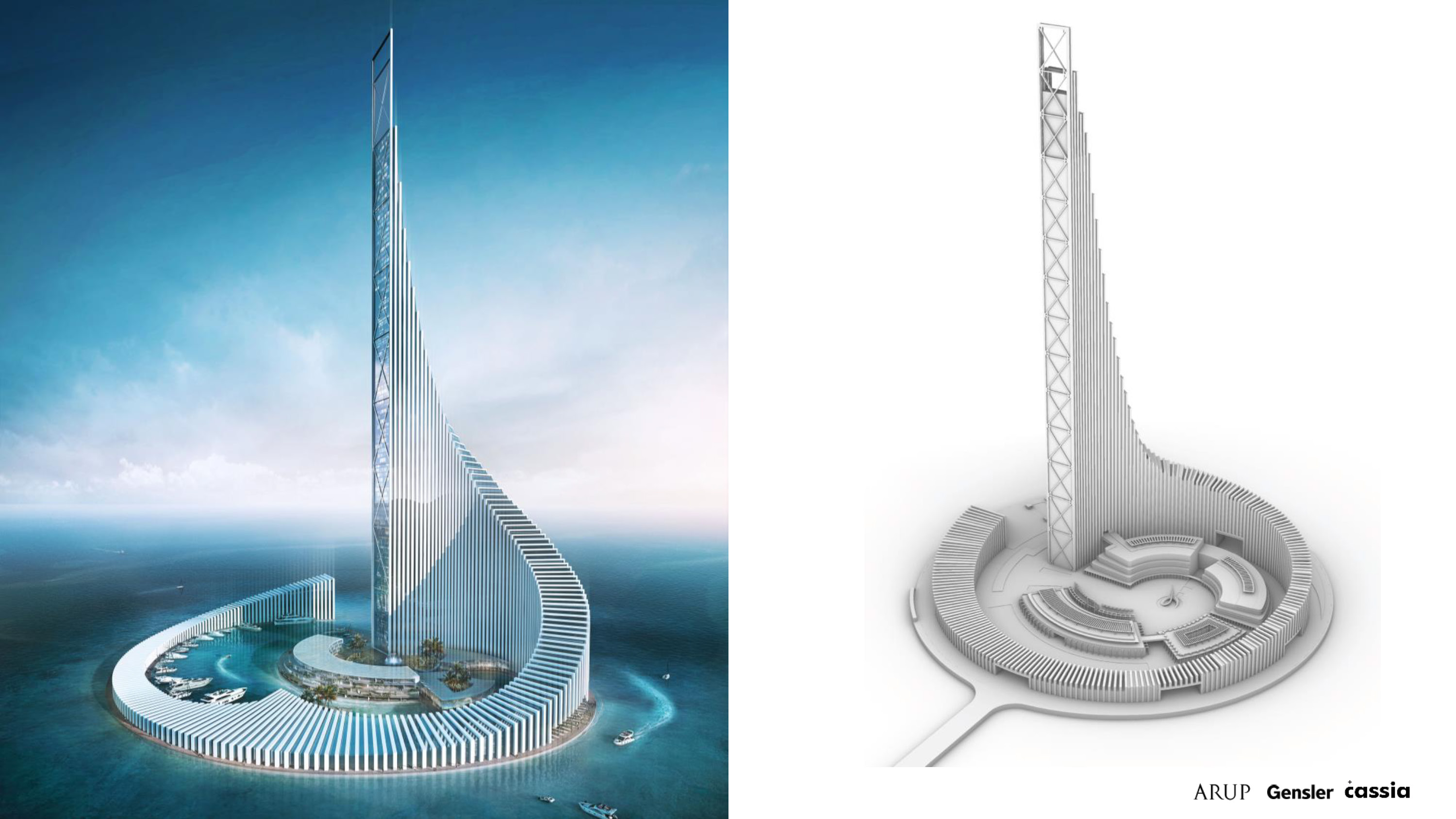 Emerging from the geometries of sound, droplets reverberating off the surface of water, local mythology and Halong Bay’s spectacular nature, Domino embodies Vietnam’s ascent in the last decade into a thriving Nation with a vibrant upwardly mobile society and culture as well as reflects the Developers’ successful four pillars of expertise in hospitality, entertainment, real estate and infrastructure.

The Developer’s visionary nature fostered a conversation that began in January 2019 around activation strategies for a theme park located on a major master plan developed on a reclaimed parcel of land facing Halong Bay. Having recently launched the Electrodom concept with London-based MyLoveAffair, a company co-founded by David Guetta, +Cassia initially proposed a festival activation adjacent to the theme park for an annual calendar of events. Part of the initial sketches also included an offshore tower nicknamed “domino” which was placed on axis with the festival plaza.

Domino was conceived as a multi-faceted semi-urban and resort destination, programmed to create distinctive experiences across the day, week and seasons and operate in tandem with the Electrodom concept on the plaza. Anchoring this 410,000m2 integrated development on a 12.5ha man-made island reinforced the iconic nature of the spiralling design, which reaches heights in excess of 500 meters.

The project comprises an observation deck with top functions, a 6 star hotel, a 5 star hotel, a service apartment program, two branded residences, a 70,000m2 retail program, a cultural and conferencing facility, an eventscape plaza; all supported by a fleet of ancillary functions that provide the project with a fully integrated experience, from the on-shore arrivals plaza to the island itself.

Domino is poised to hold a special appeal for a domestic, regional and international emergent generation seeking unique urban, leisure, lifestyle, social and cultural destinations within contained, accessible, integrated and secure environments. The project’s destination programming creates multiple points of revenue designed to engage residents and outside guests alike throughout the year and transform the project as a “must visit” global destination.

Designed in association with Gensler with pre-engineering studies by ARUP.