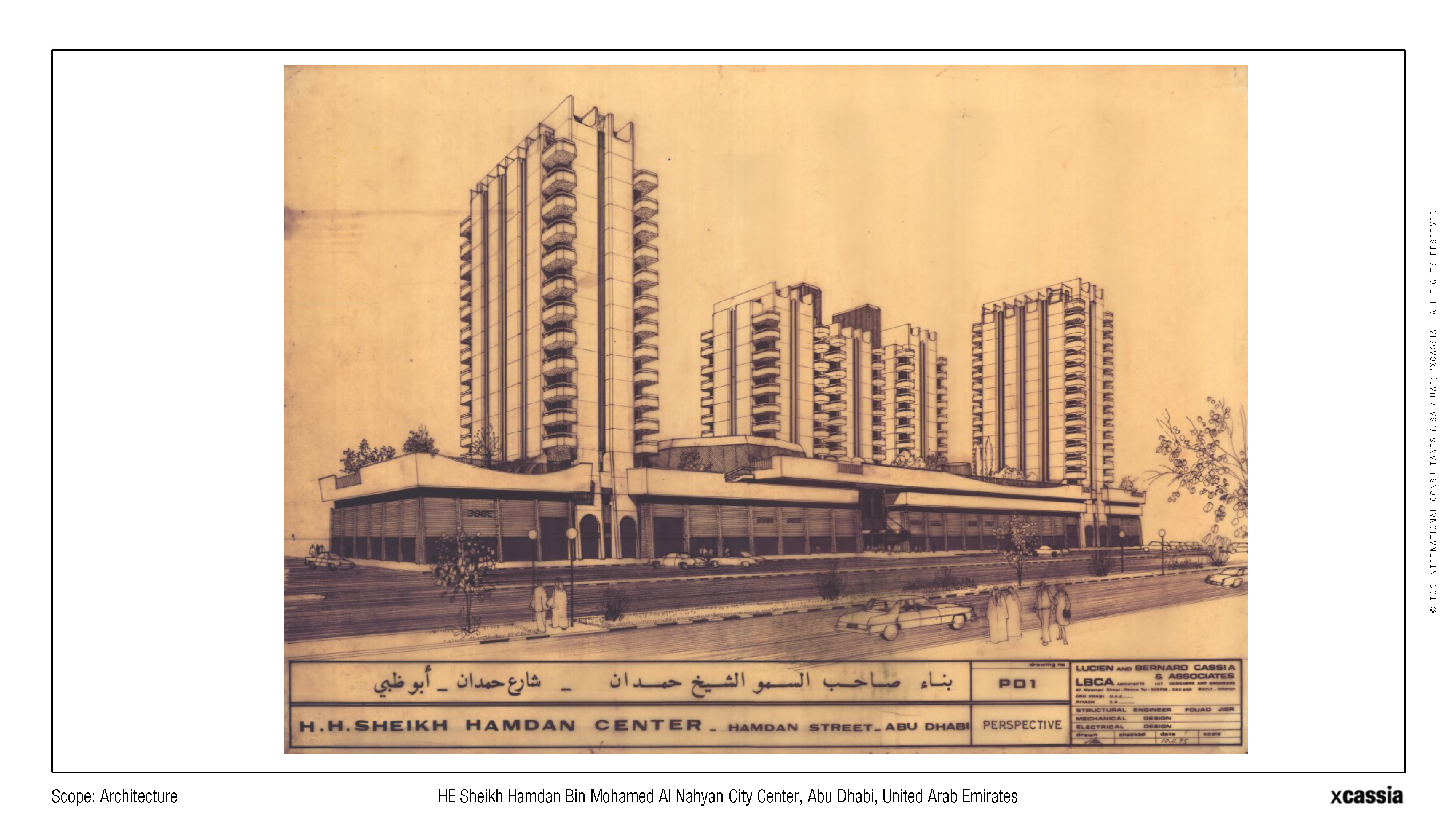 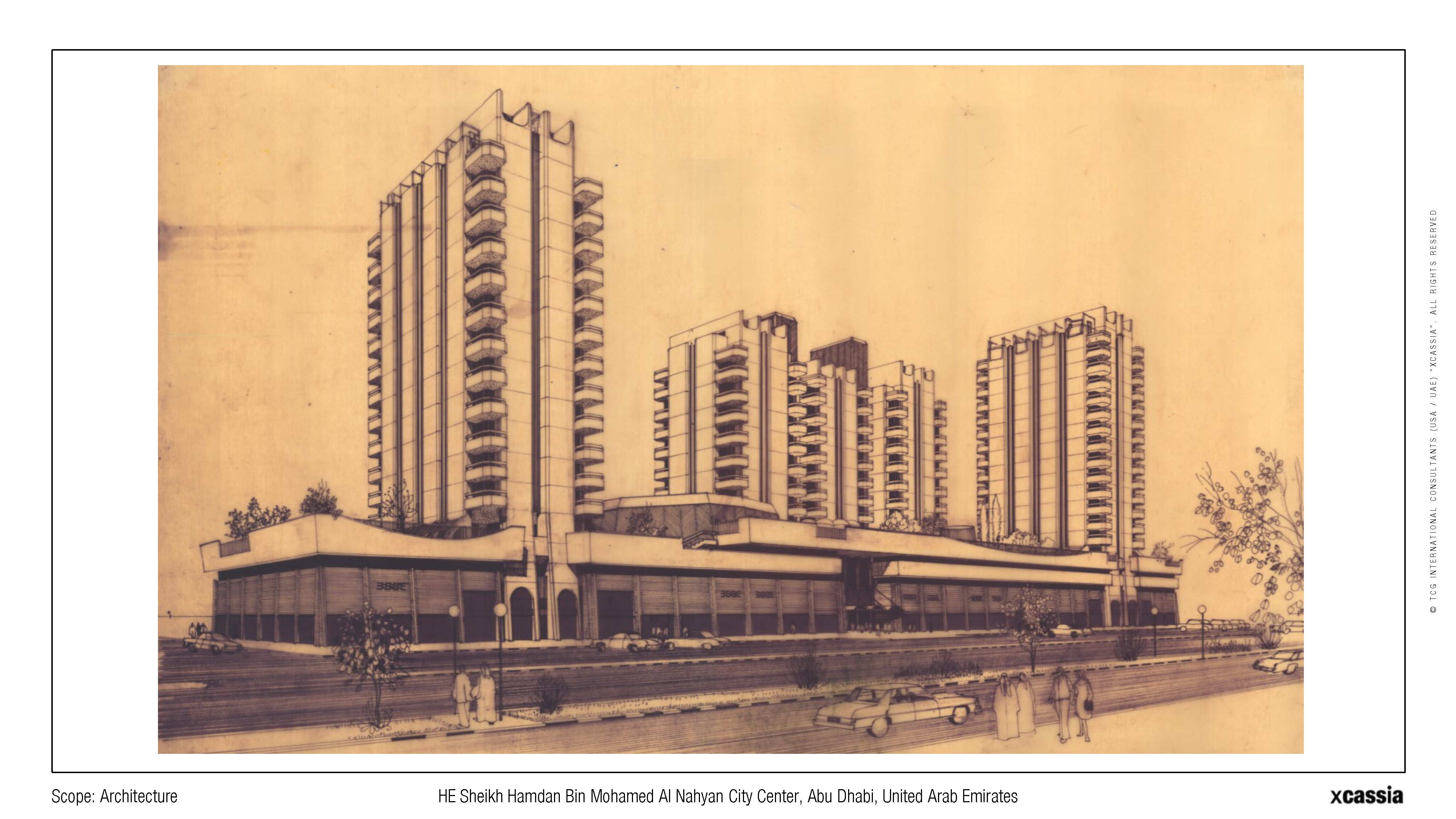 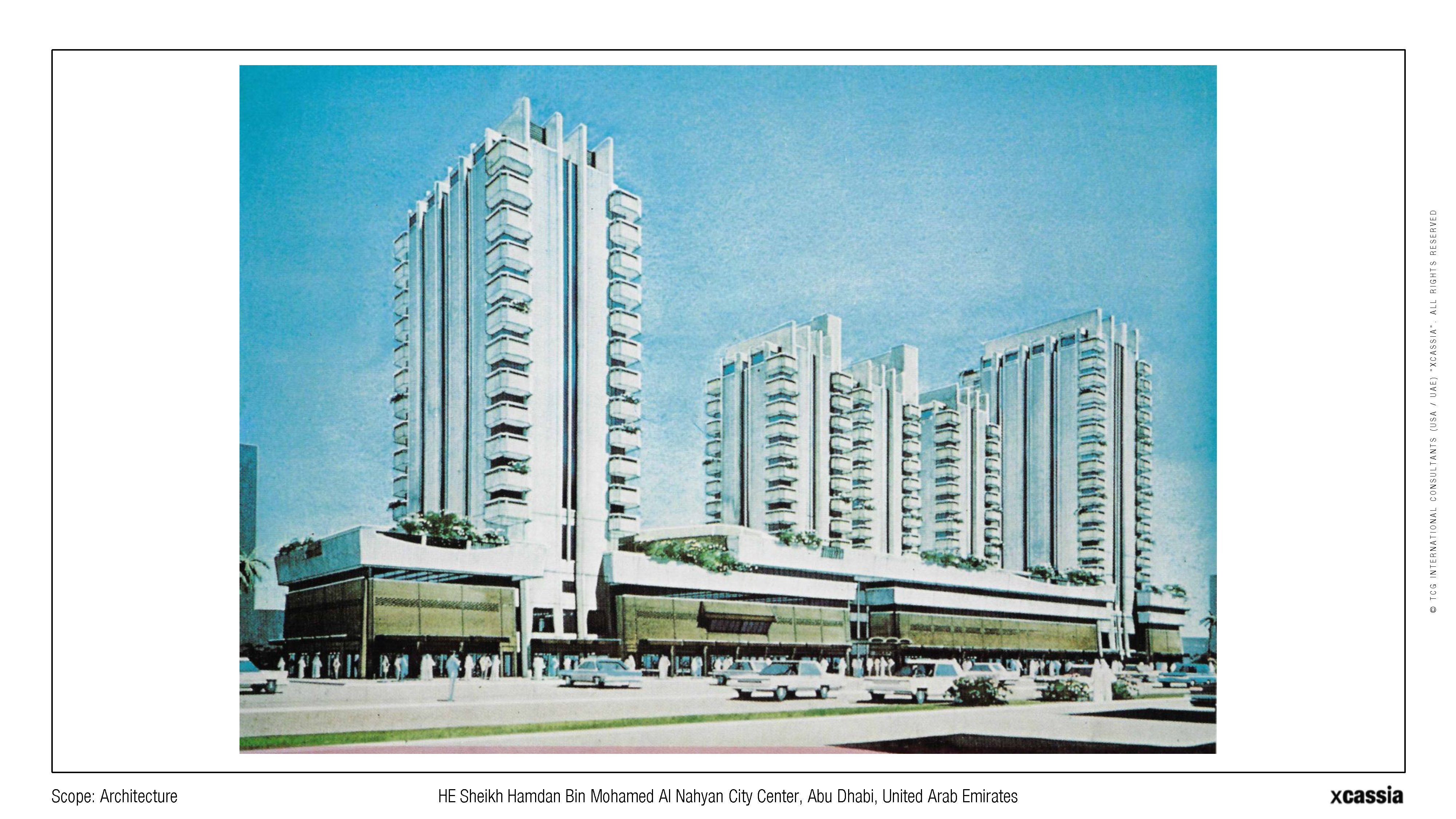 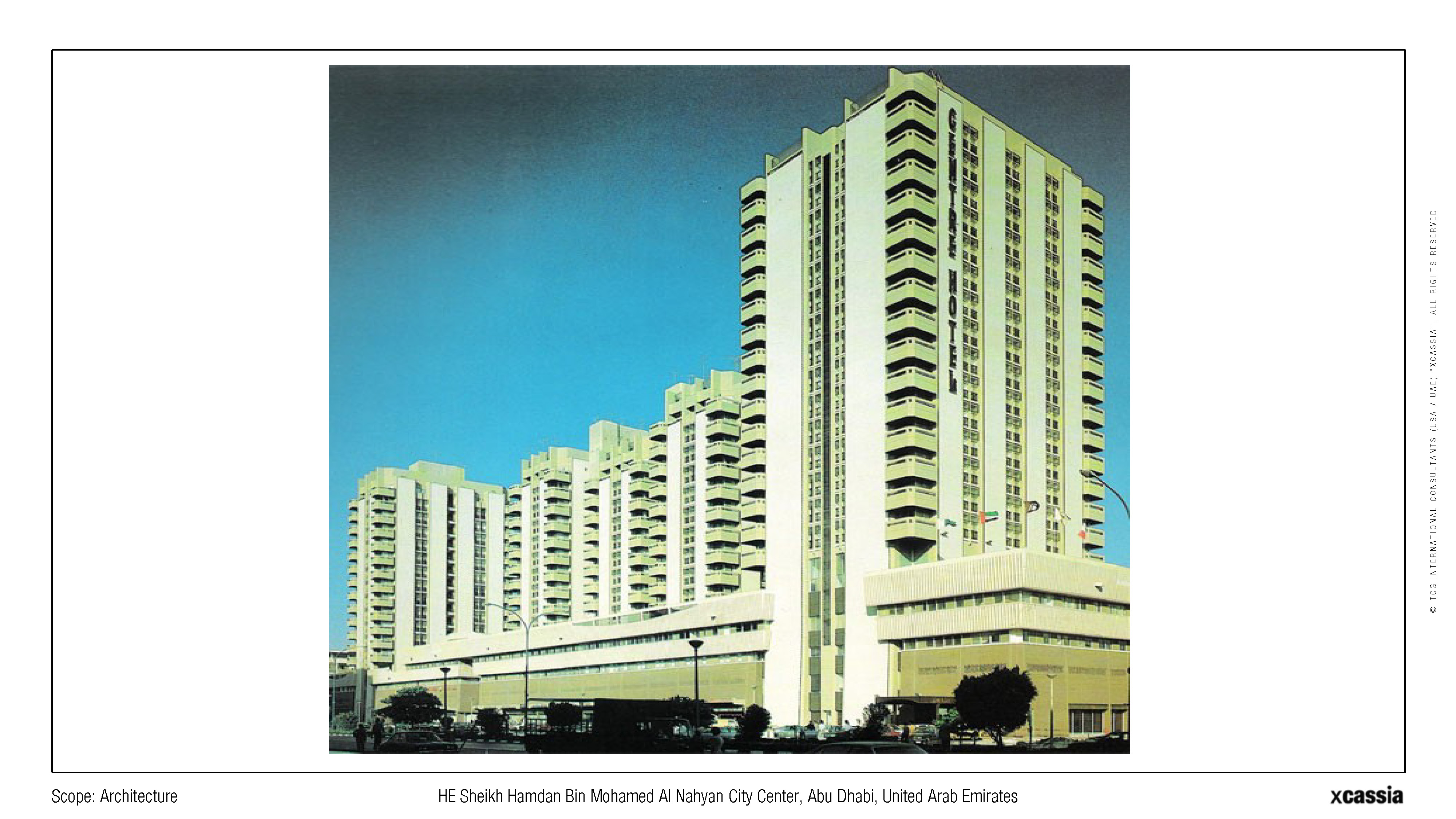 This 50,000 sqm mixed-use commercial development was a landmark once completed in Abu Dhabi in 1977 and comprises of a 250 key hotel (now the Novotel Abu Dhabi), a commercial mall on the ground floor, offices on levels 1 and 2, and four residential towers above podium with restaurants and amenities.

This was one of the first and largest business and commercial centers built in the United Arab Emirates. Located on the prominent ‘Sheikh Hamdan Street’ in Abu Dhabi, it occupies a complete block. Besides the request to incorporate residential apartments and a hotel, the commercial character of this street induced for the provision of a large shopping mall.

The massing of the whole complex reflects clearly its various functions. There is the large base built to the limits of the site, and five different individual towers rising from it. The base is of two floors and contains all 4 entrances to all the towers as well as to the inside mall and the cinemas. Many of the shops overlook the surrounding streets and many more are inside the mall. The later has openings through the roof to allow in natural daylight. The roof of the base is used as large terraces for the towers. On one side, there is a swimming pool for the hotel tower of 250 rooms. On the other, there are gardens and large terraces for the 180 luxurious apartments. Those apartments are distributed in the 4 towers on different sides of the project. They all have minimum openings to reduce heat gain in the hot summer season. They also have small balconies, enough to provide an outdoor space for every apartment.

The design concept was to compose the numerous volumes and functions in a harmonious manner. The method was sculptural. It involved creating links between the towers and the base while every tower rose independently with strong visual identity to where it stands on site. The base is highlighted by a band of straight lines crowning its upper end. These lines are only interrupted when they come across the towers, and enough to provide a smooth intersection between the horizontal movement of the base and the vertical stretching of the towers. Every high end of every volume, either the base or the towers, is monumental. It is either an ornamented continuation of the stretch of the towers, or a crowning effect of a wide and celebrated top.

The structure is built of reinforced concrete. The facades are a combination of fair-faced concrete and white ceramic tiles - the latter known to be the signature of the architect in most of his buildings. His choice of material is based on obtaining long lasting, low maintenance and durable buildings.