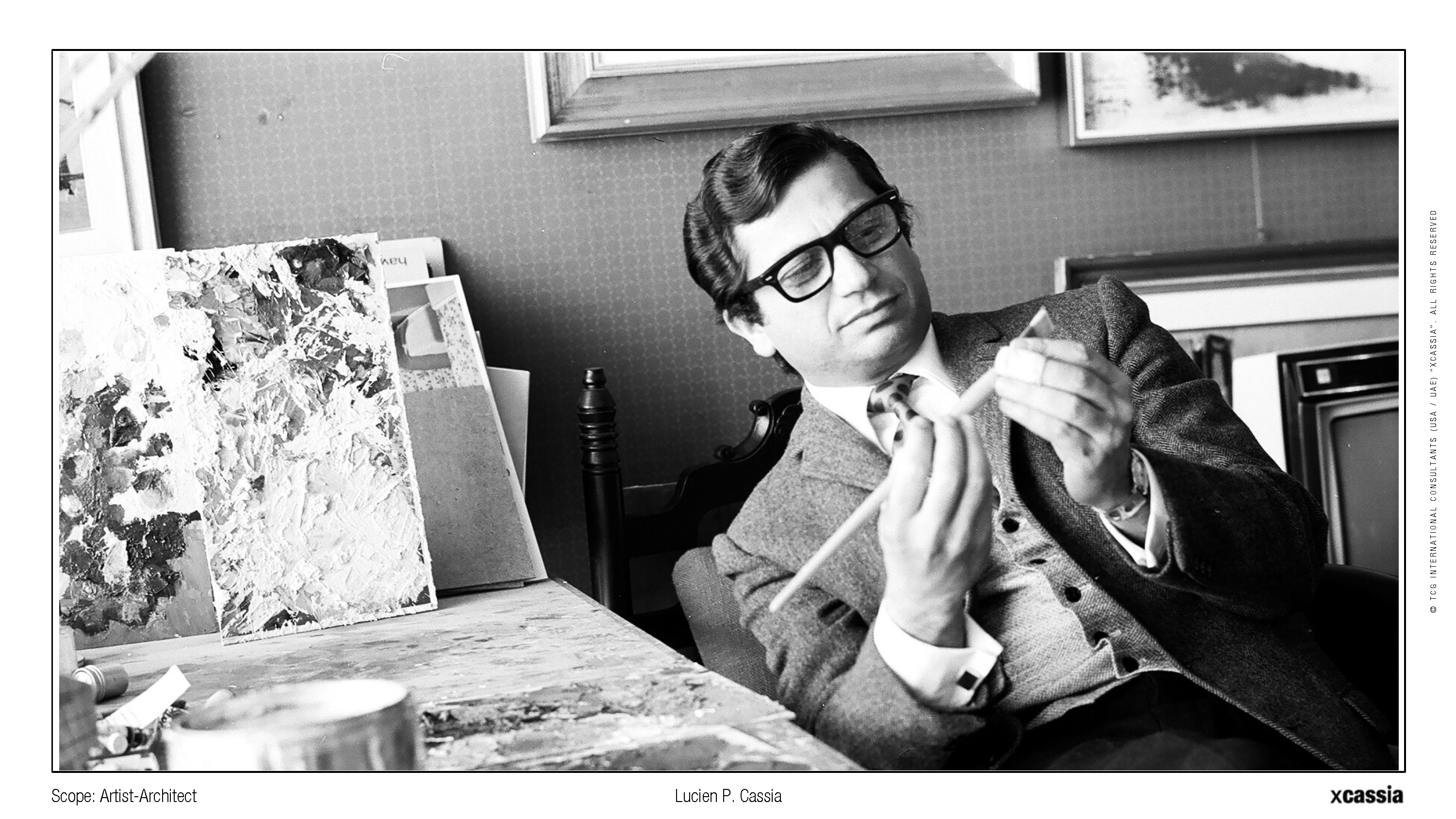 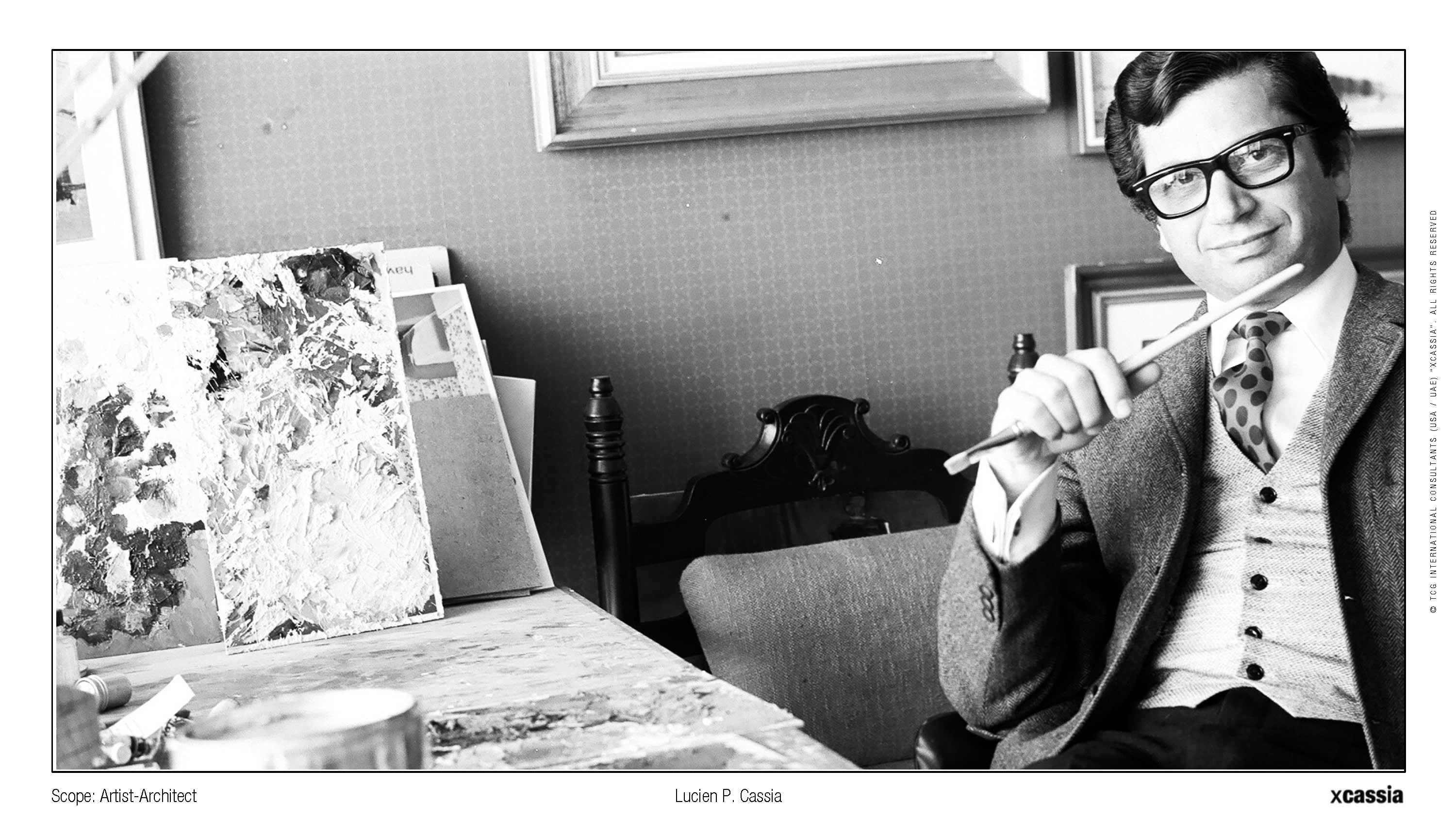 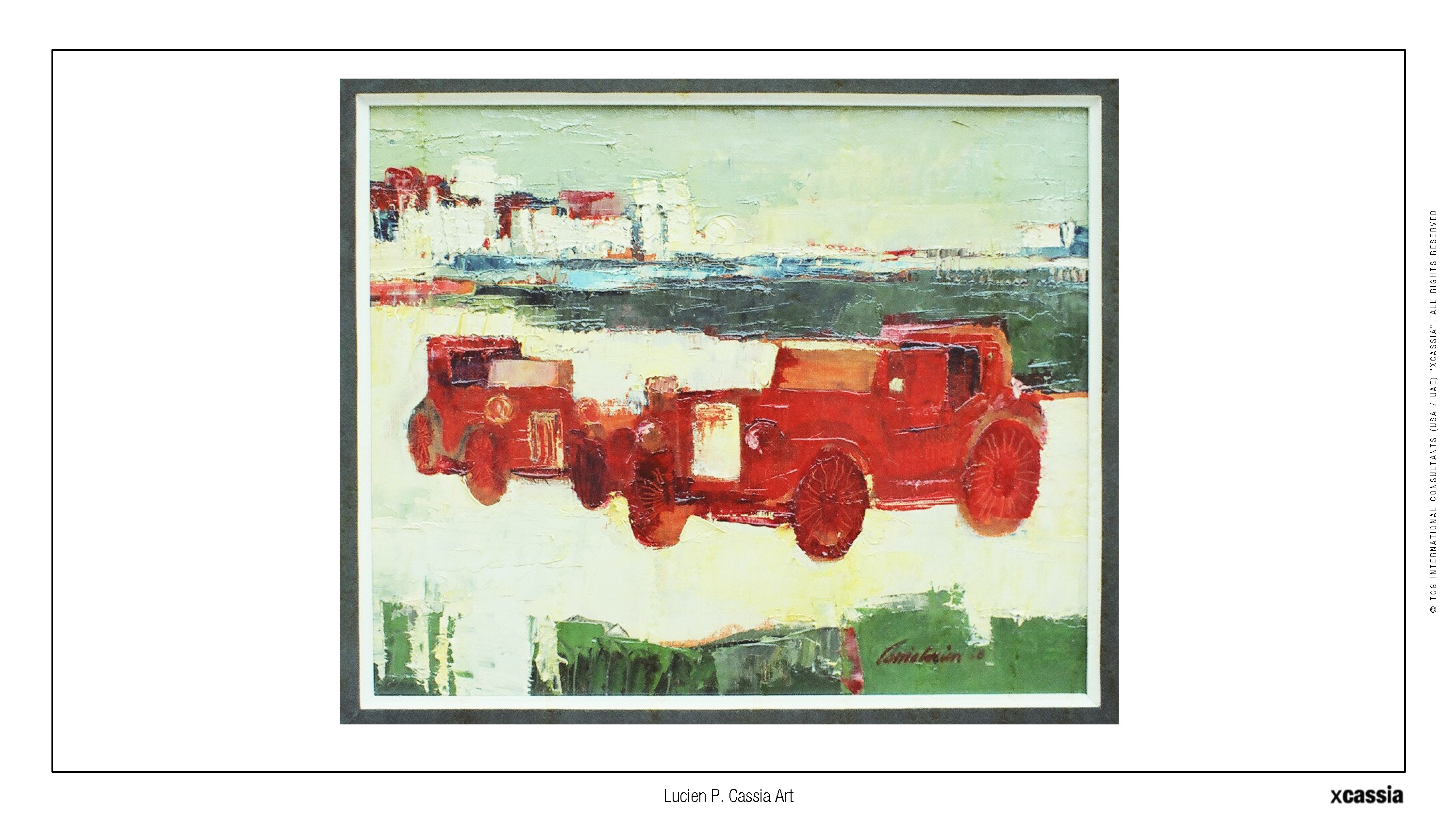 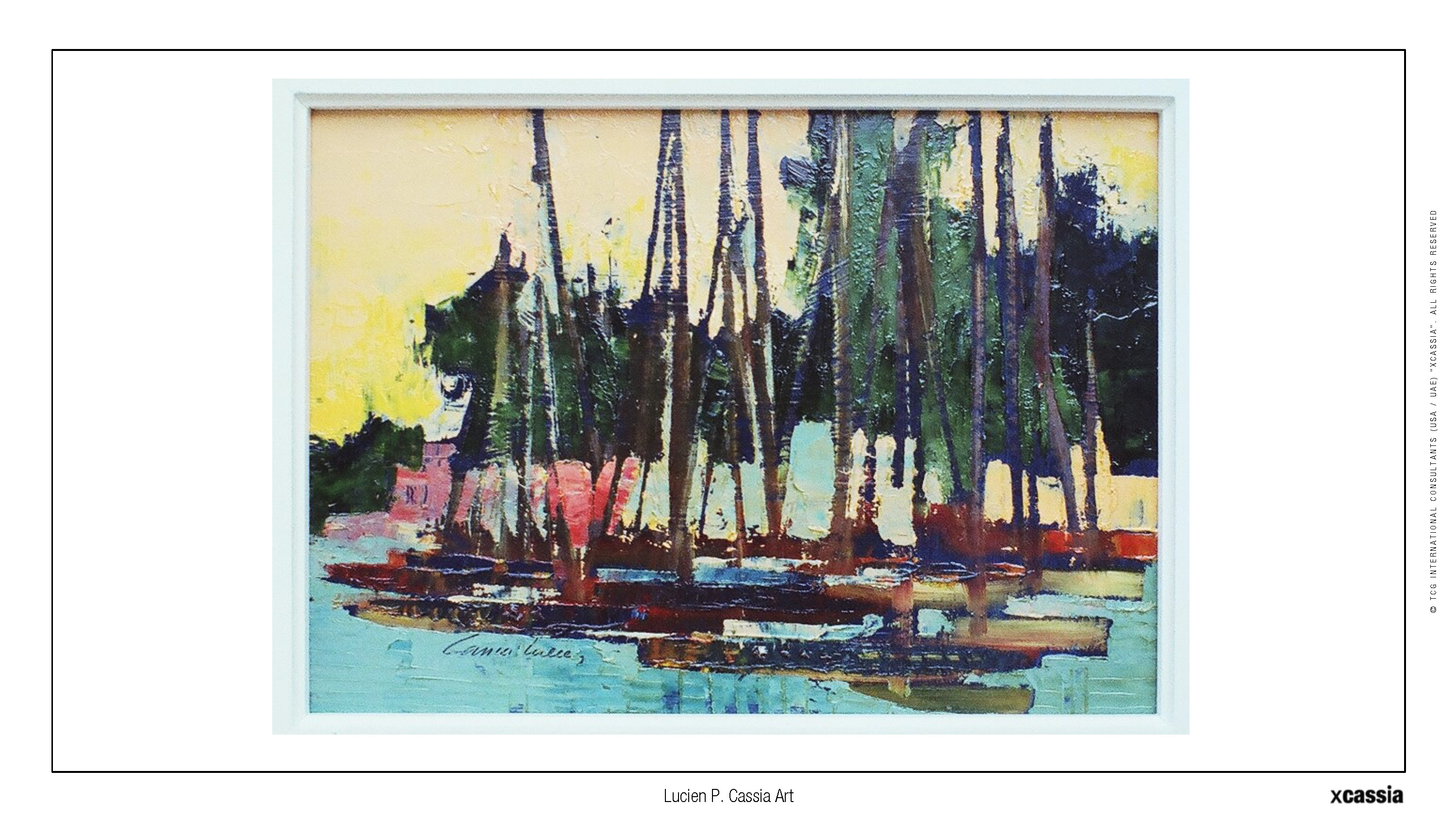 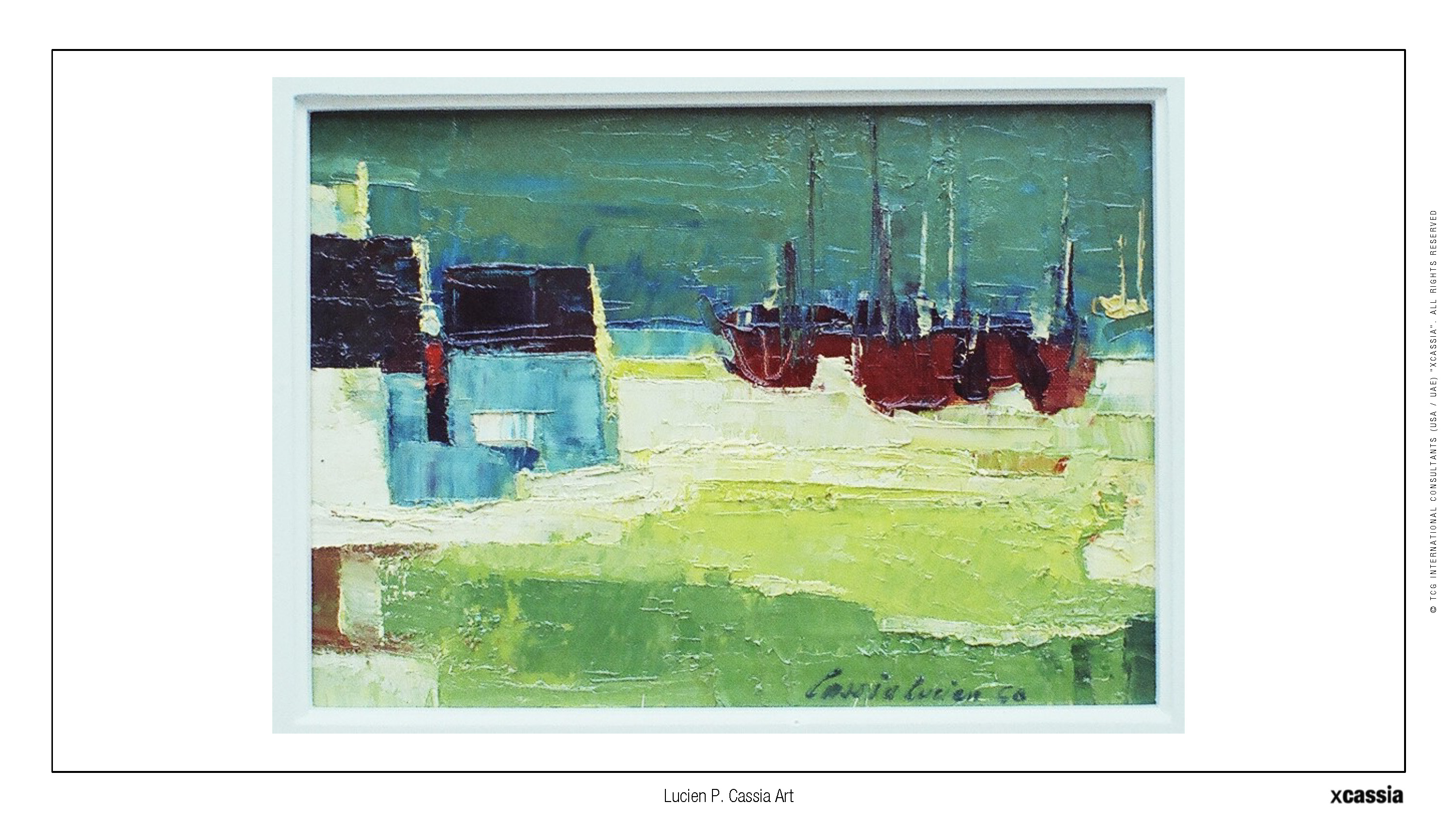 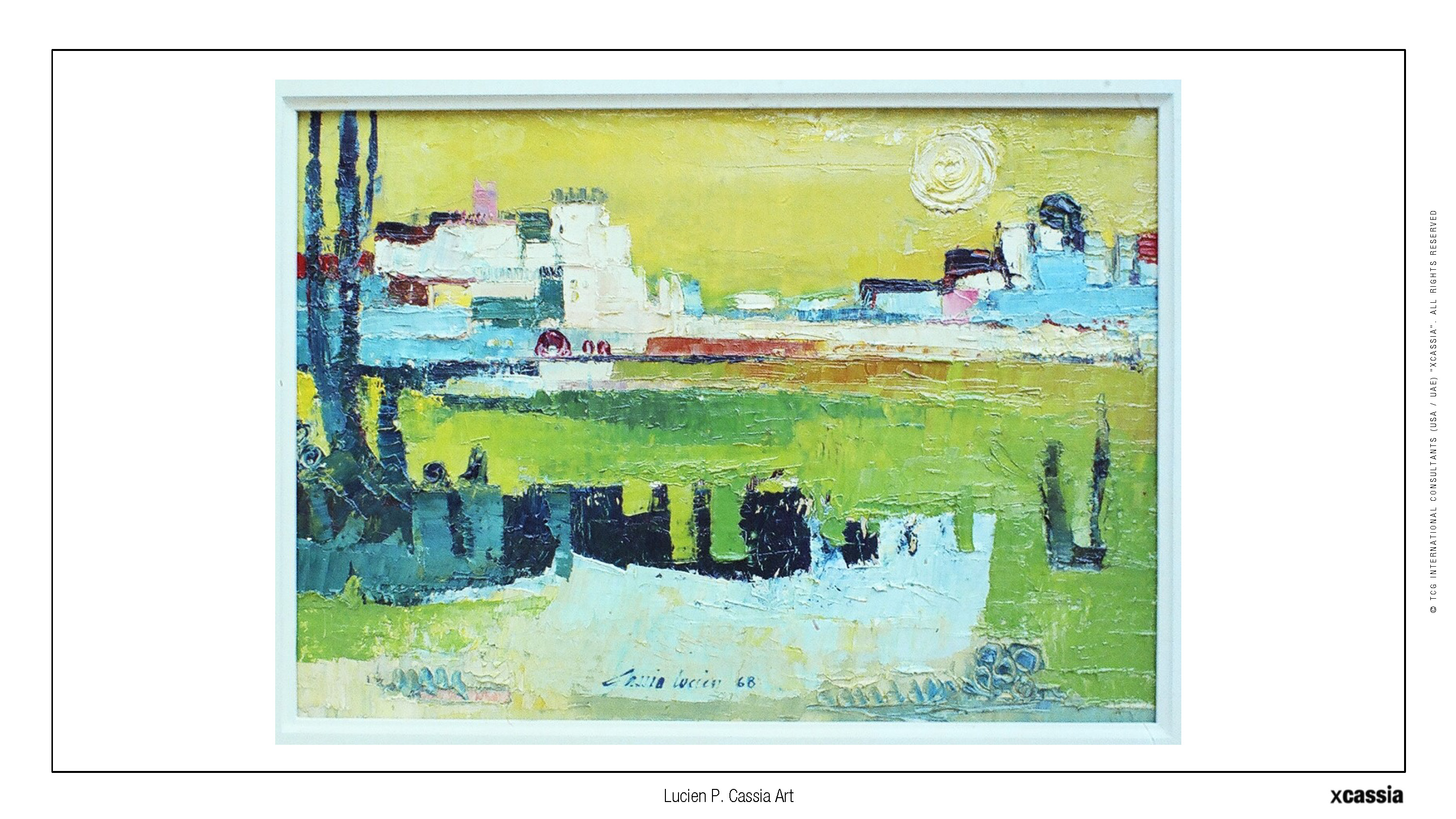 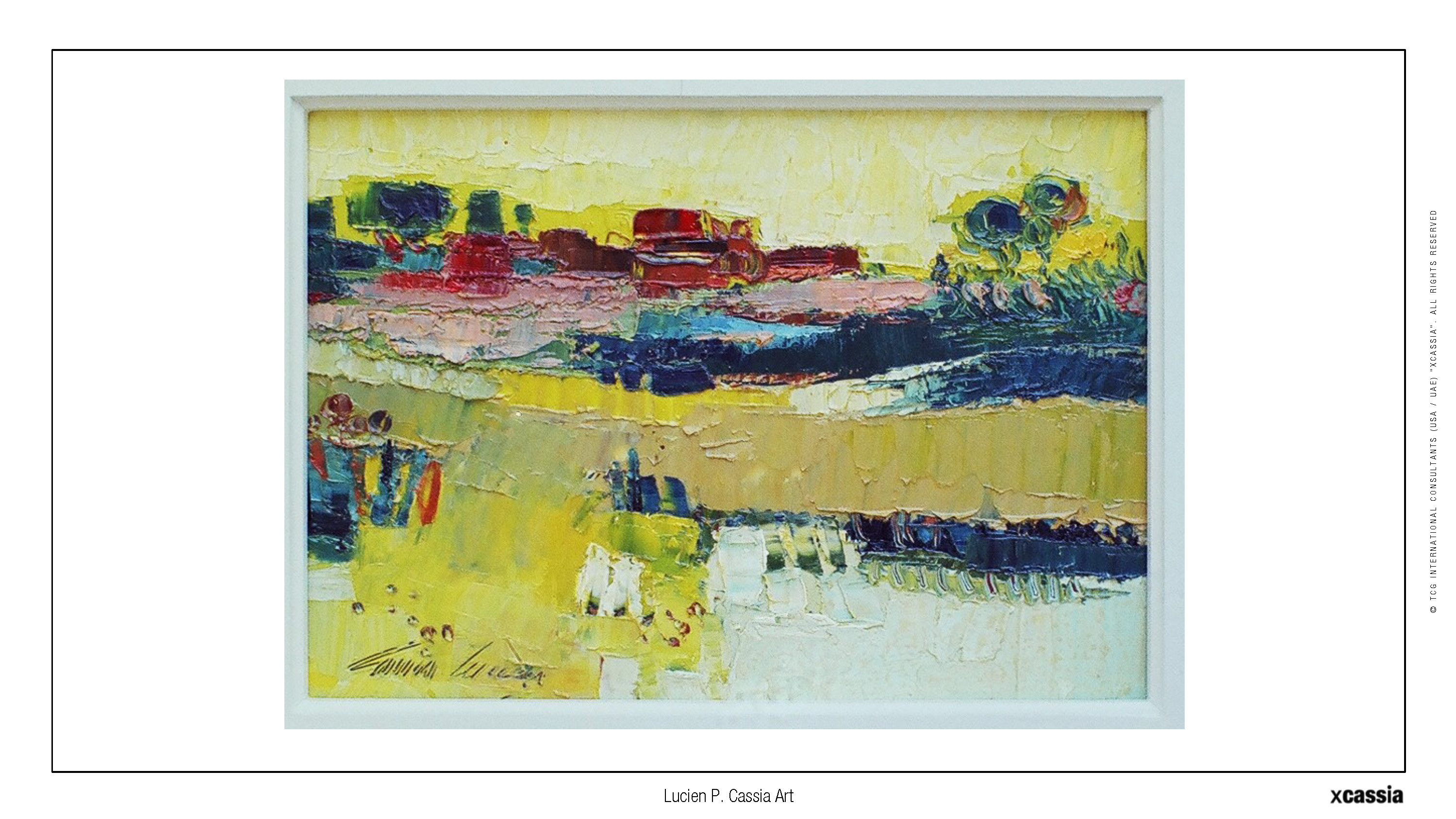 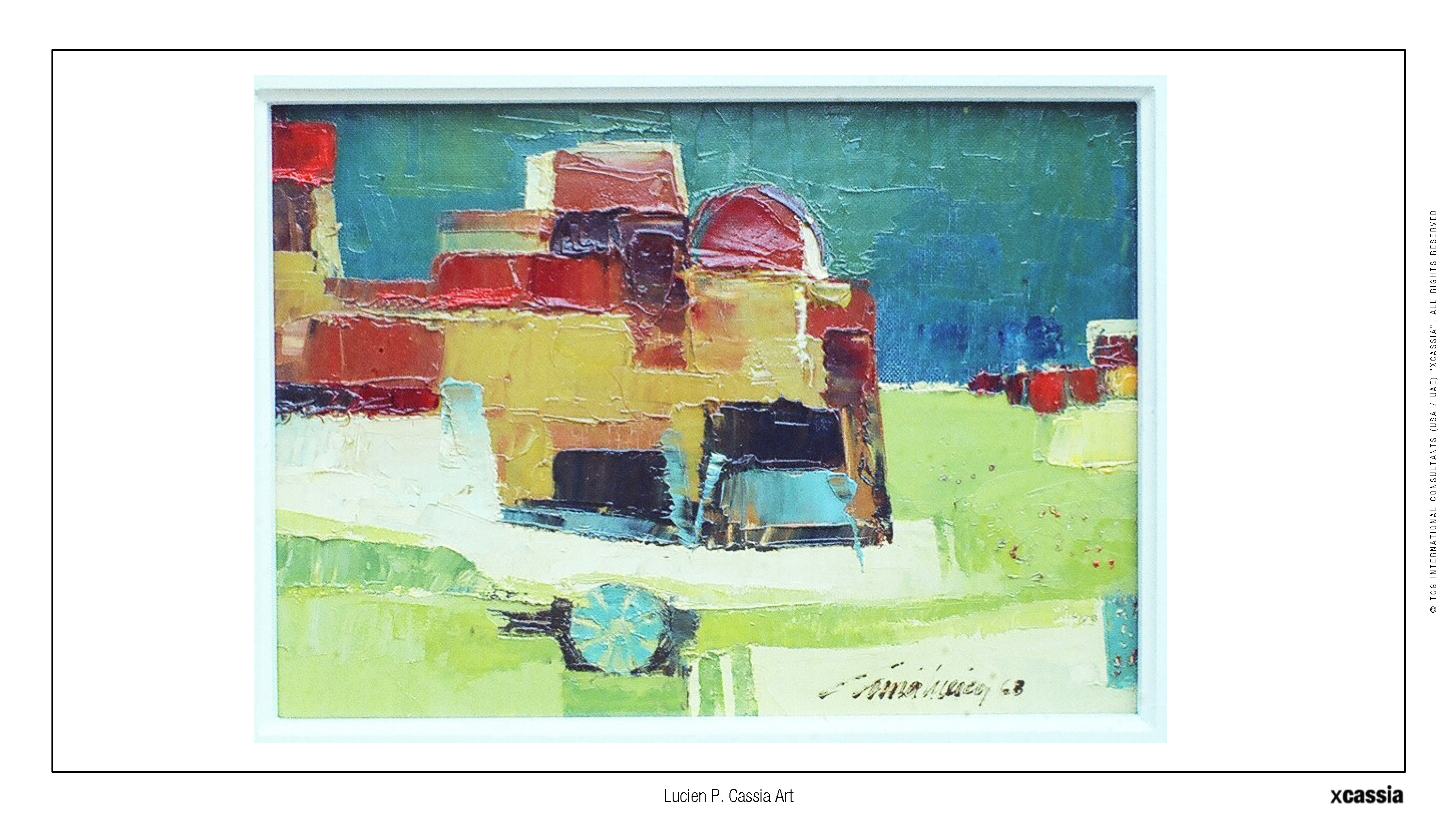 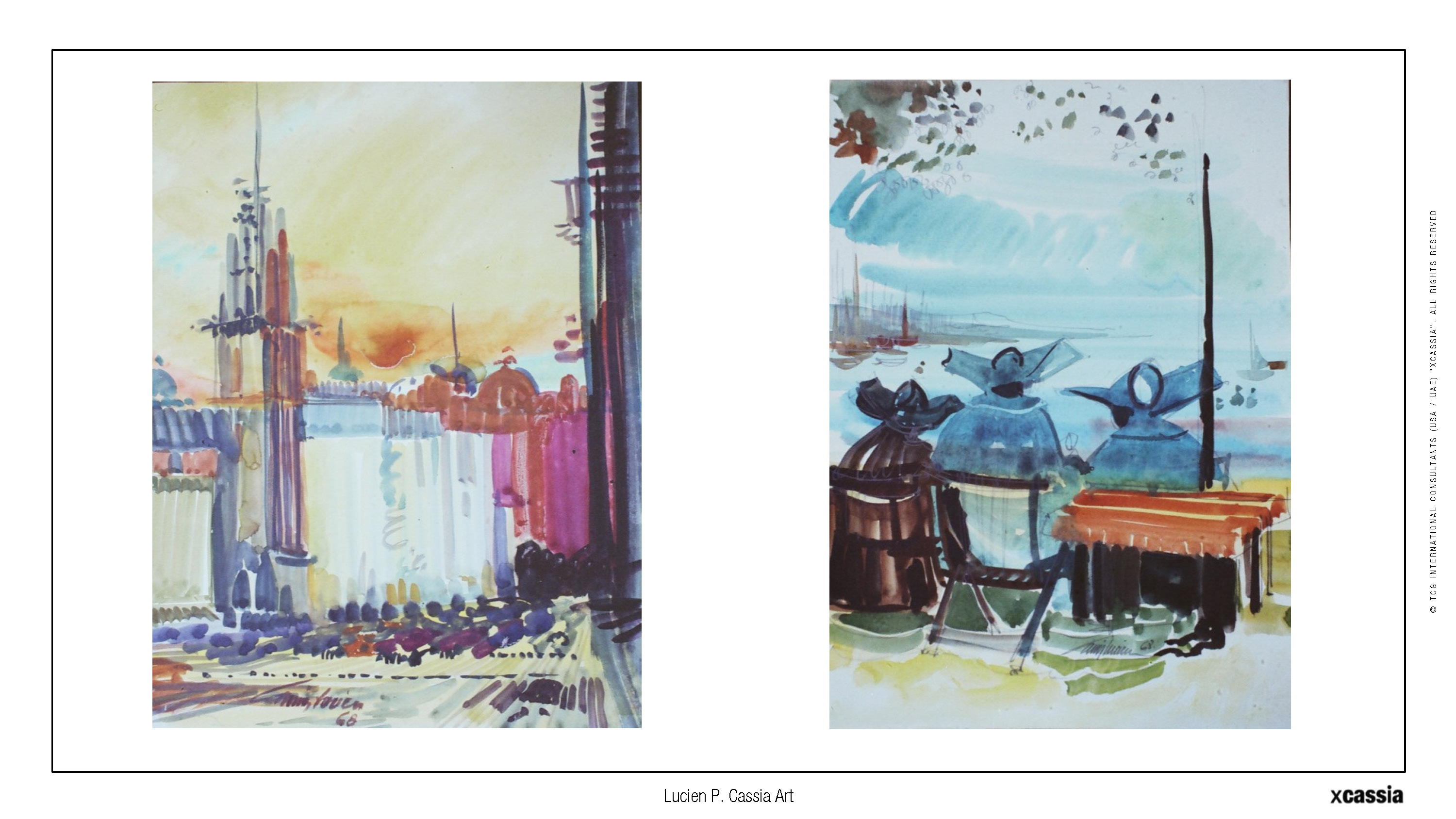 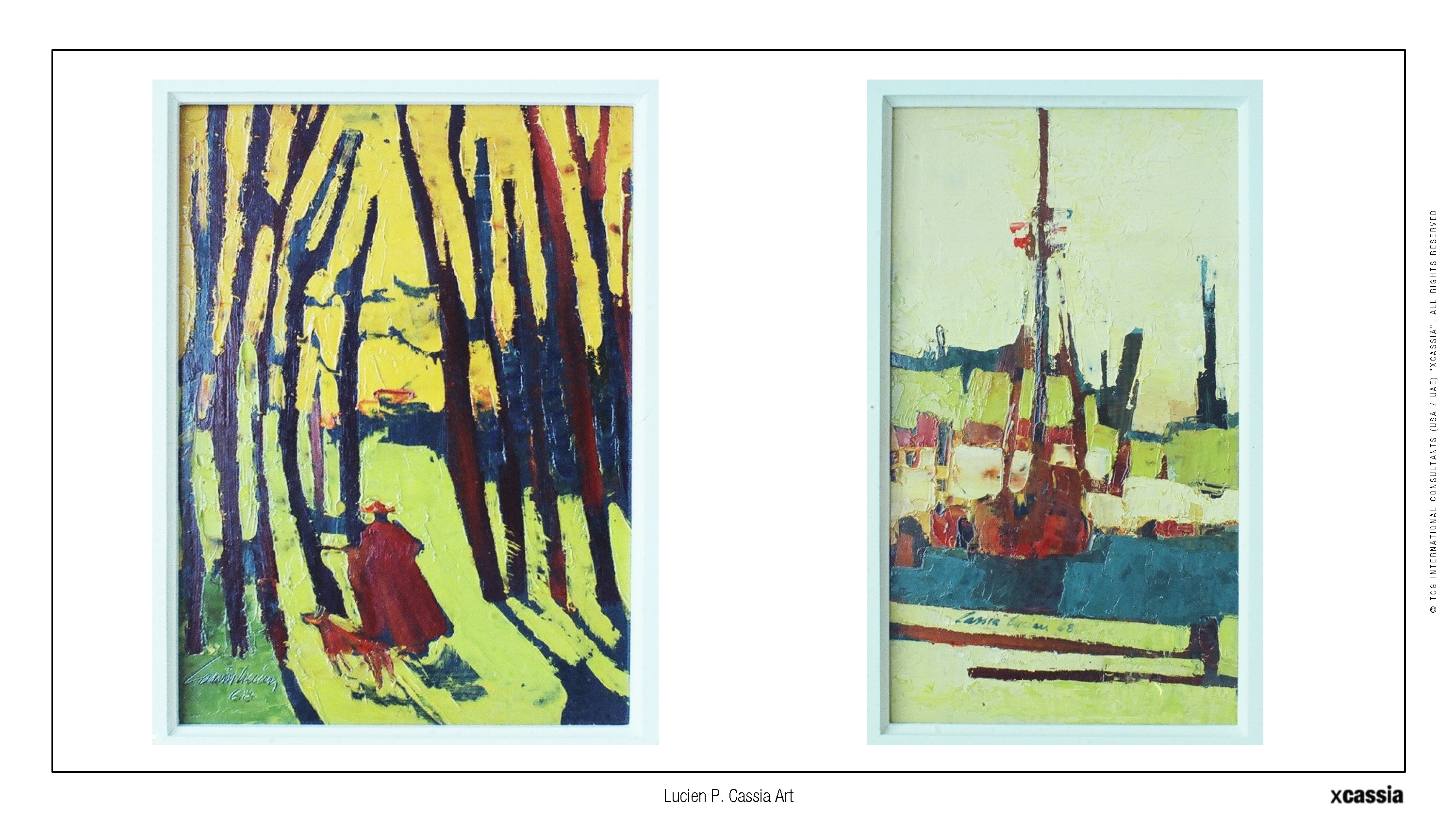 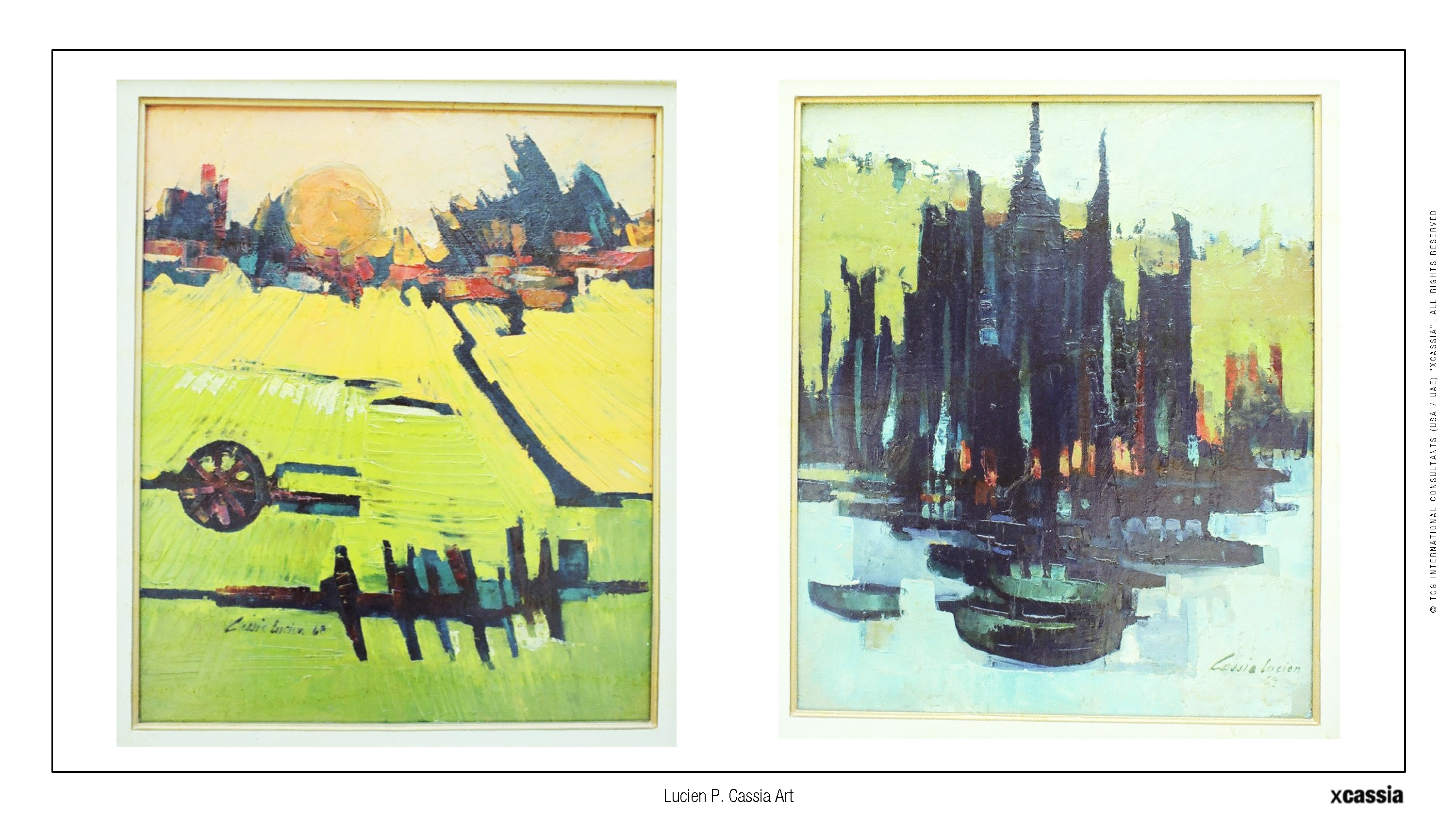 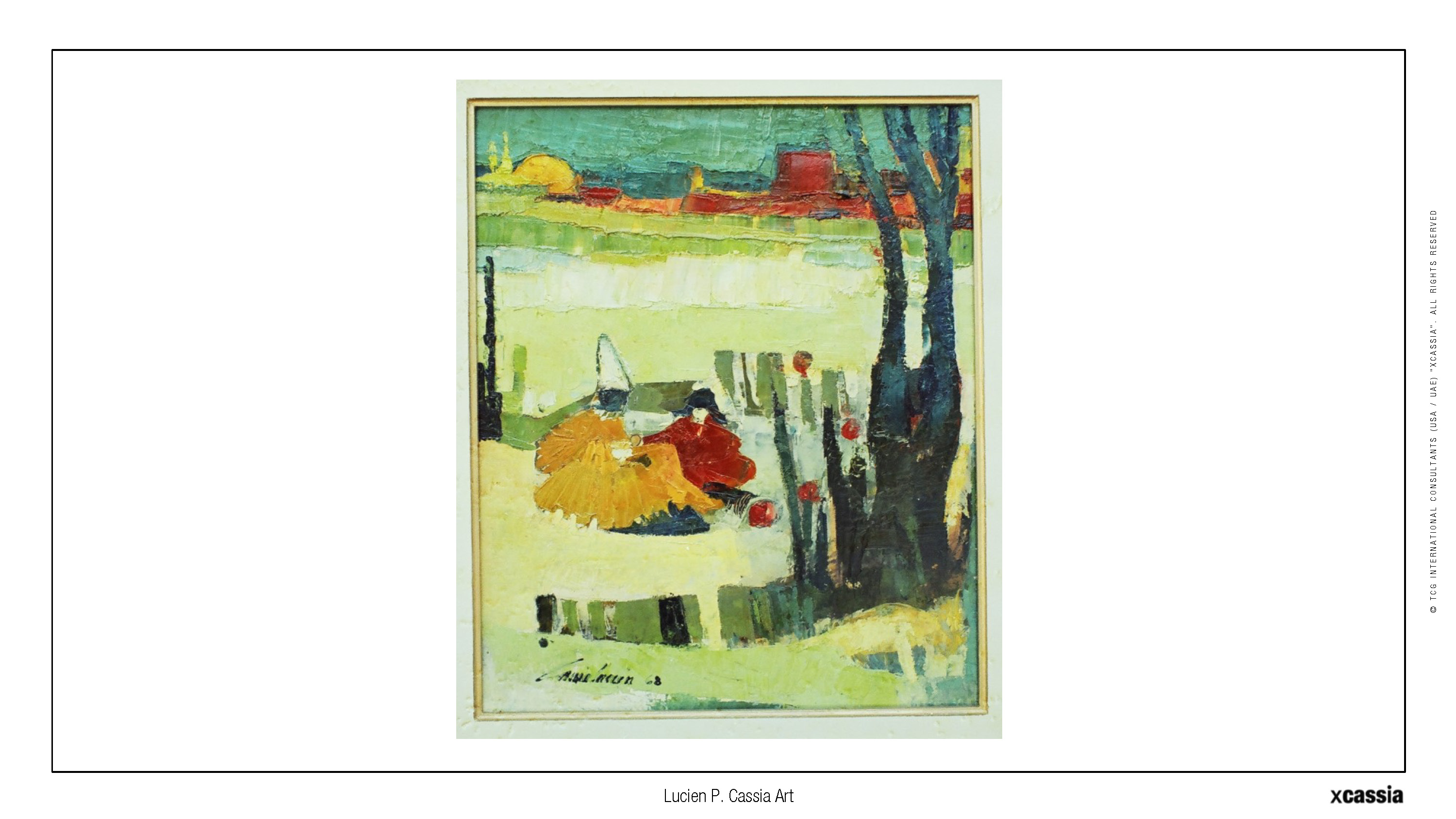 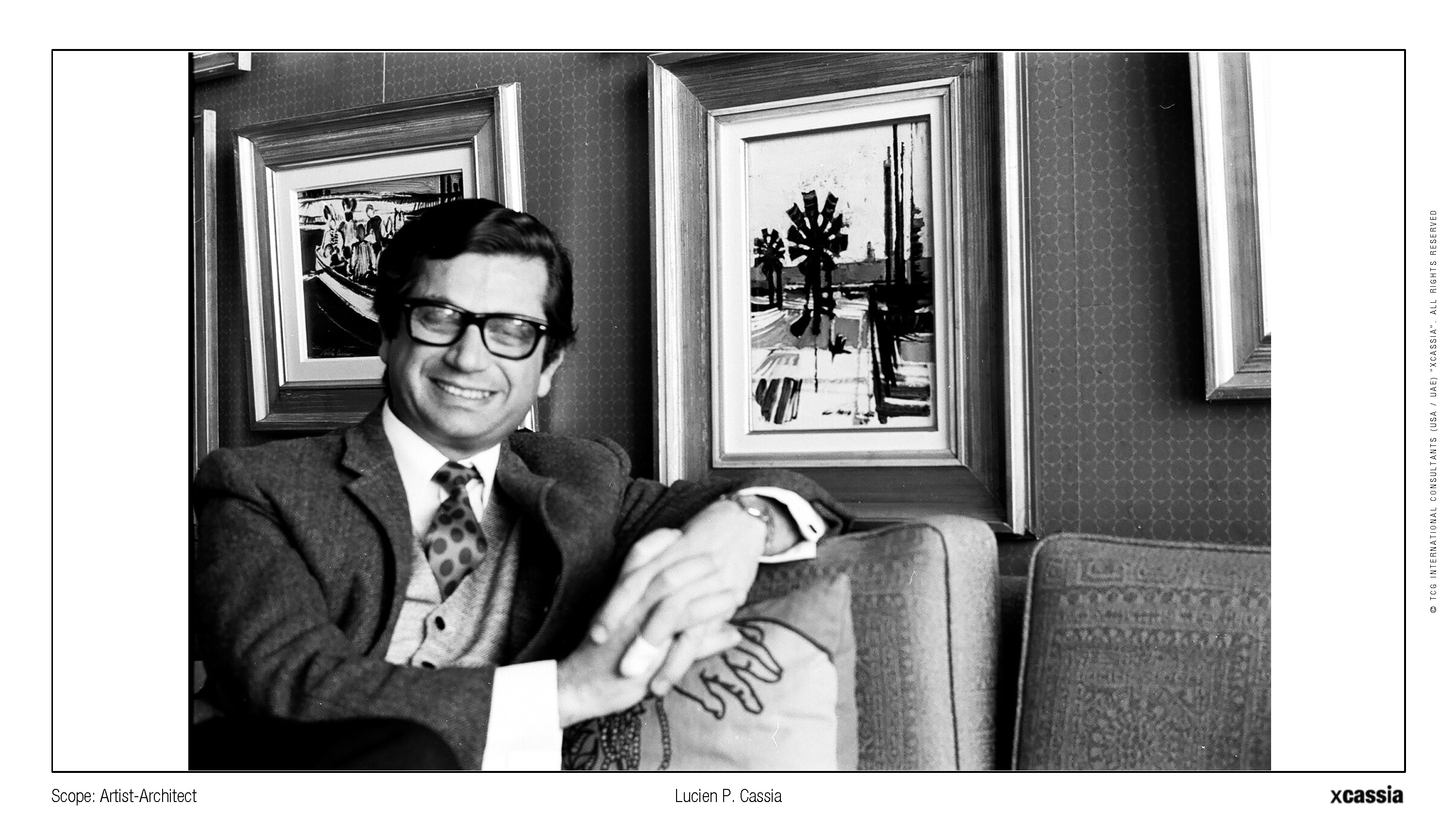 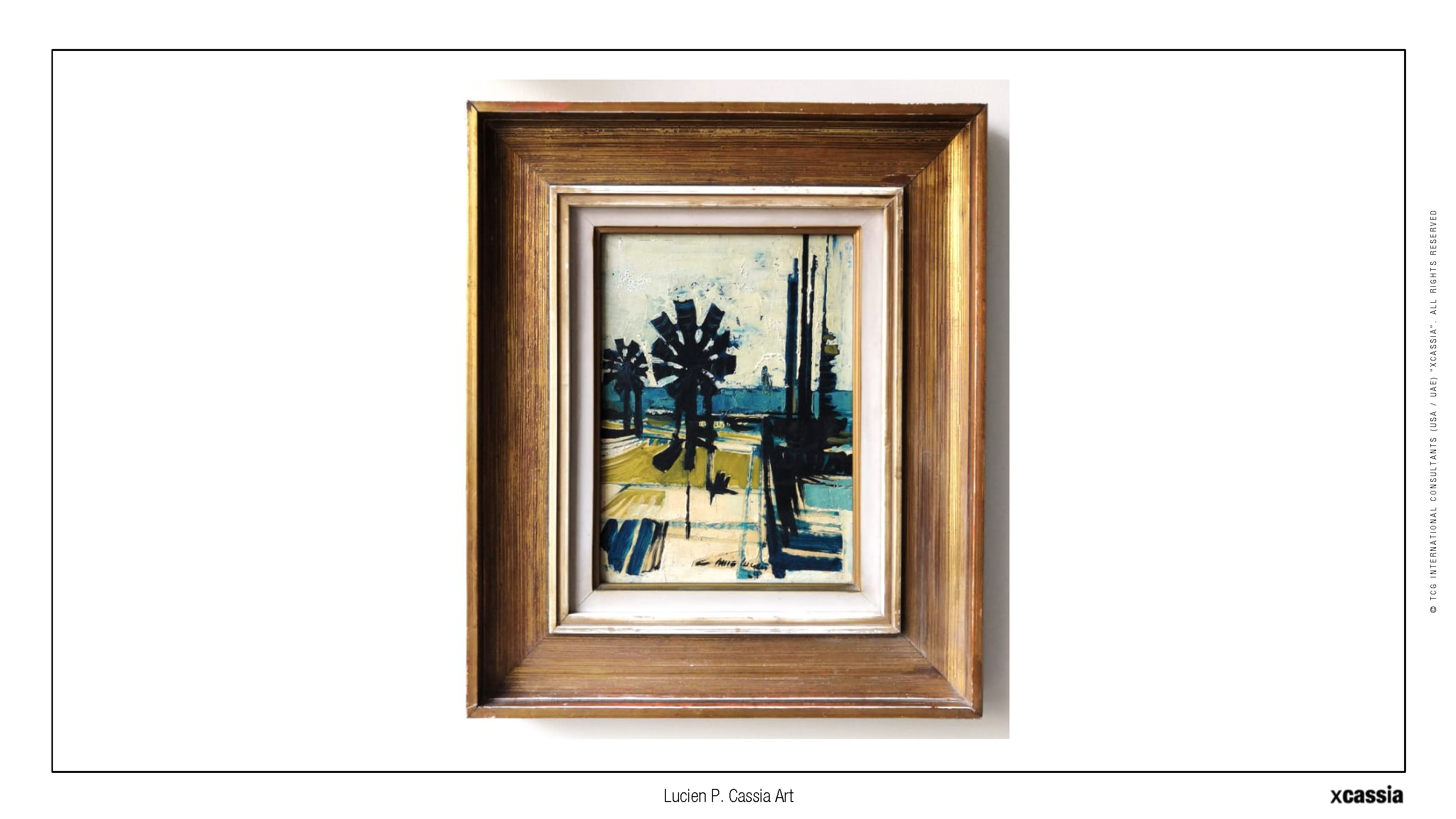 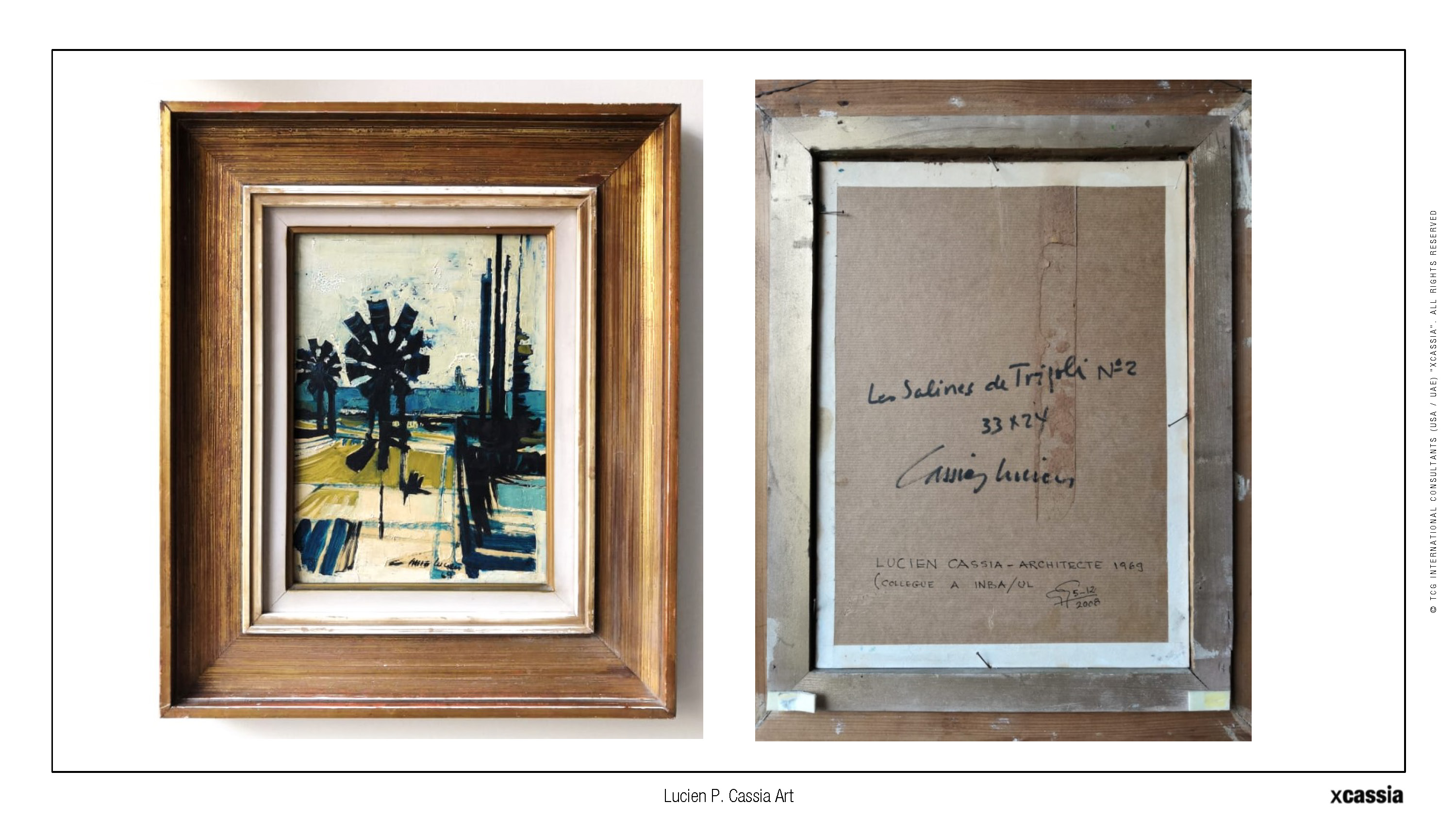 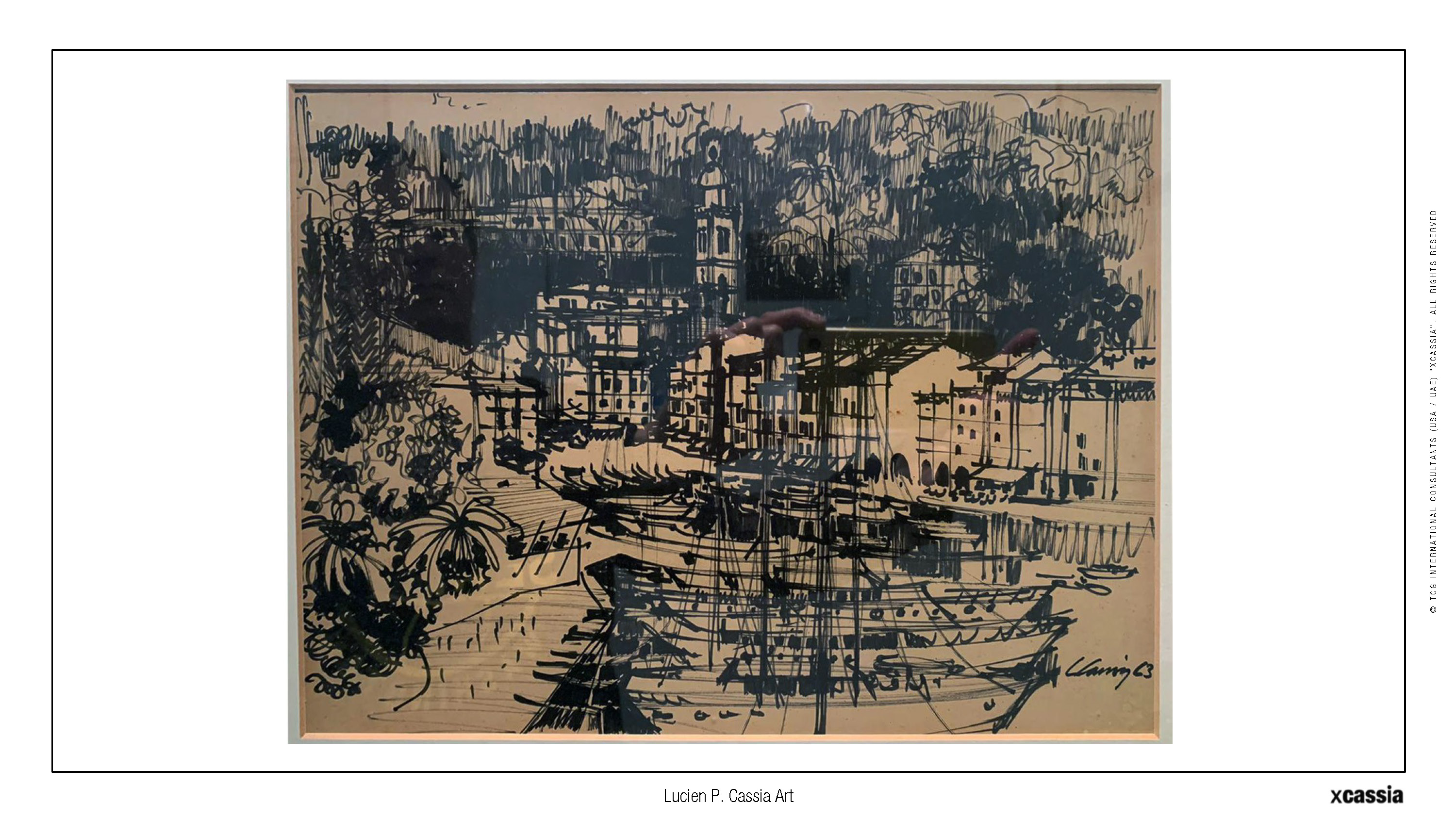 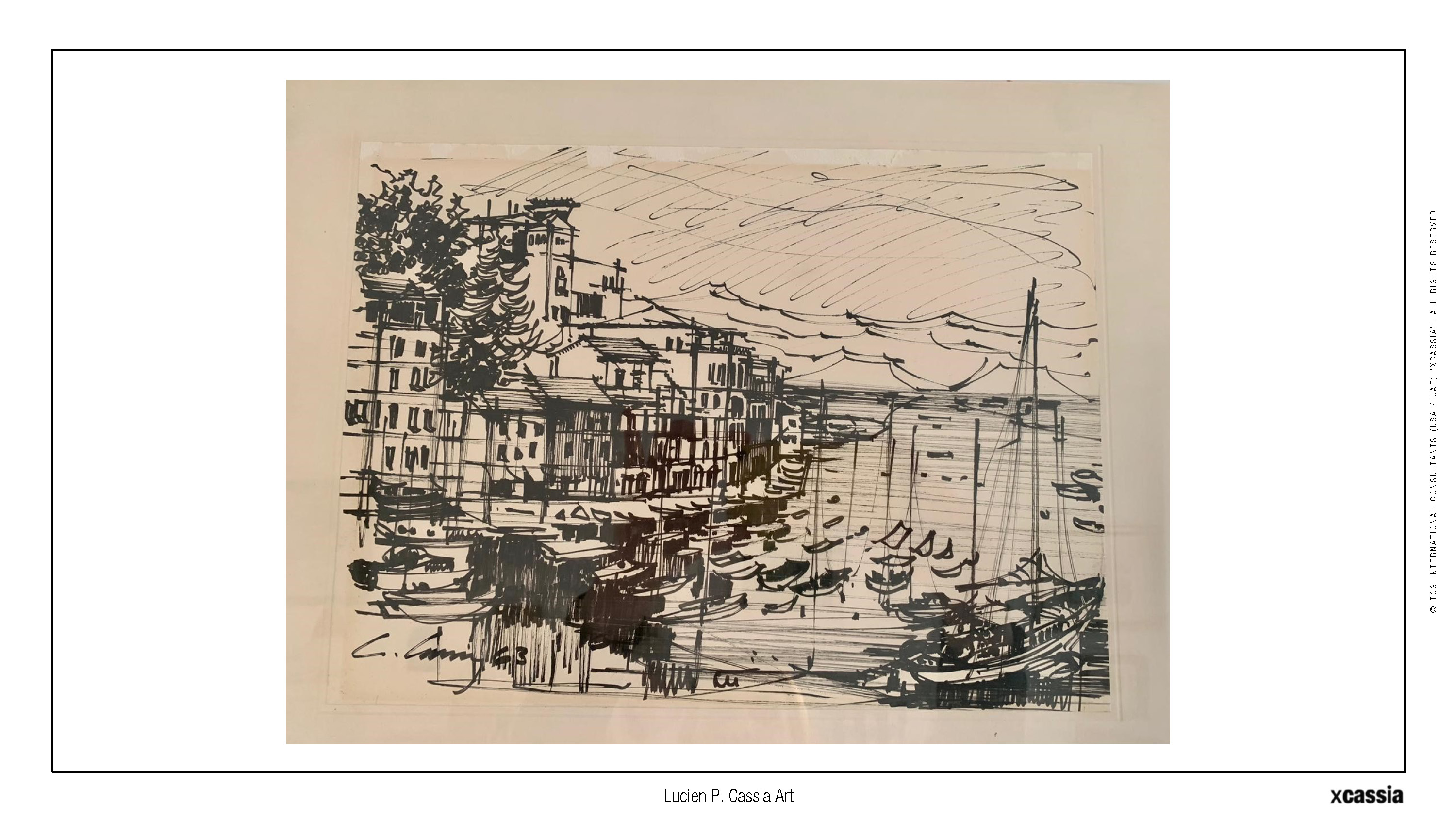 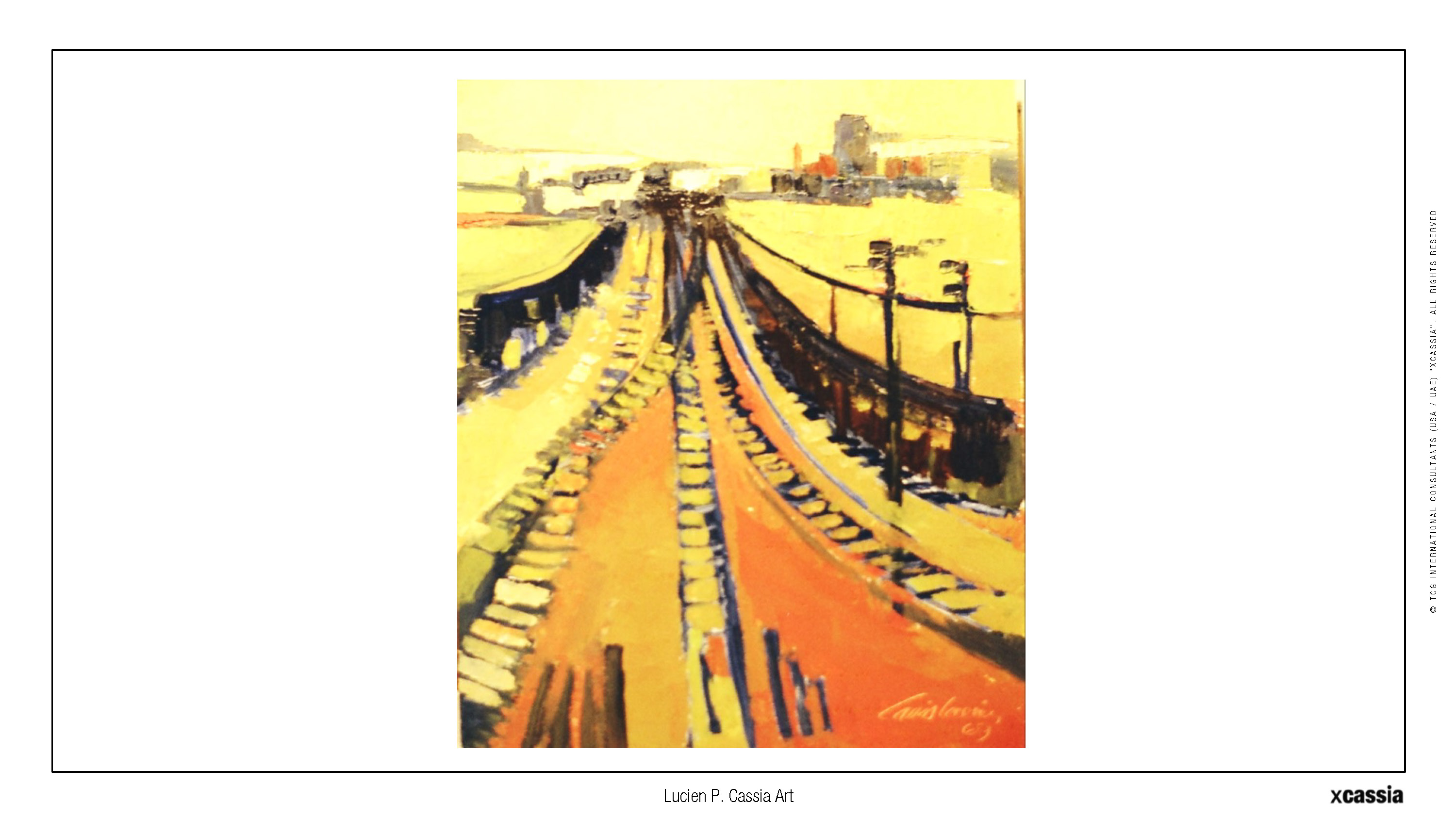 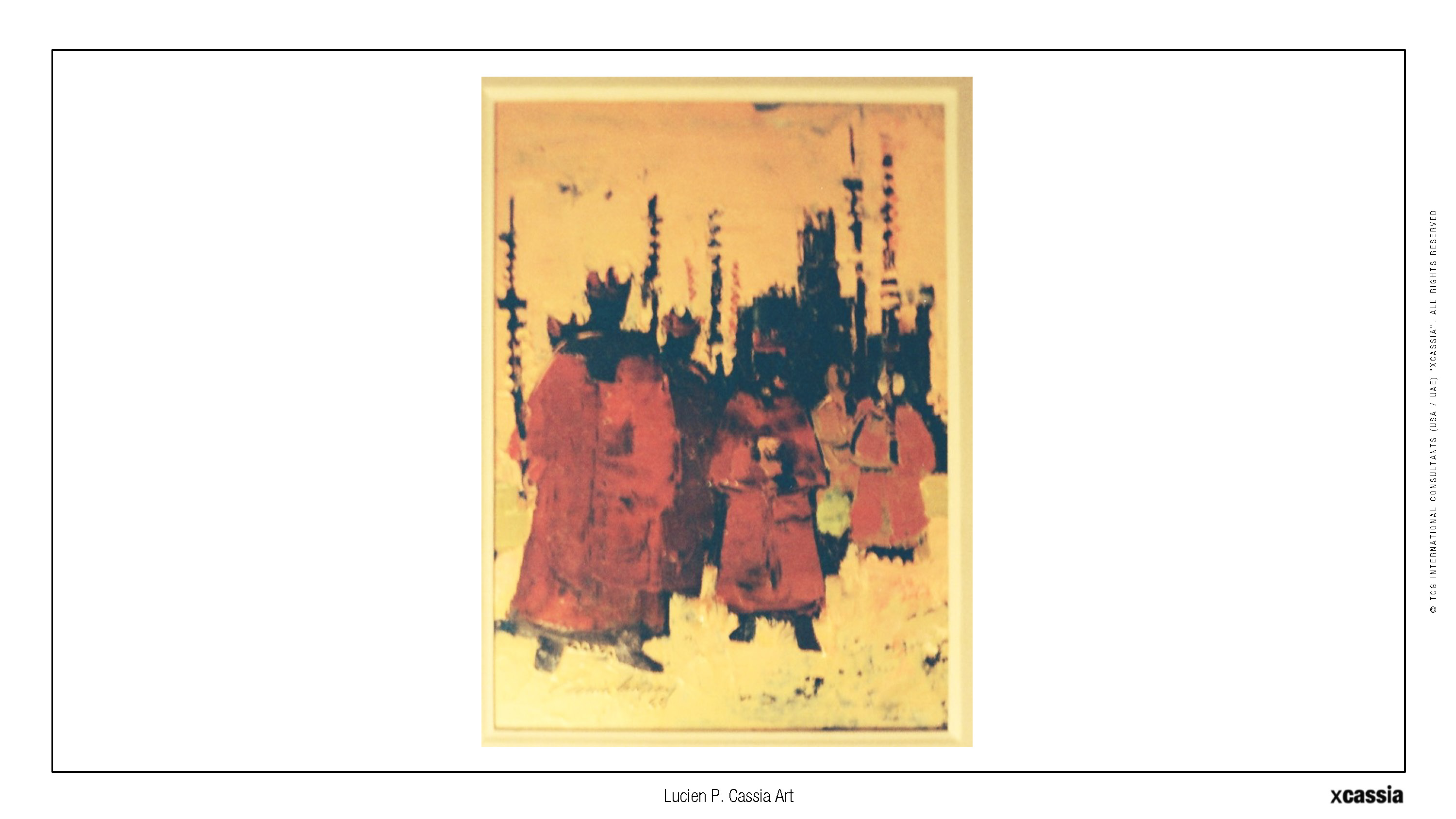 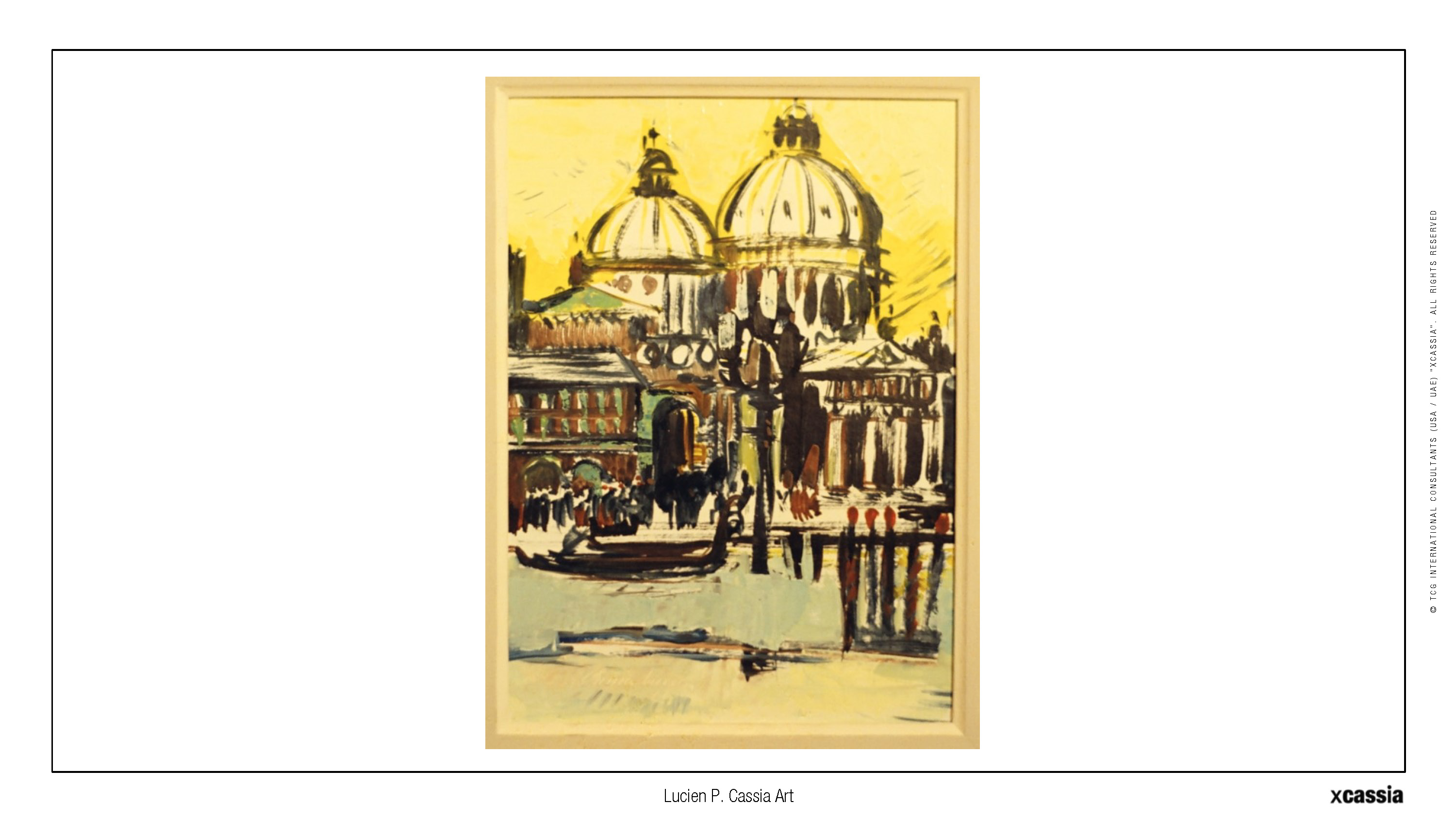 Founding Partner Lucien P. Cassia attended the Lebanese Academy of Fine Arts from 1955 to 1958 and pursued post-graduate studies at the Ecole des Beaux Arts Institut d’Urbanisme in Paris until 1960. Cassia held several faculty positions and served as a regular juror and critic to various Universities in the Middle East up until 1968.

Throughout his international career, Cassia received numerous awards for design excellence, including the 1989 Excellence Prize, presented by the late Syrian president Hafez al Assad. Founding member of CASSIA since 1958, his firm completed over 320 projects ranging from leisure and tourism resorts to corporate, government, institutional, medical, commercial, residential, and palatial residences. Recognized for its inventive articulation of programme within the architectural agenda of the designs, CASSIA’s work has been published and is recognized today as one of the very best Middle East based practices.

Serving as Founding Principal and Manging Director of the Cassia Group (CASSIA) from 1958 until 2012, Lucien Cassia oversaw all creative aspects of the studio design process. Based between Paris and Abu Dhabi between 1974-1997, then Paris and Beirut onwards, Lucien Cassia’s airmiles account reflected his unsatiable interest in frontier and developing economies which spearheaded the firm’s growth in MENA, the GCC and North Africa which in variably saw the establishment of local offices for optimal Client interface.

Concurrently with CASSIA’s consulting activites, Lucien Cassia was also a seasoned residential developer in London and Paris with a concentration on high-end centrally located projects such as multi-million Pound Sterling Physics Place, Wellington Square, Ovington Square townhouse and the $16m Saifi 308 luxury residential building the art district of Beirut - Ashrafieh was completed in 2017.

Along with Lucien’s consulting interests, he was also a prolific artist and exhibited in numerous painting exhibitions in the 1960s, 70’s and 80’s.