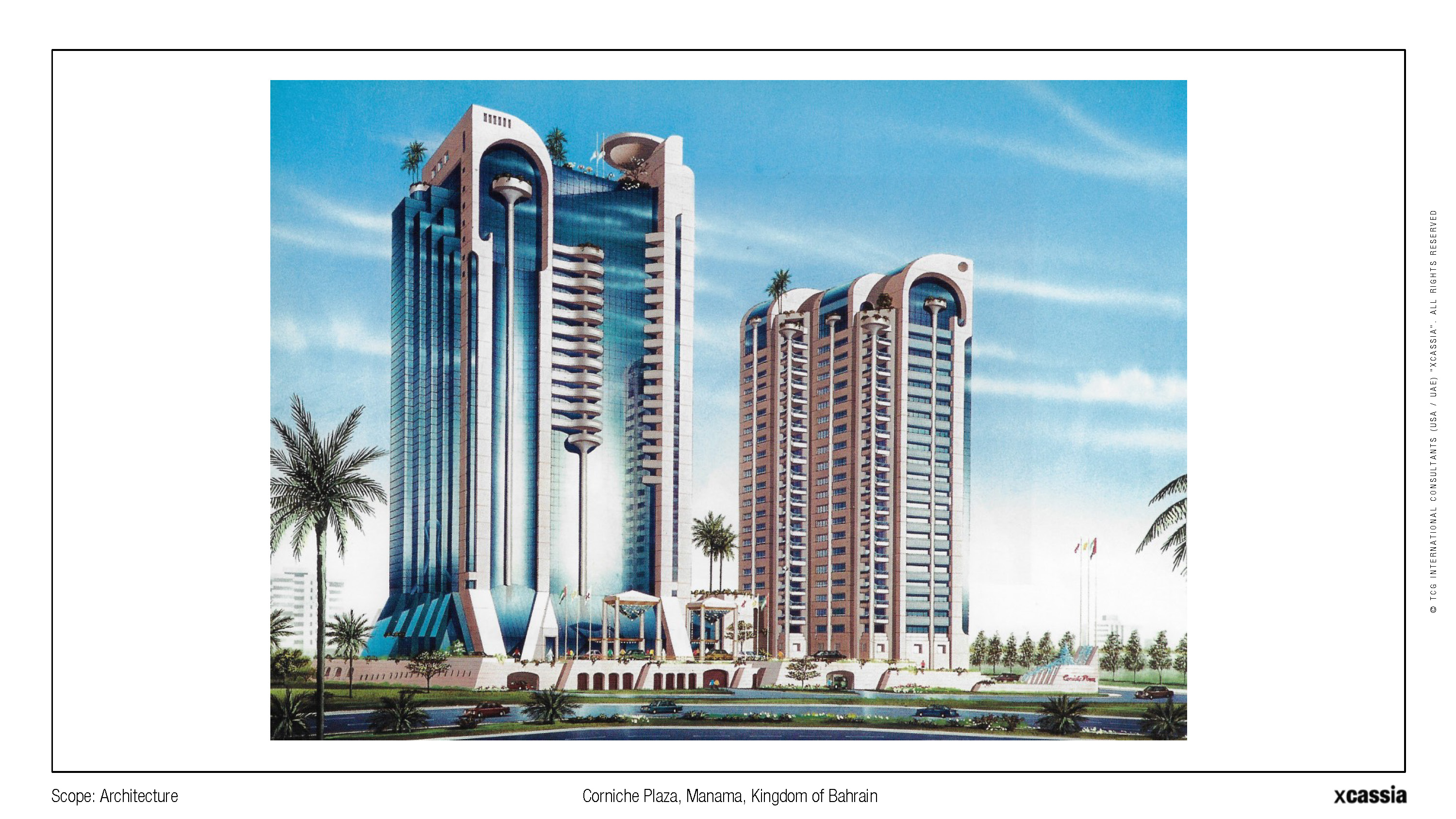 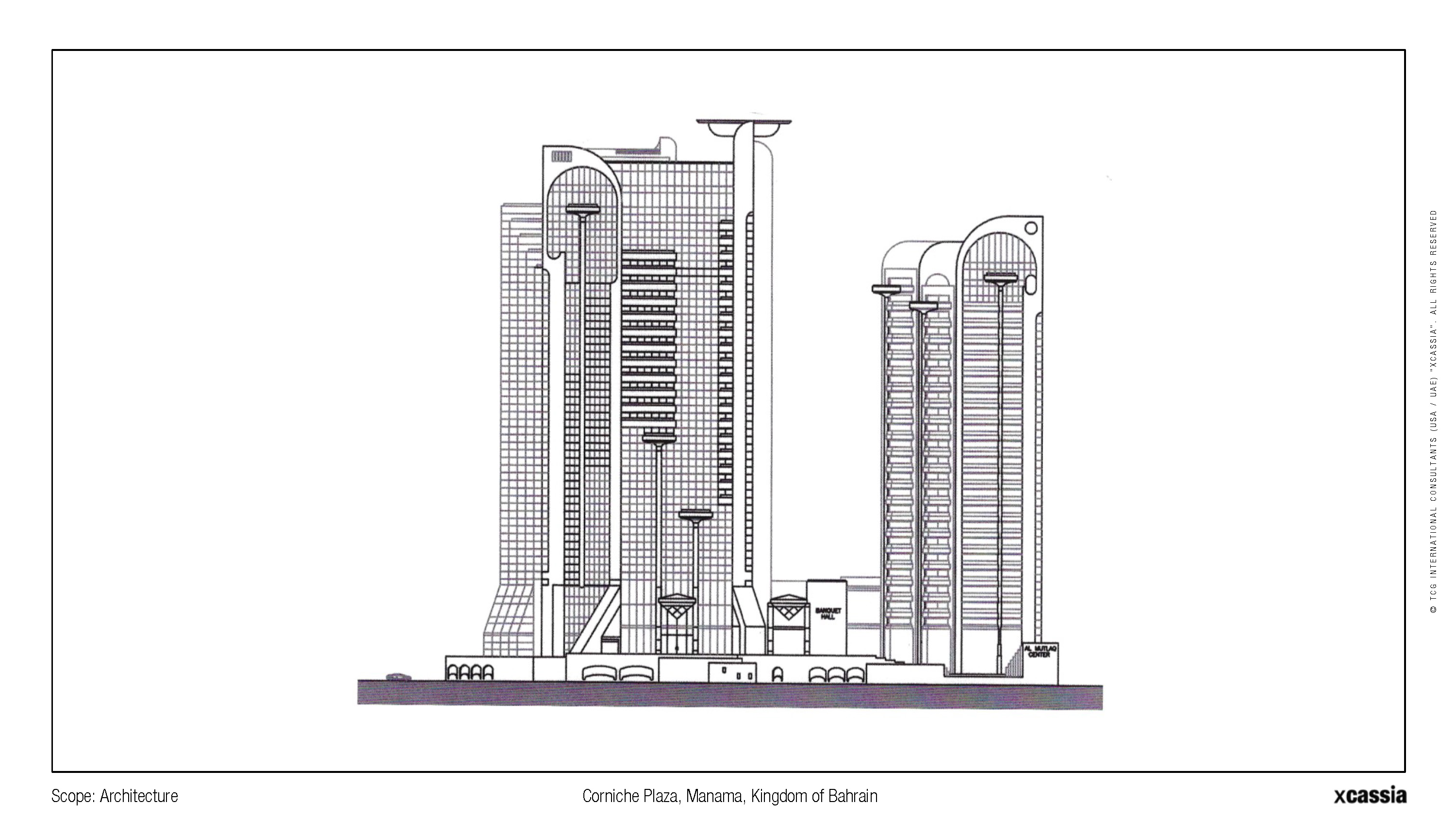 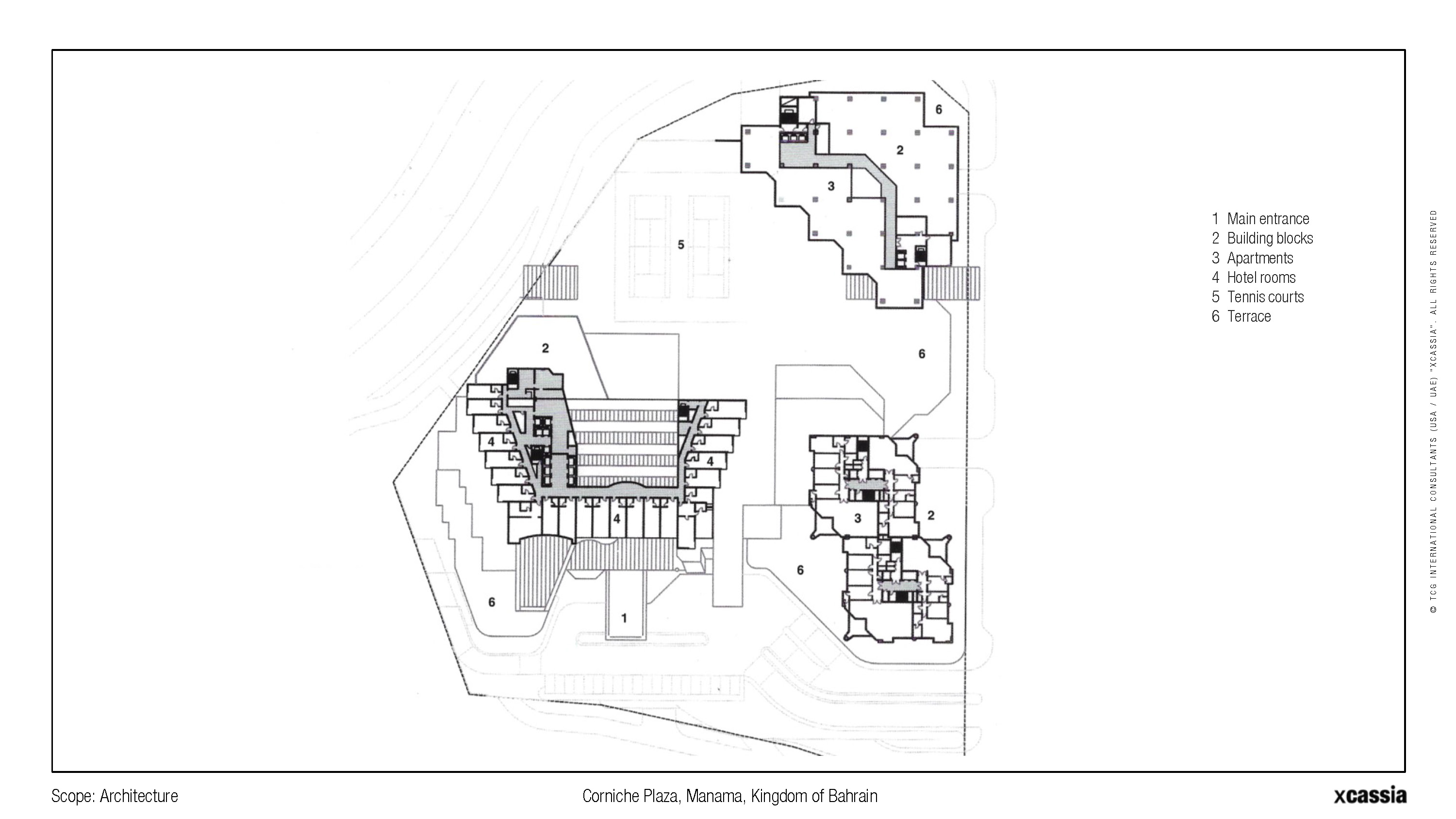 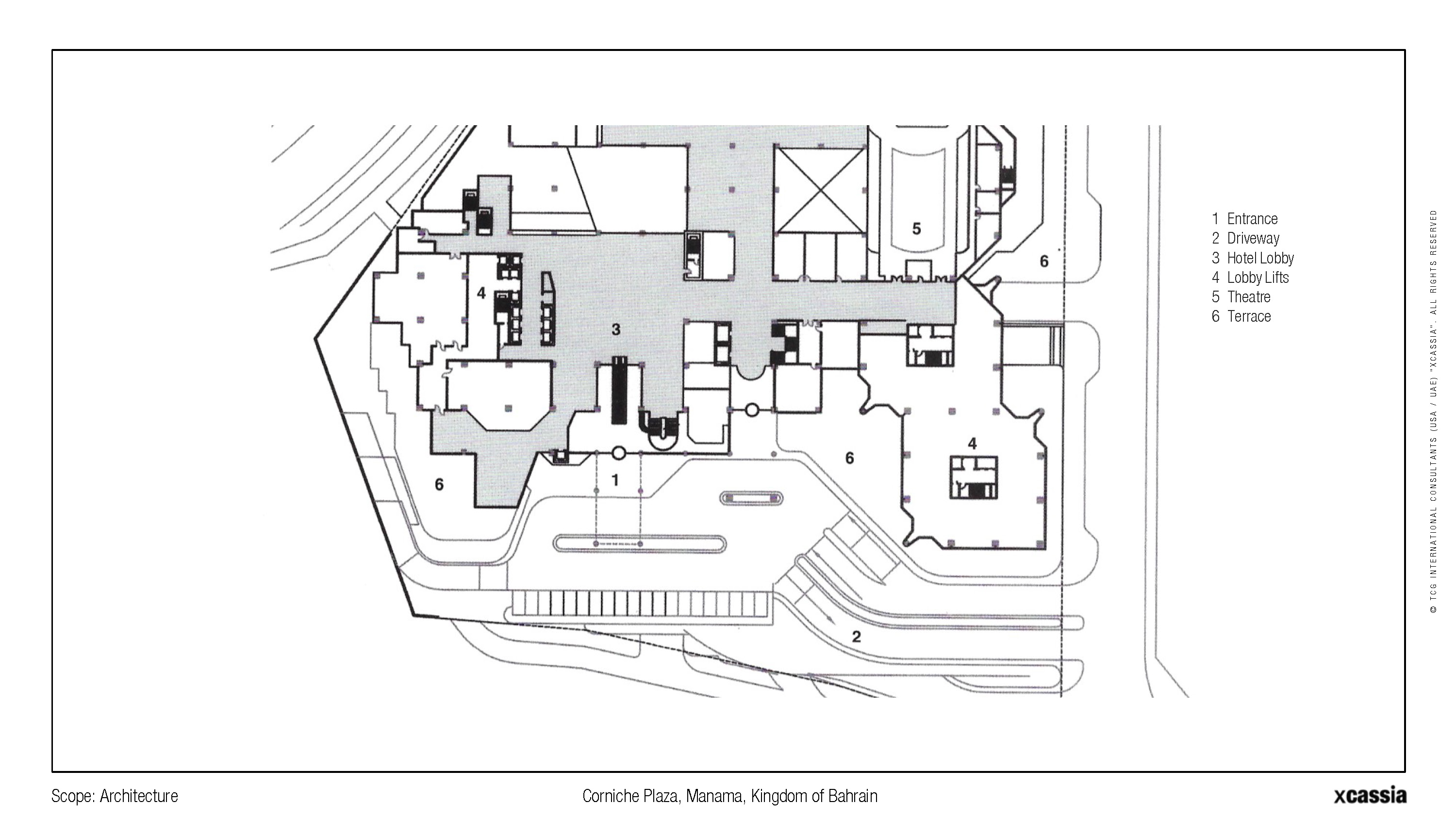 This is a schematic project for a multipurpose complex similar in some ways to the Holiday Centre in Dubai. Placed on 18,000 sqm, it faces the sea on the Manama corniche. It is composed of 5 main parts; a five stars hotel of 250 rooms and suites, 150 furnished apartments both contained in one, 28 floors, tower with a health club and a large swimming pool at the 28th floor, with a helicopter landing platform on top; twin towers with 104 large and luxurious apartments with a separate entrance and separate underground car park; an office building of 10,000 sqm distributed on 10 stories; and a commercial mall of 30,000 sqm on two levels. The whole complex has an underground car park for 850 cars.

The architectural was to create a landmark in the city of Manama, Bahrain. This was explored through sculpting features such as, Atriums, contrast between solid forms and glazed façades, grand halls on several levels, 2,500 sqm suspended health club on the top floor, duplex apartments in the twin towers, and many suspended gardens with water features. The composition of the total volume has vertical movements with closed ends. High and grand arches join the vertical lines that start from the corners of the base block, tilt towards to towers and rise with a sharp and uninterrupted stroke.