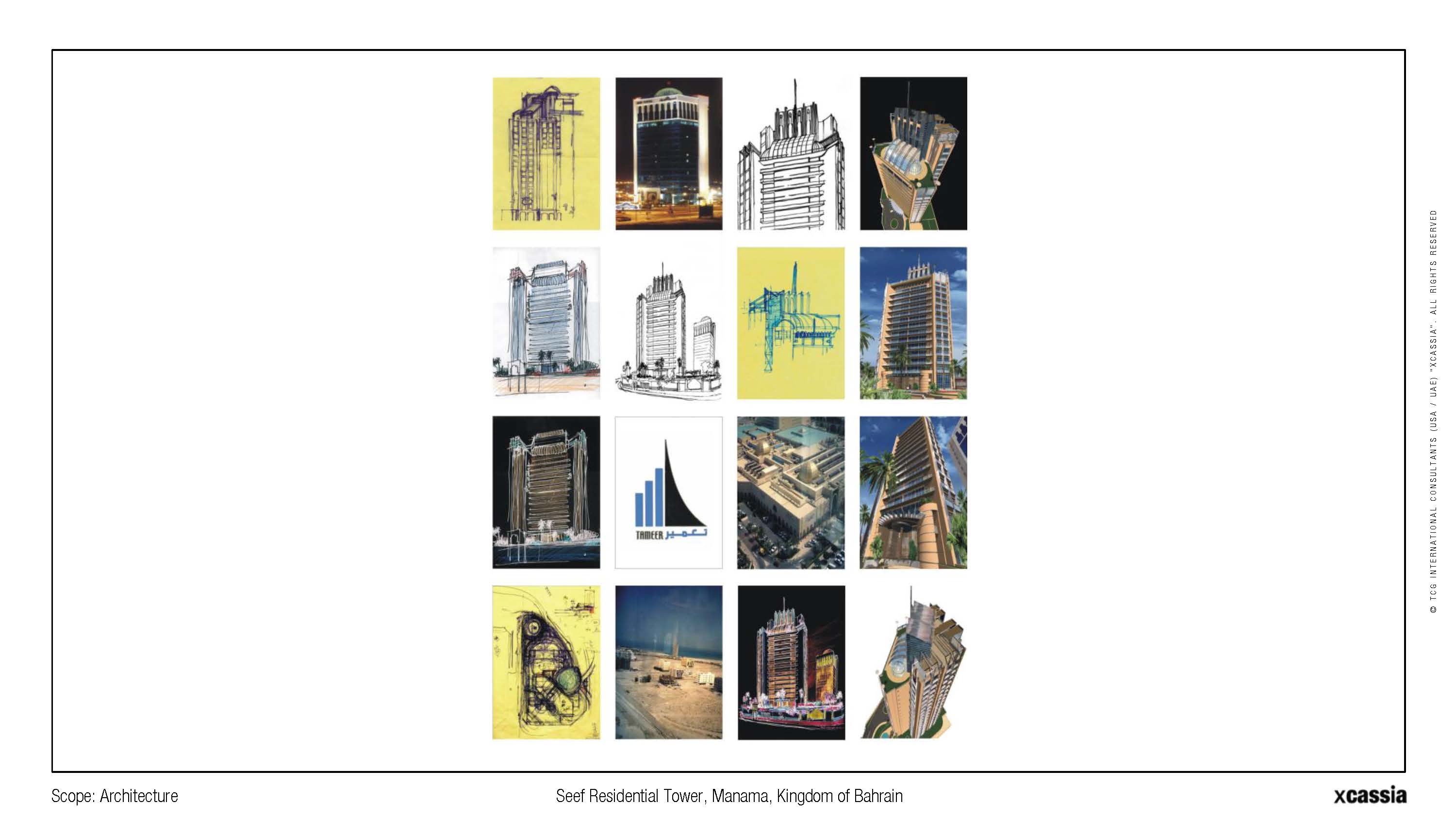 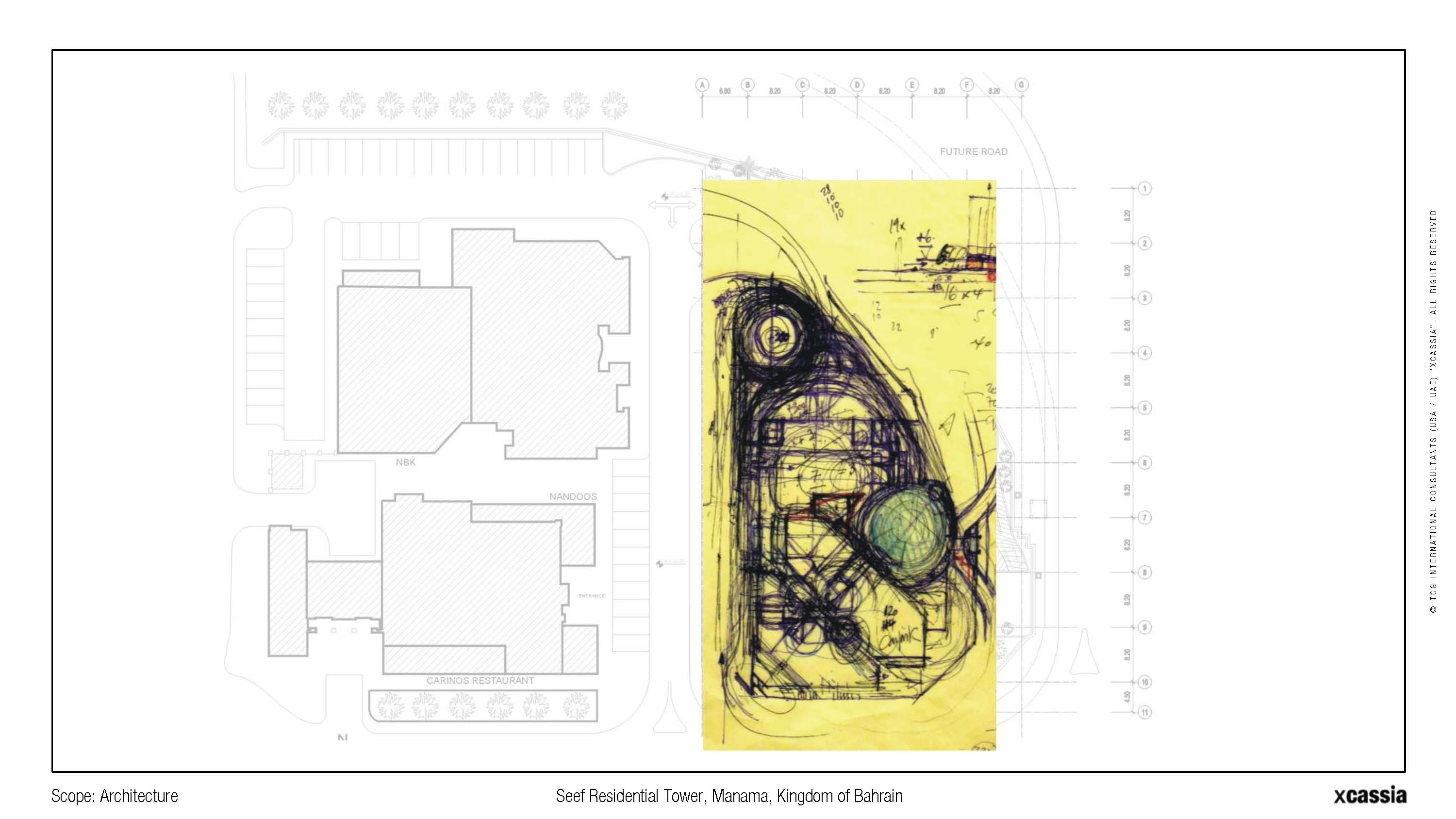 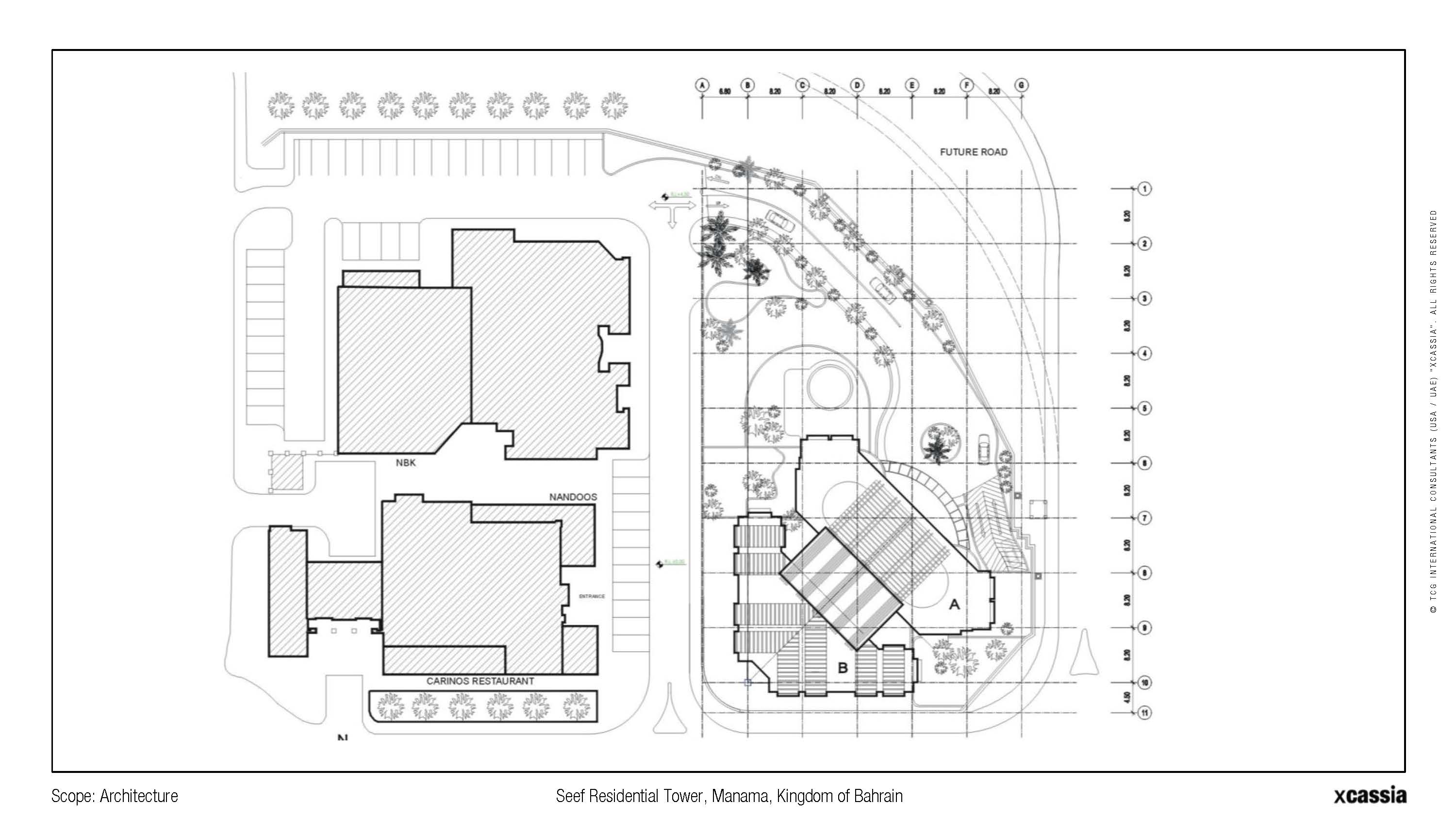 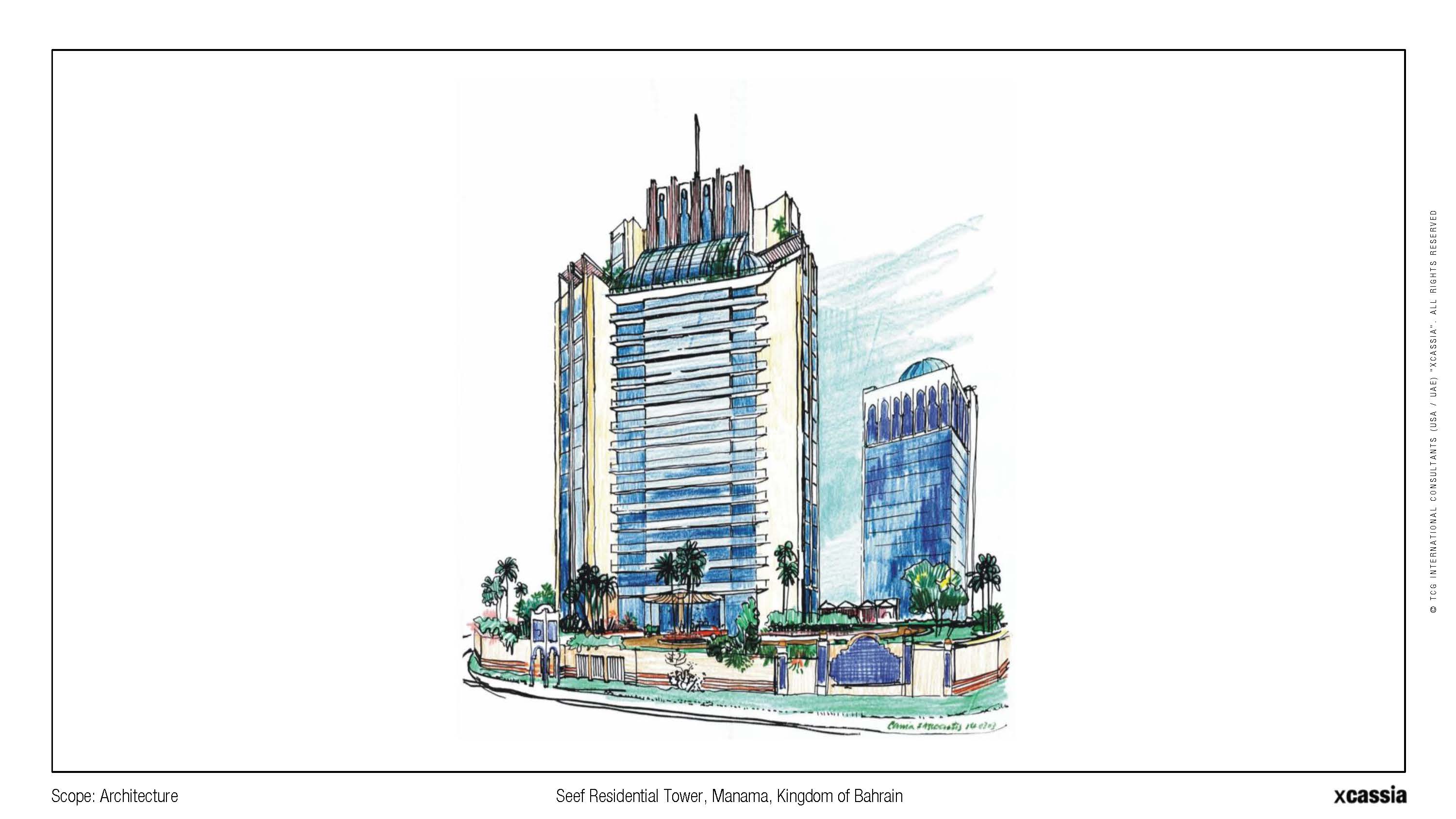 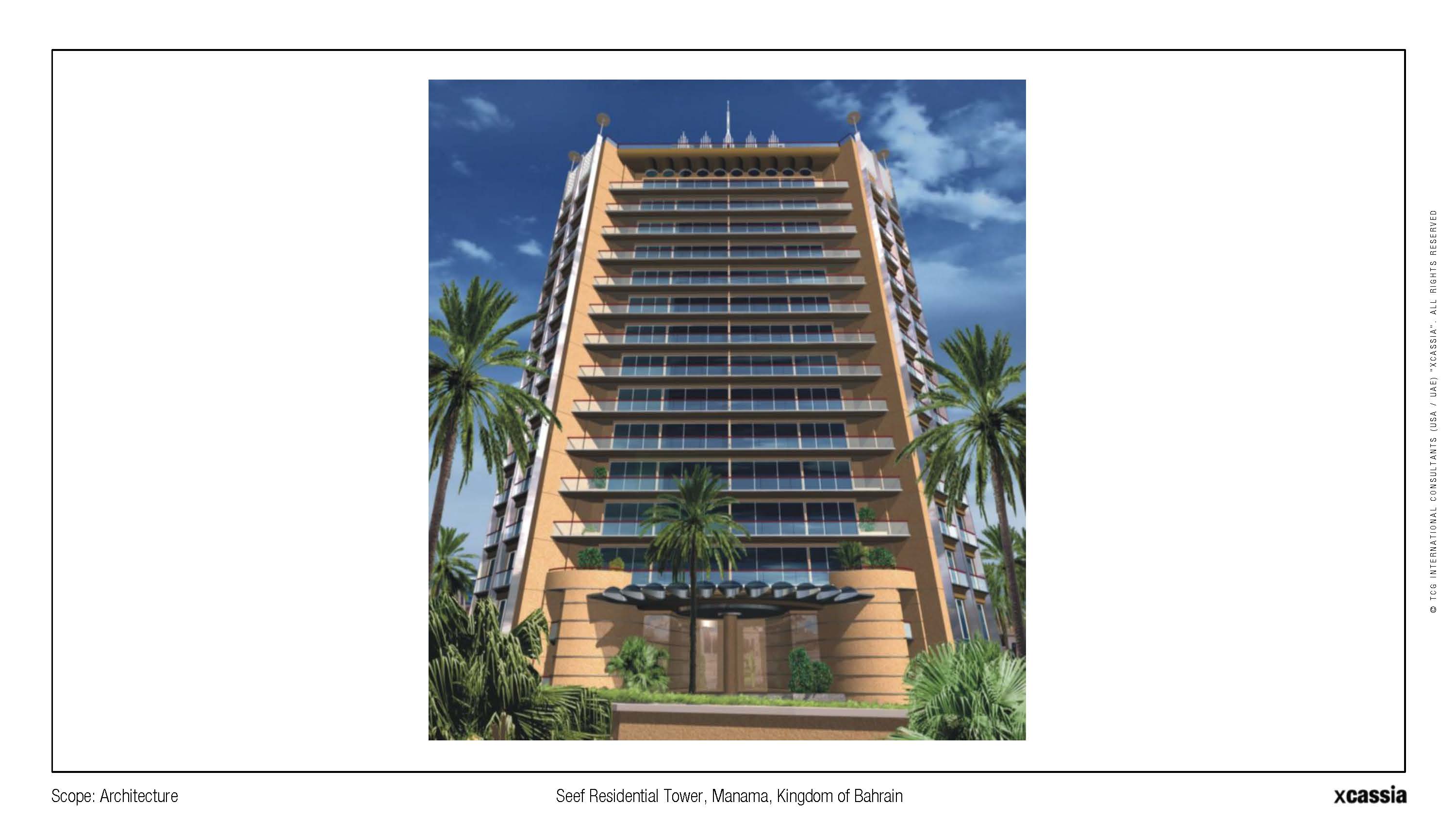 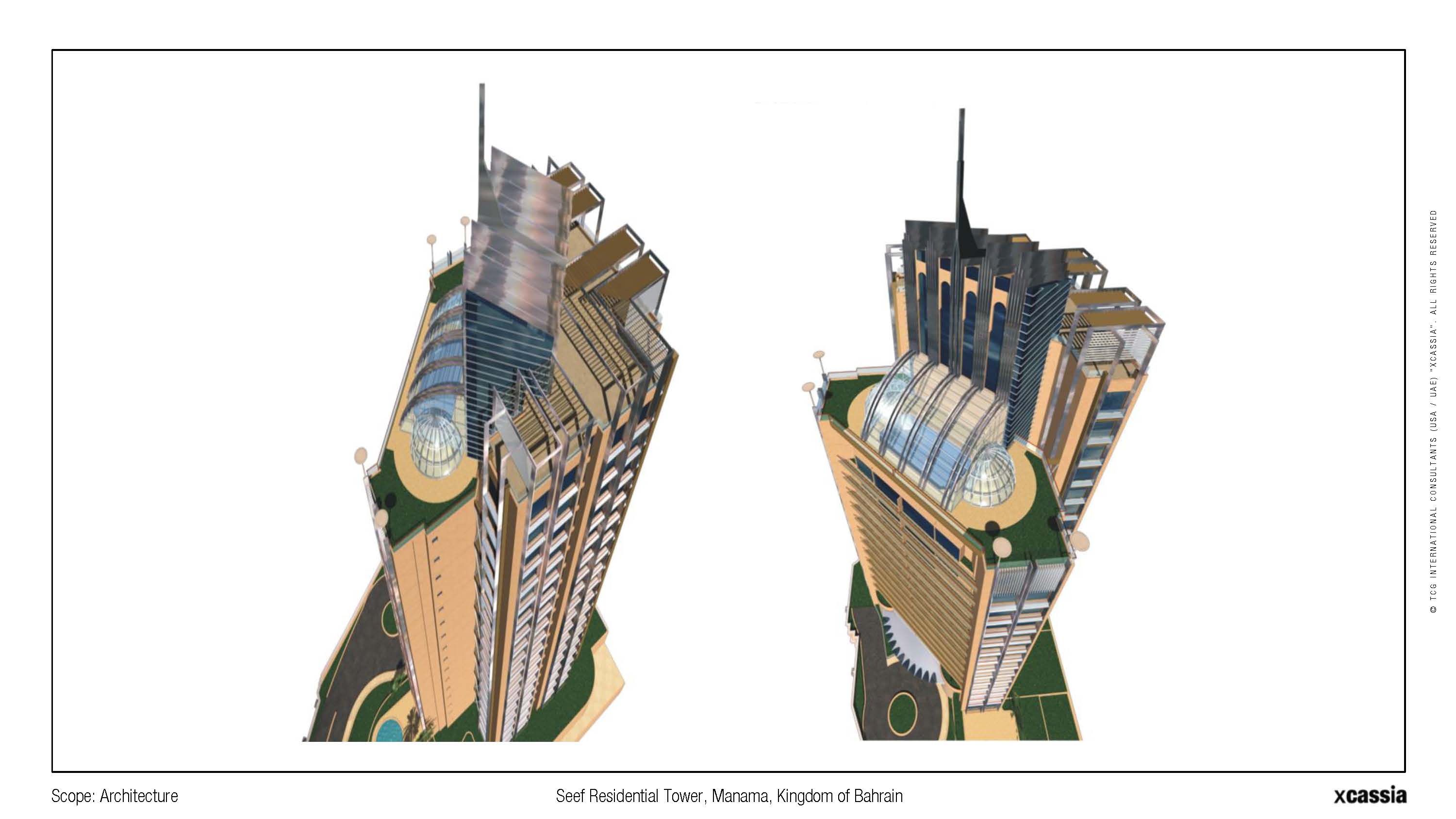 In order to avoid a monotonous repetition of building heights, the project is split into blocks A and B with 15 and 19 levels respectively and was designed to create a variety within the project but also in the context of the site. The massing concept of the project was developed following the Client’s concern not to obstruct the views of the existing Seef Office Tower as well as to afford the new proposal optimal orientations towards the sea and city.

To ensure a balanced mix of functions, the project provides up to 250 sqm of prime commercial area occupying the west and South Street front of the building.

Reflecting a national concert to learn from the mistakes of other Gulf States, the Bahrain municipality (and Client) is keen to ensure the city address the problem of parking by providing adequate on-site facilities. The current proposal attempts to accommodate the tenants of both the new scheme and the existing Seef Tower with 1 underground basement and another ground floor parking level. Currently, the parking capacities are 68 cars at basement level, 51 at ground, and 16 at 1st floor level, for a total of 135 cars.