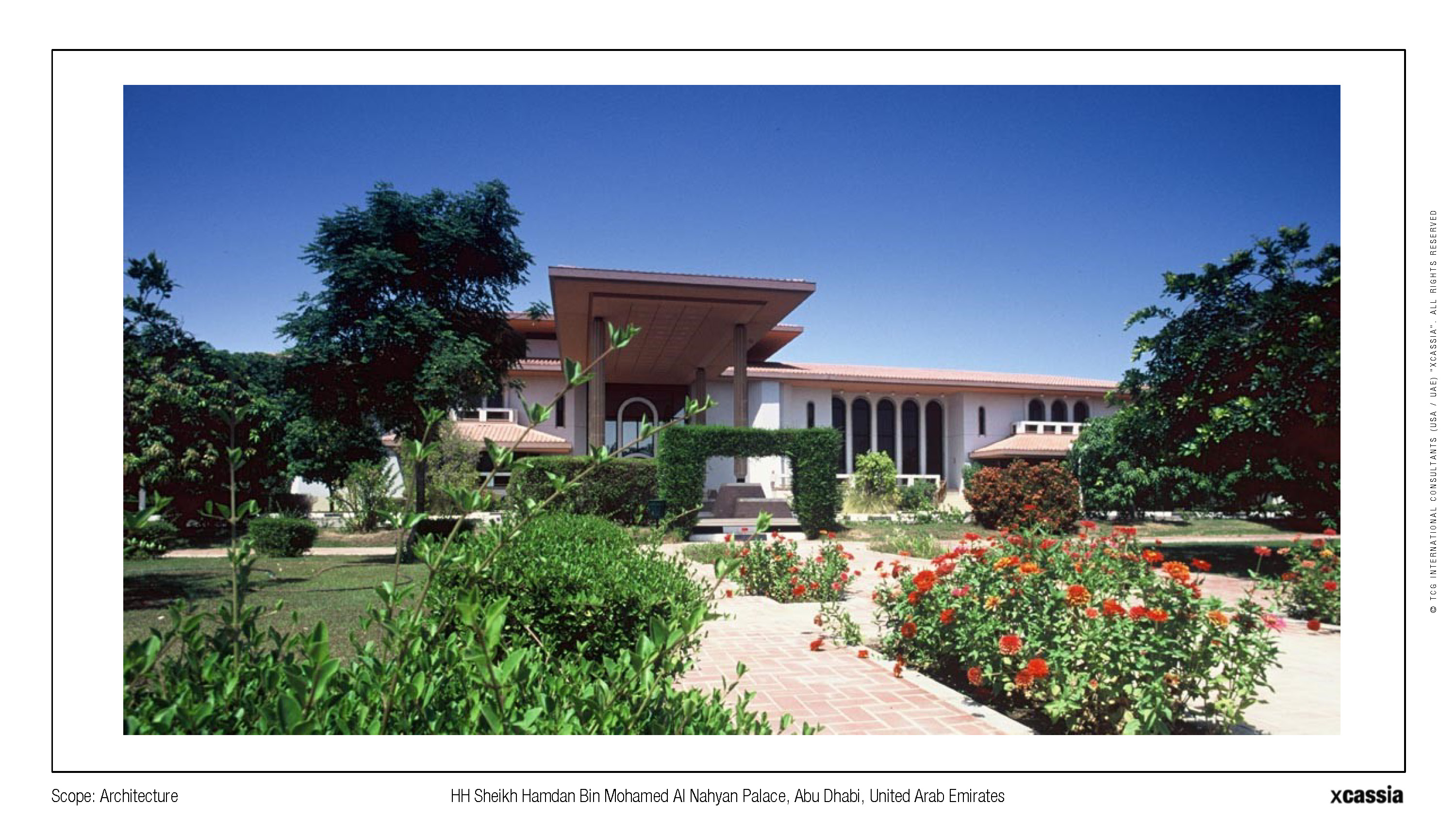 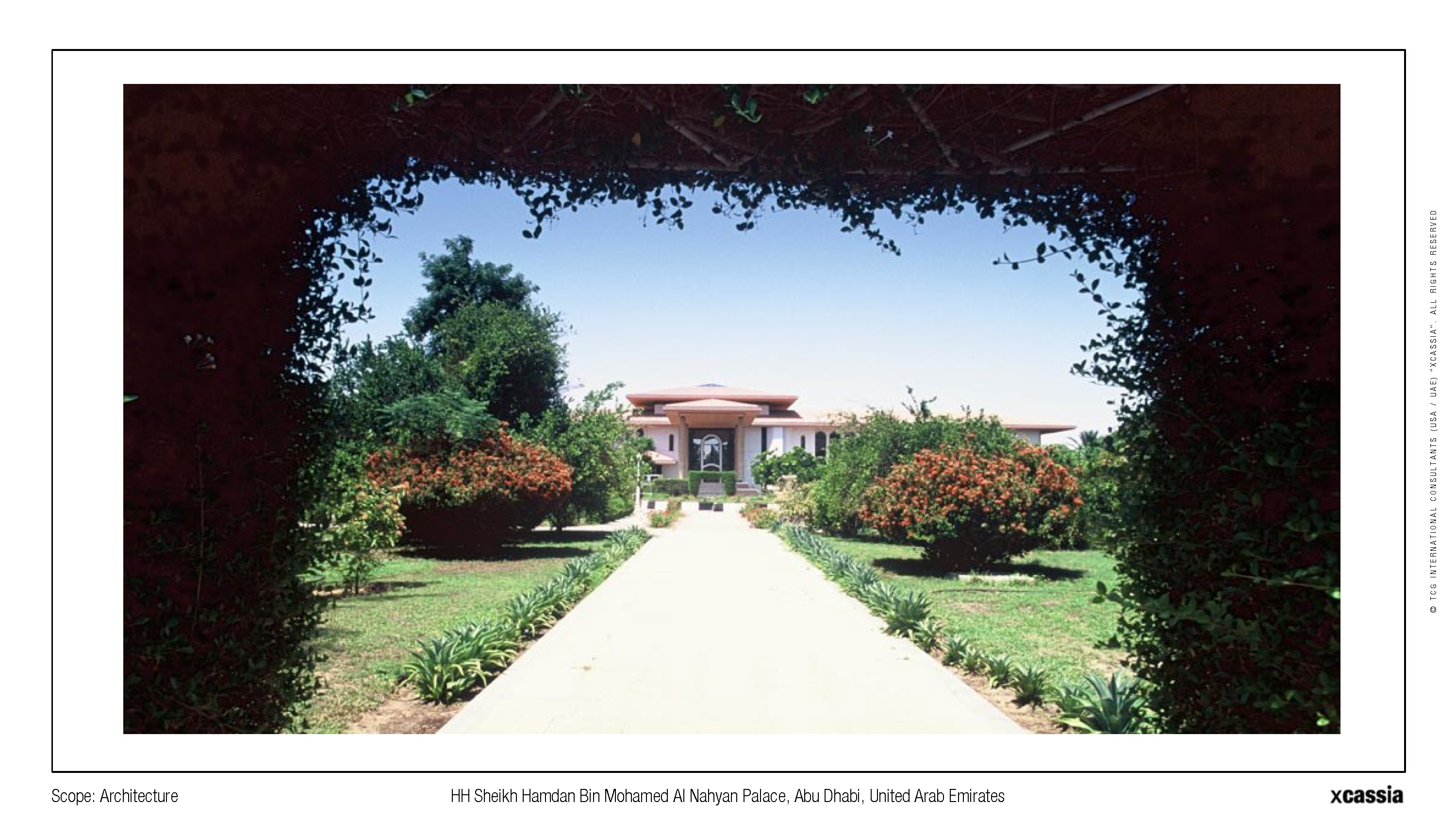 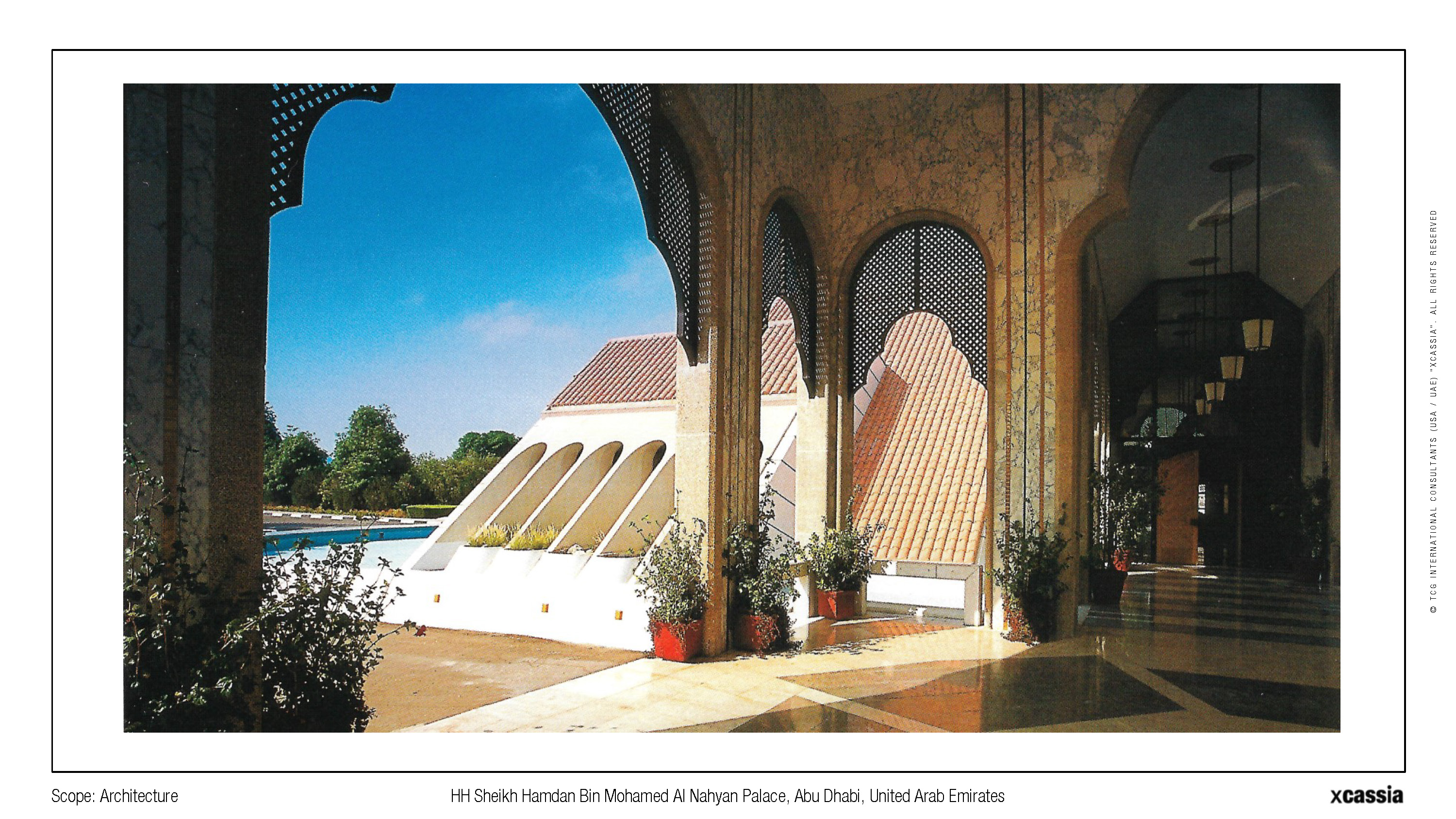 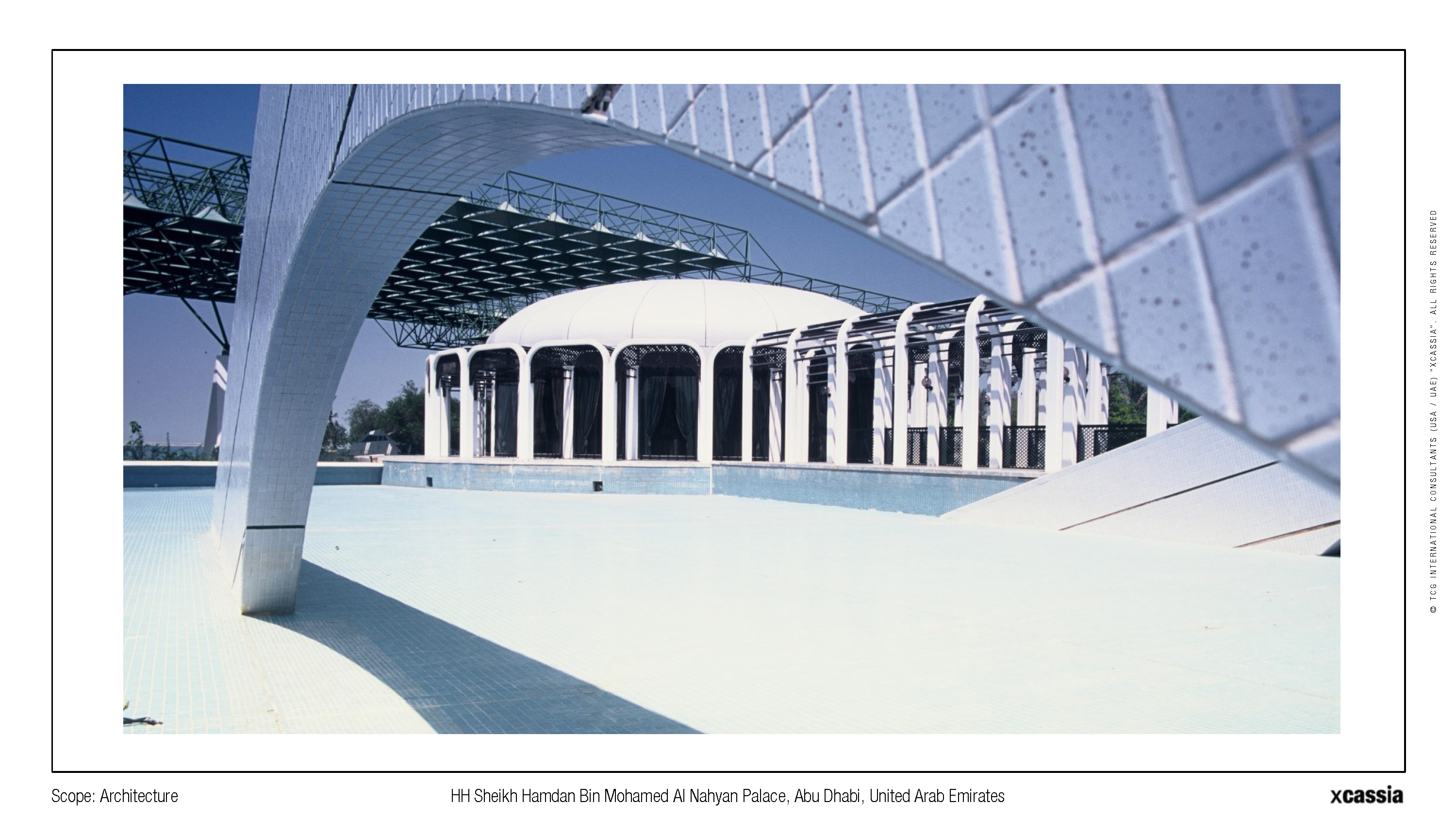 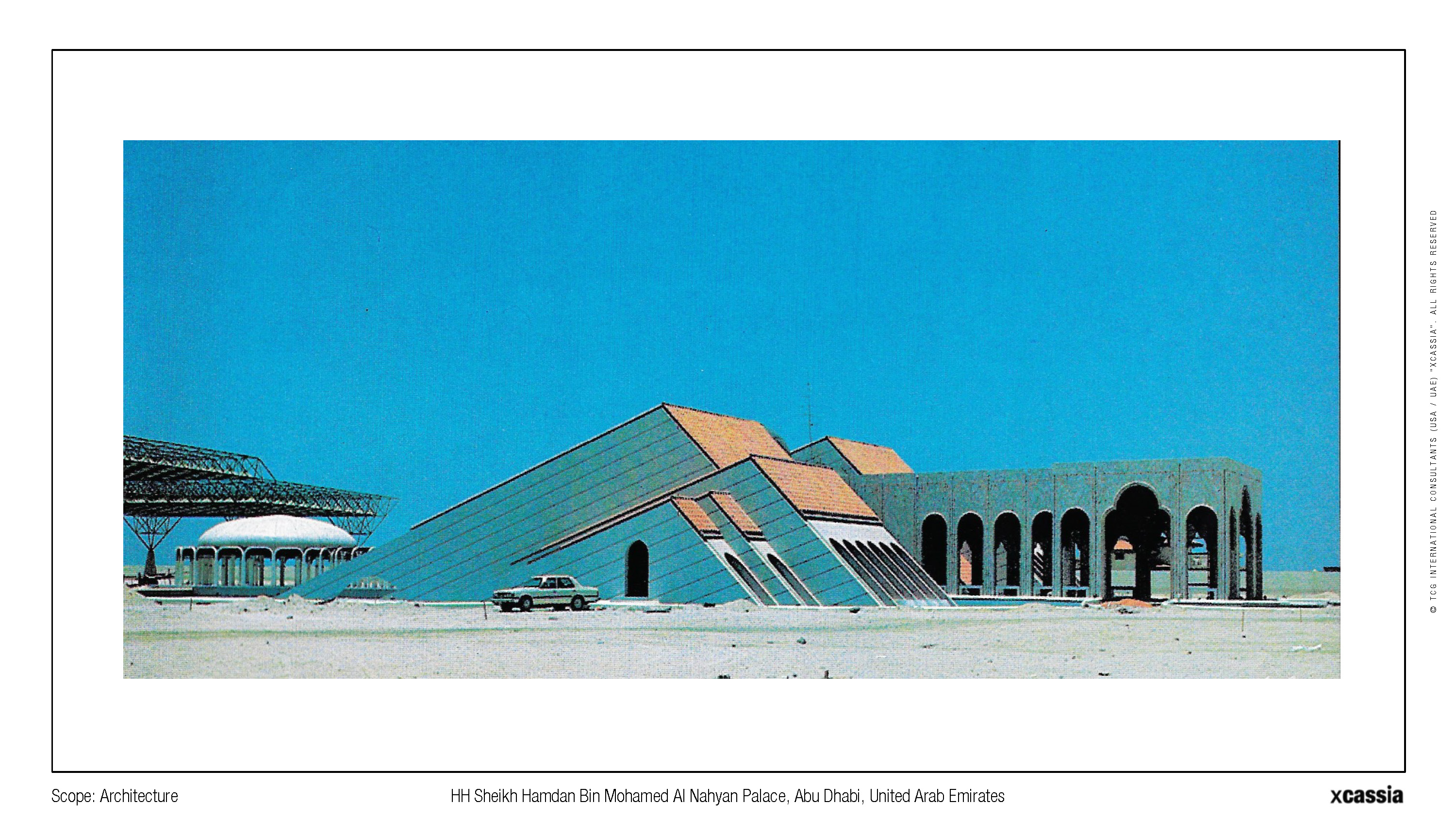 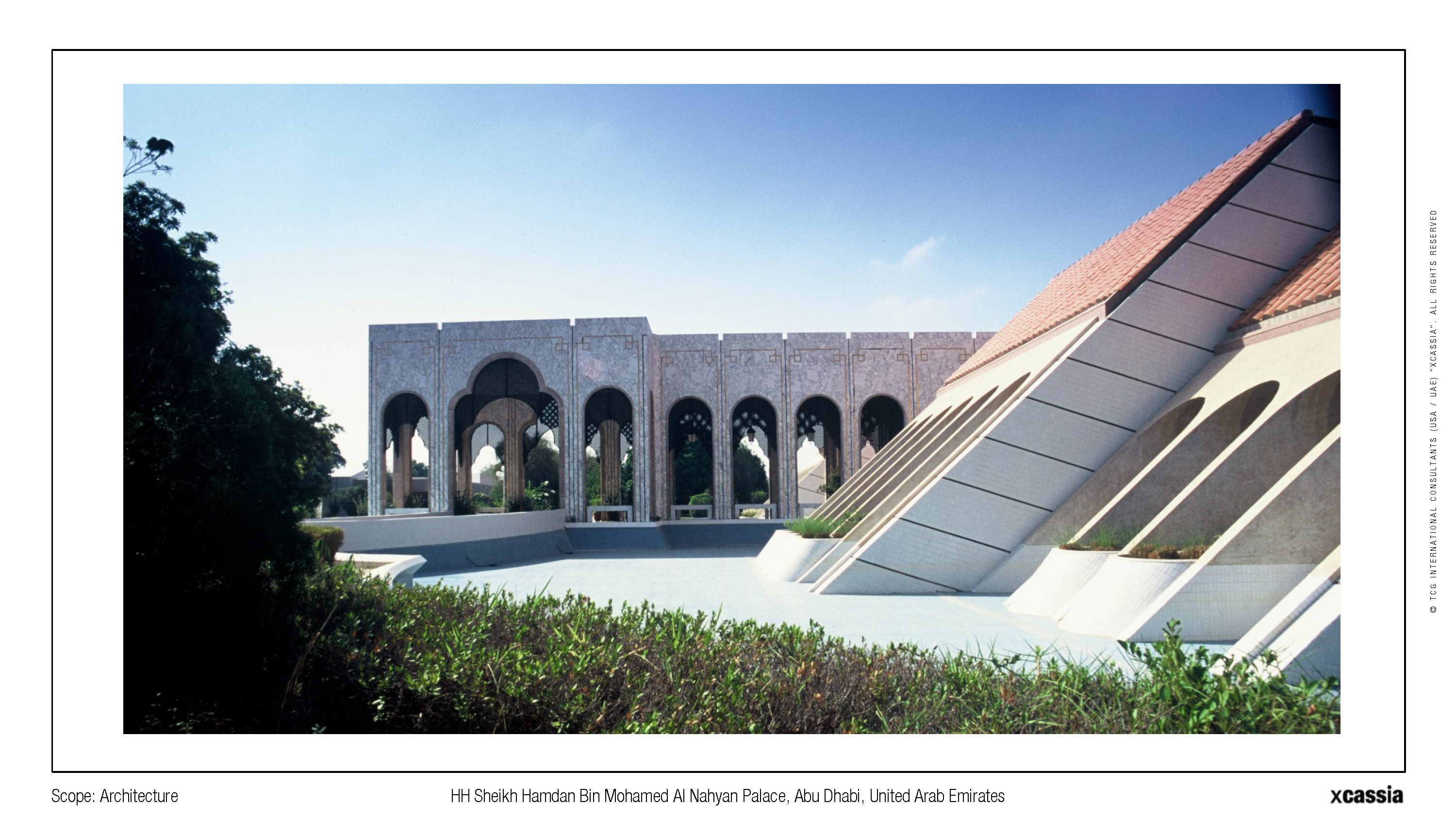 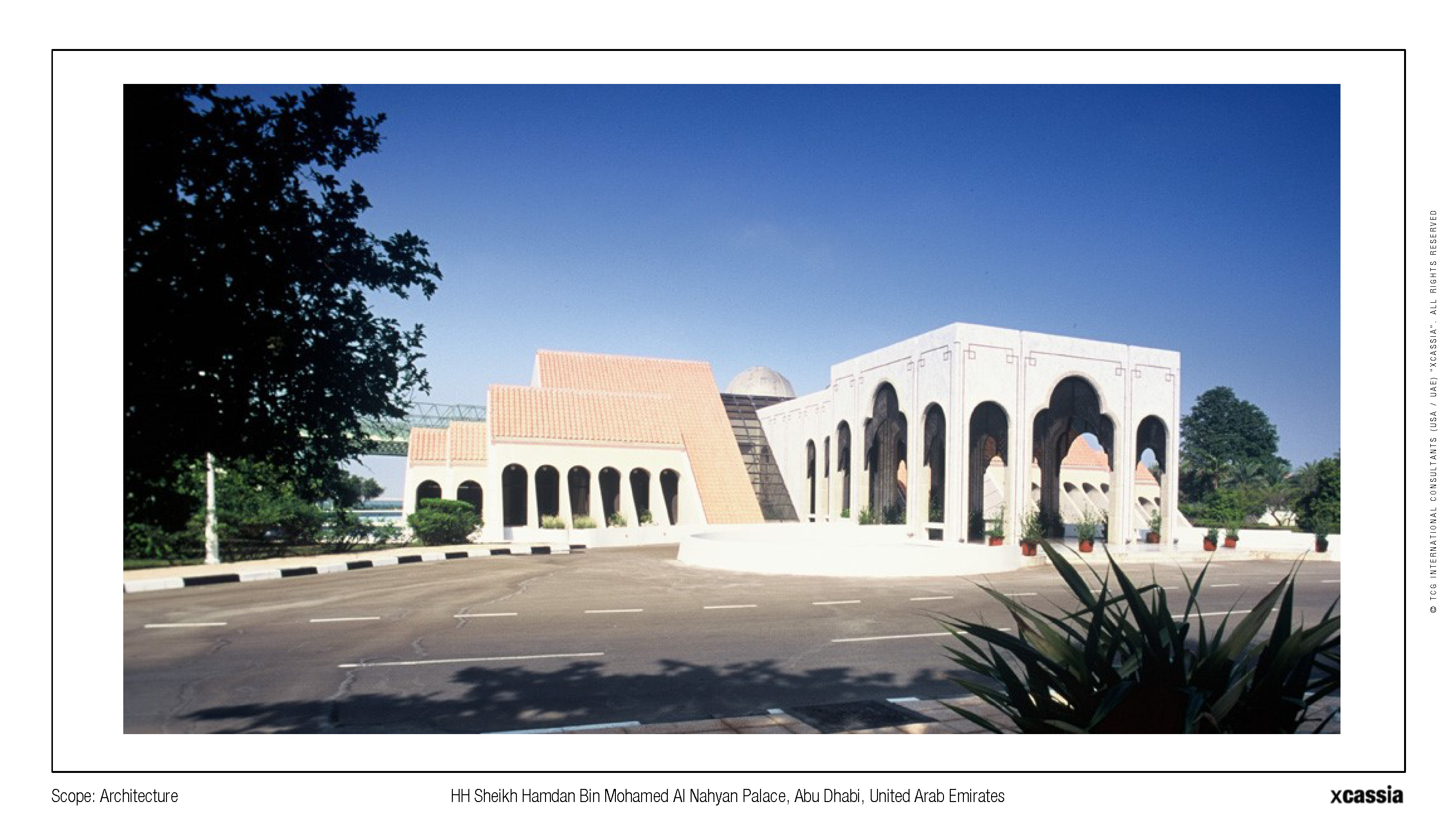 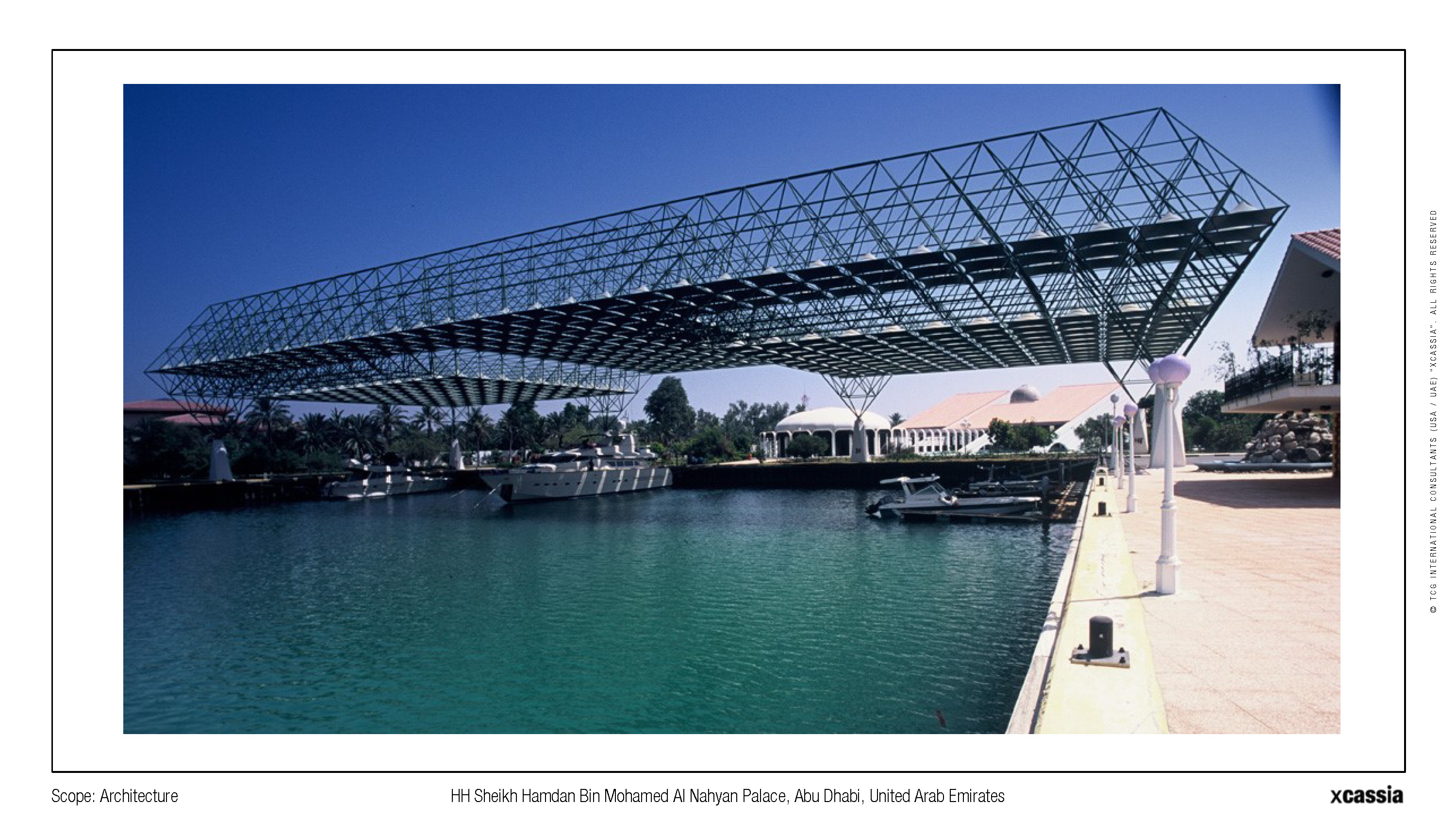 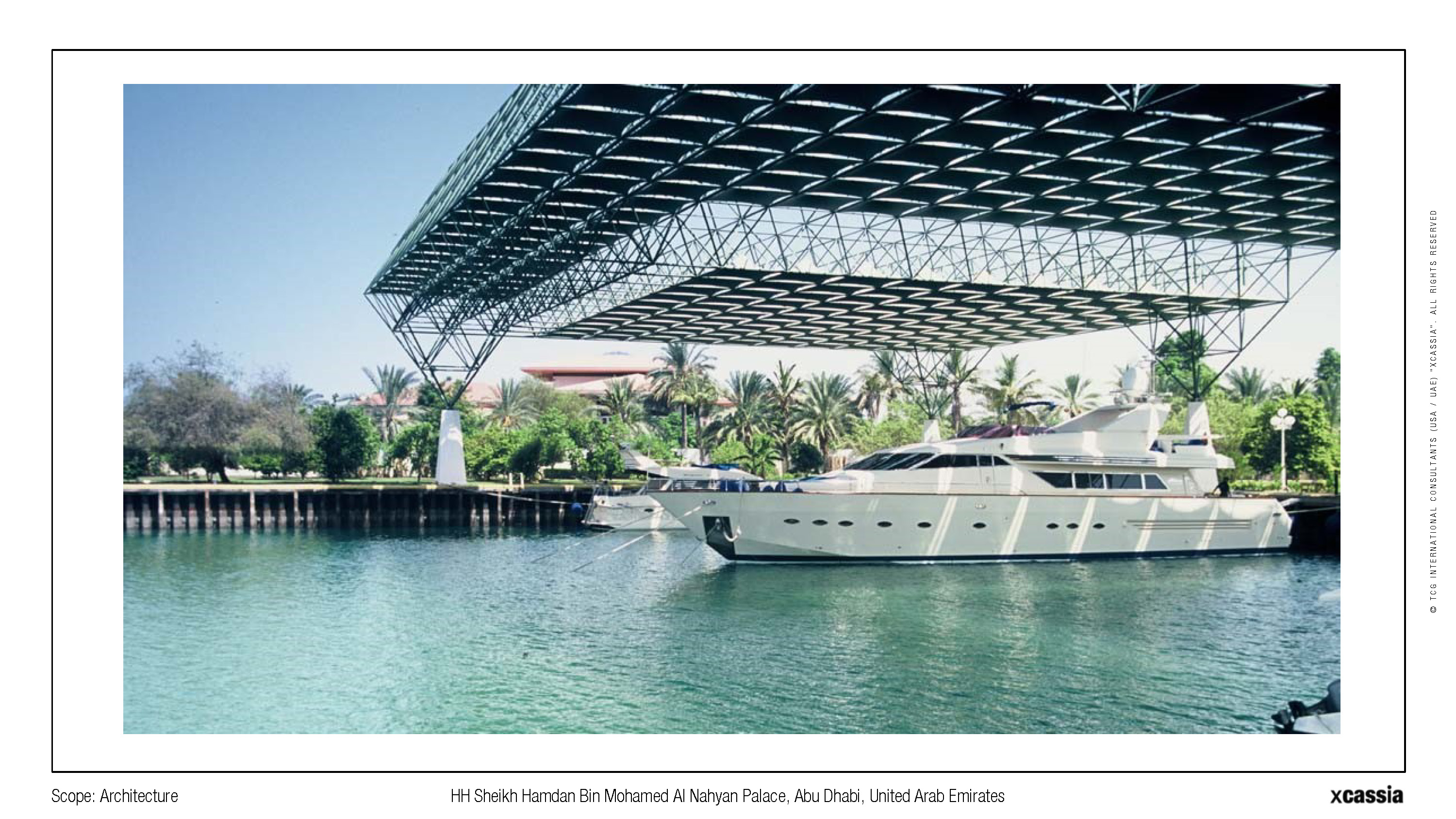 This is a palace compound composed of various independent buildings over a land of 60 acres at the western cost of the Abu Dhabi Island. It is laid on a diagram typical to most palaces built in the Arab Gulf countries. The diagram is a pure solution to certain needs that reflect the local lifestyle. The compound has three main parts: the "Majless", the family residence and a house for the eldest son. It also has several other parts such as the service buildings, garages, another small house and a large private marina.

Sheikh Hamdan was a Deputy Prime Minister and required that the palace projects an image of status and provides at the same time the privacy needed for his family. This is why the architectural concept aimed at providing a layout that segregates the functions into separate structures. Those structures, accessible to one another are somehow separated with purpose designed landscaping.

Despite the separation of the buildings in this compound, the architectural language and expressions were unified. As the compound is located right on the sea, water is used as a main feature. Both the “Majless” and the Main residential palace are built within large circular blue pools. They seem like islands and the pools like extensions to the bay. All structures are covered with red tiles and skylights are used in several places. Individually, every part of the project is as follows:

The “Majless”, located right at the main gate, is the formal reception area. It has a driveway, a grand entrance, a large reception hall, several lounge rooms, a large dining room and all the necessary spaces for services such as kitchens and bathrooms. More than every other building in the project, it is a bold architectural expression and has a daring ‘marriage’ with a very traditional Middle Eastern structure placed as a welcoming symbol at the forefront façade of the entrance. This entrance serves one main purpose. It is to be monumental.

The "Majless” has a direct link to the marina. This is via a path that runs over the water and directly to an enclosed dome located right at the bay. A large space structure spans over the private marina to provide shade over the numerous boats, some up to 50 meters in length. The marina is somehow central to the whole compound. Being right in front of the “Majless”, it has on one side a small house for one of the sons, and on the other the large family palace.

The family palace enjoys a complete privacy as it nestles between all sorts of large and small trees. It has a sense of a neighborhood, being close to the house of the eldest son with spaces used as children playgrounds. It also has a monumental presence as the grand portico spans over its driveway. It overlooks the sea as well as the marina, and enjoys the surrounding water features that strengthen its coastal character.