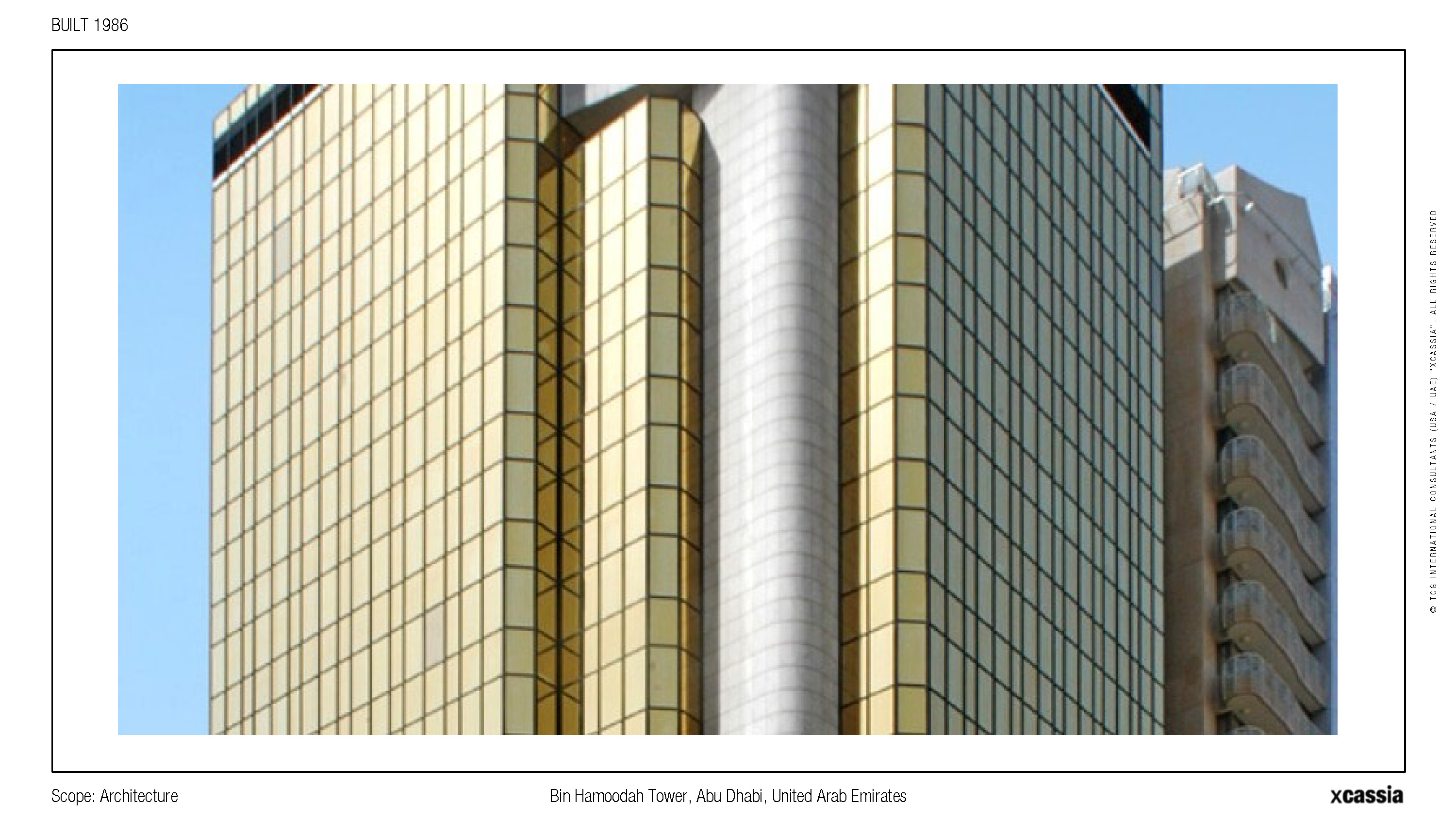 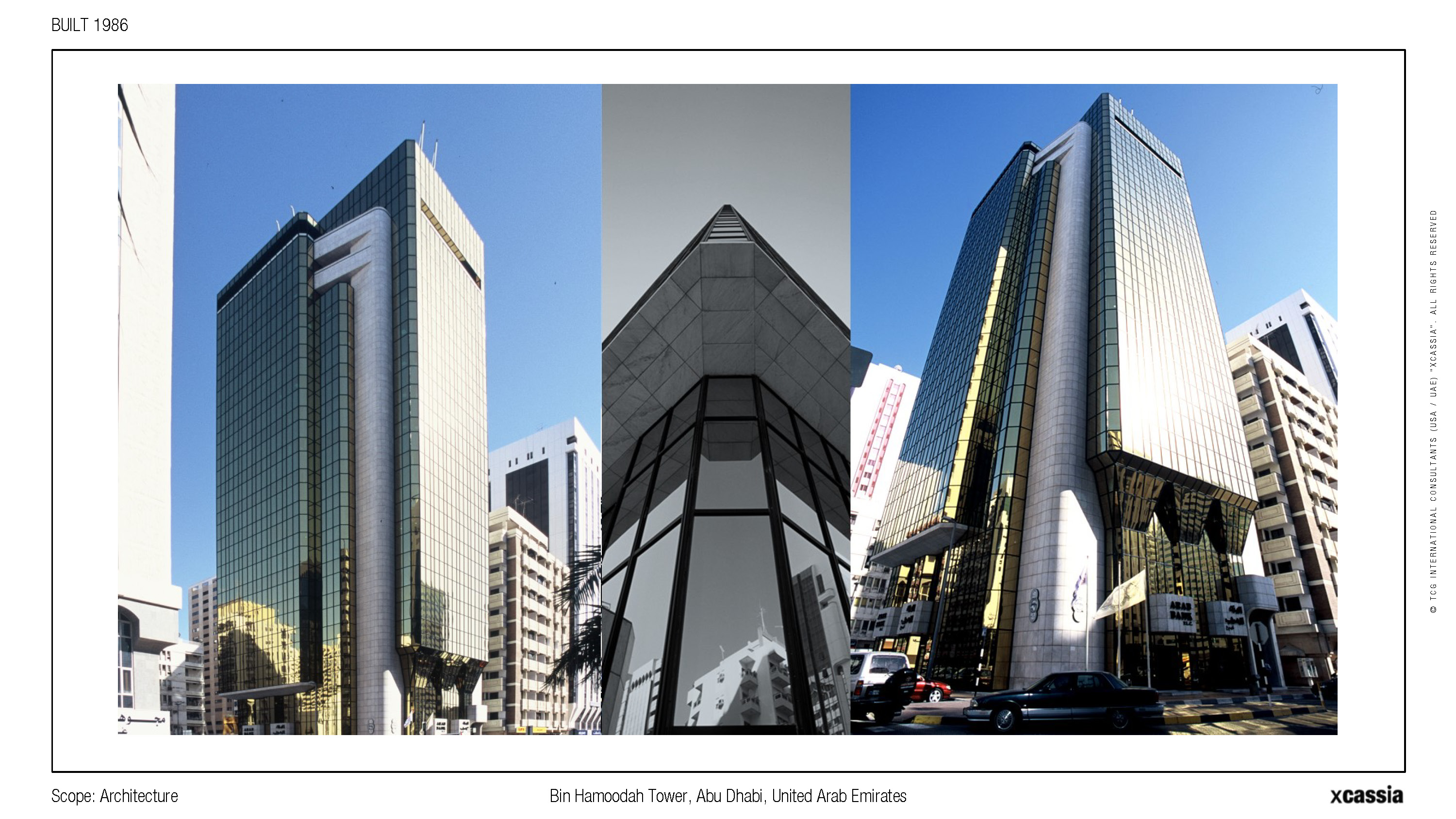 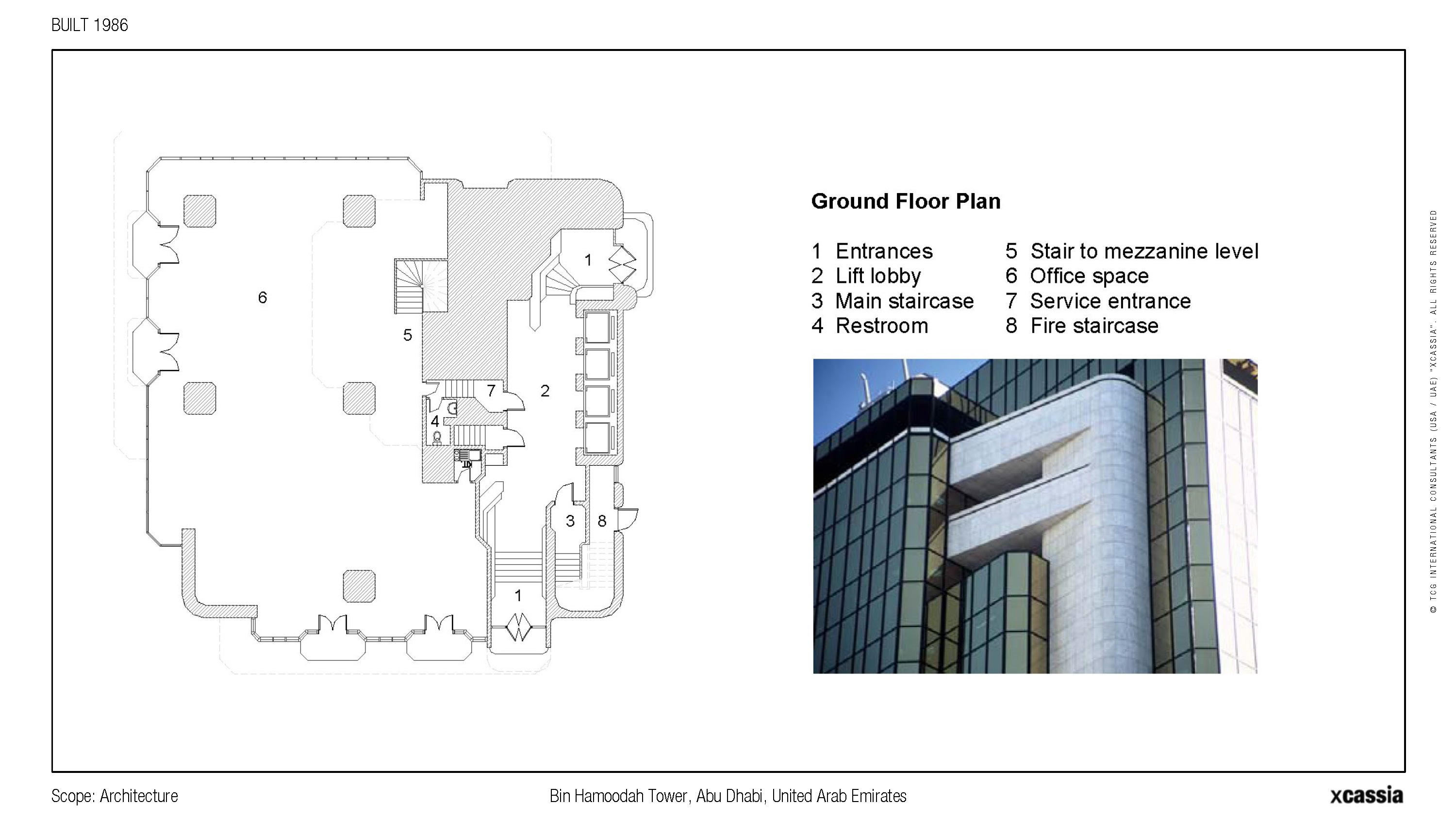 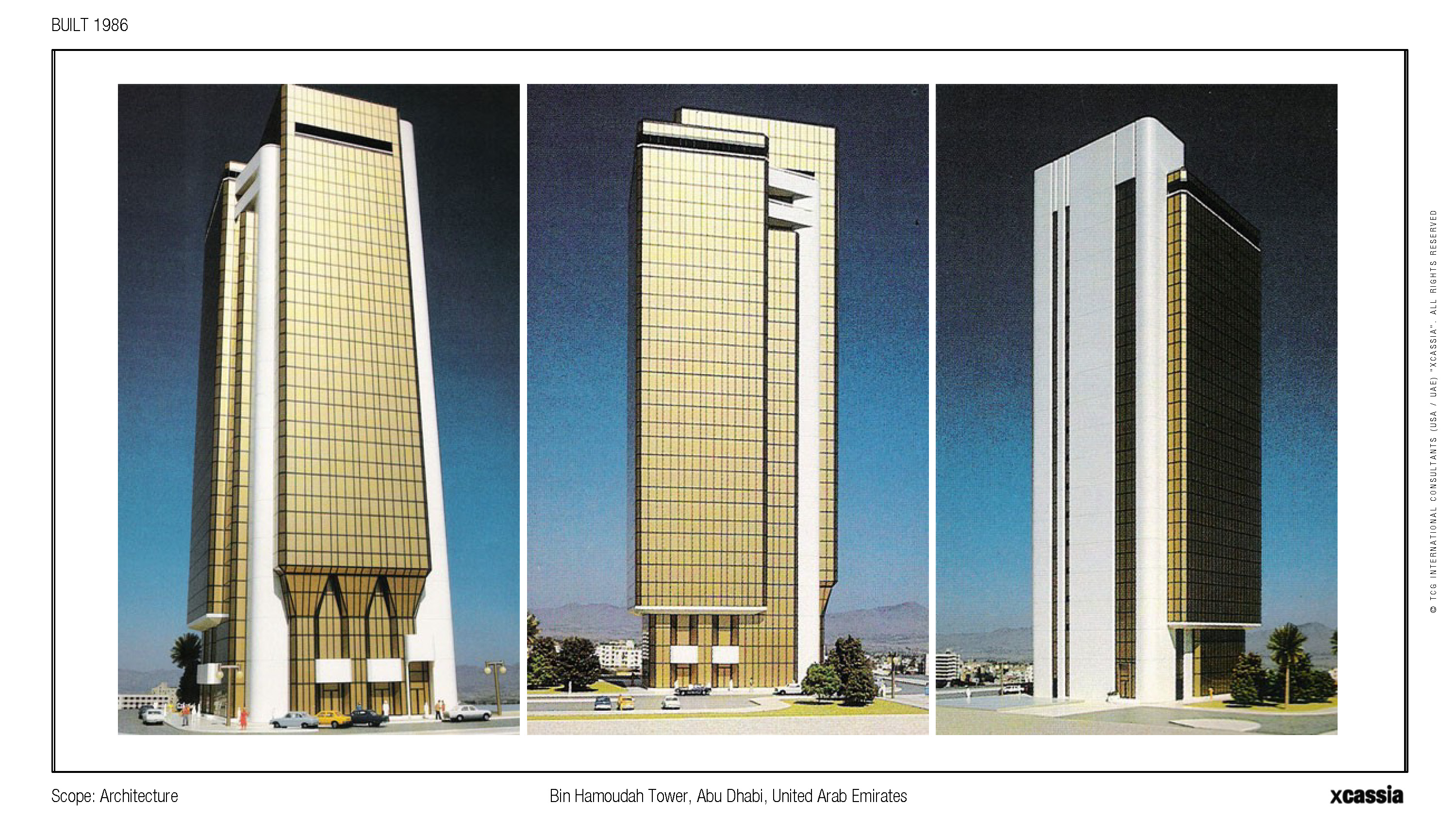 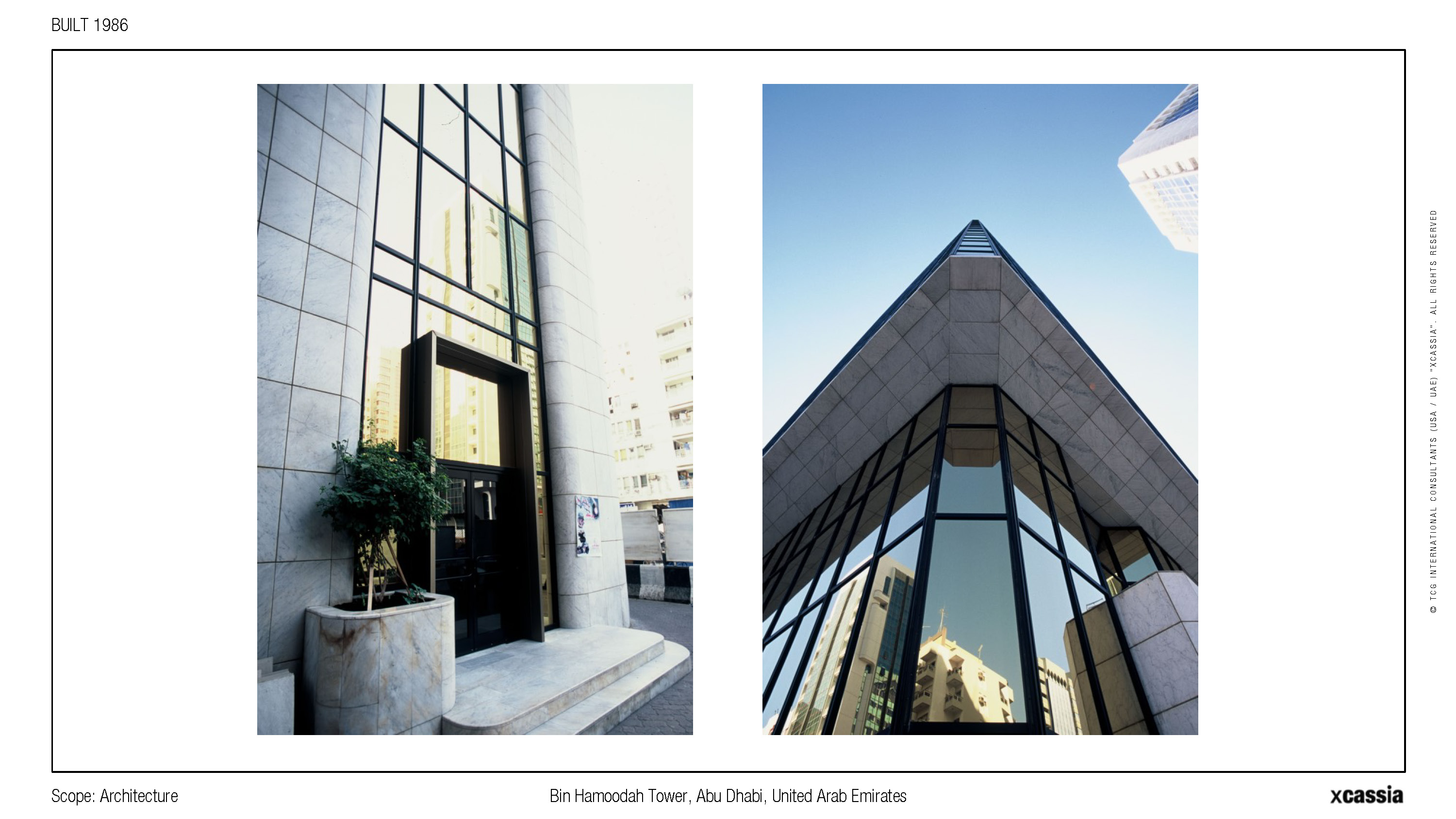 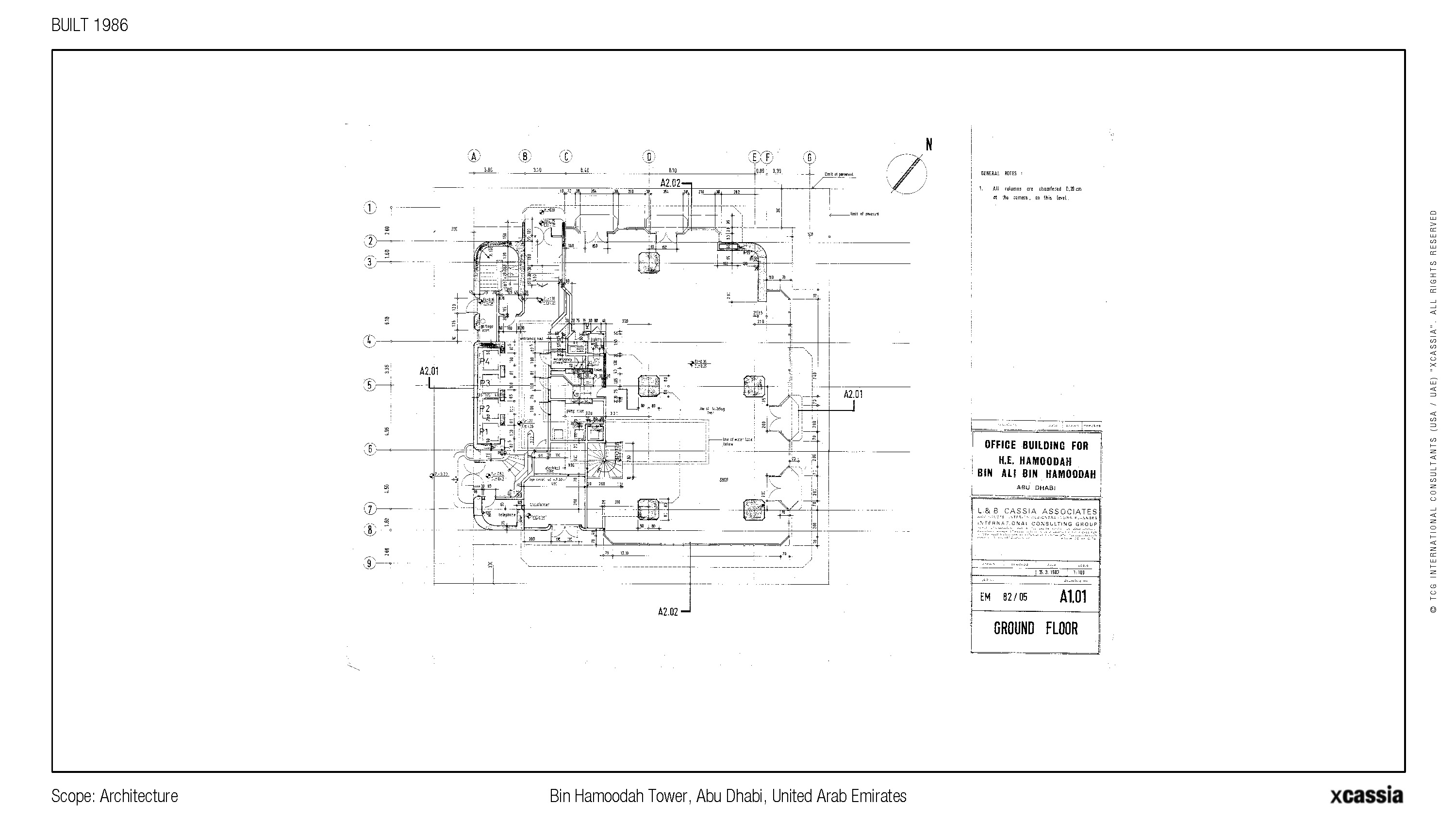 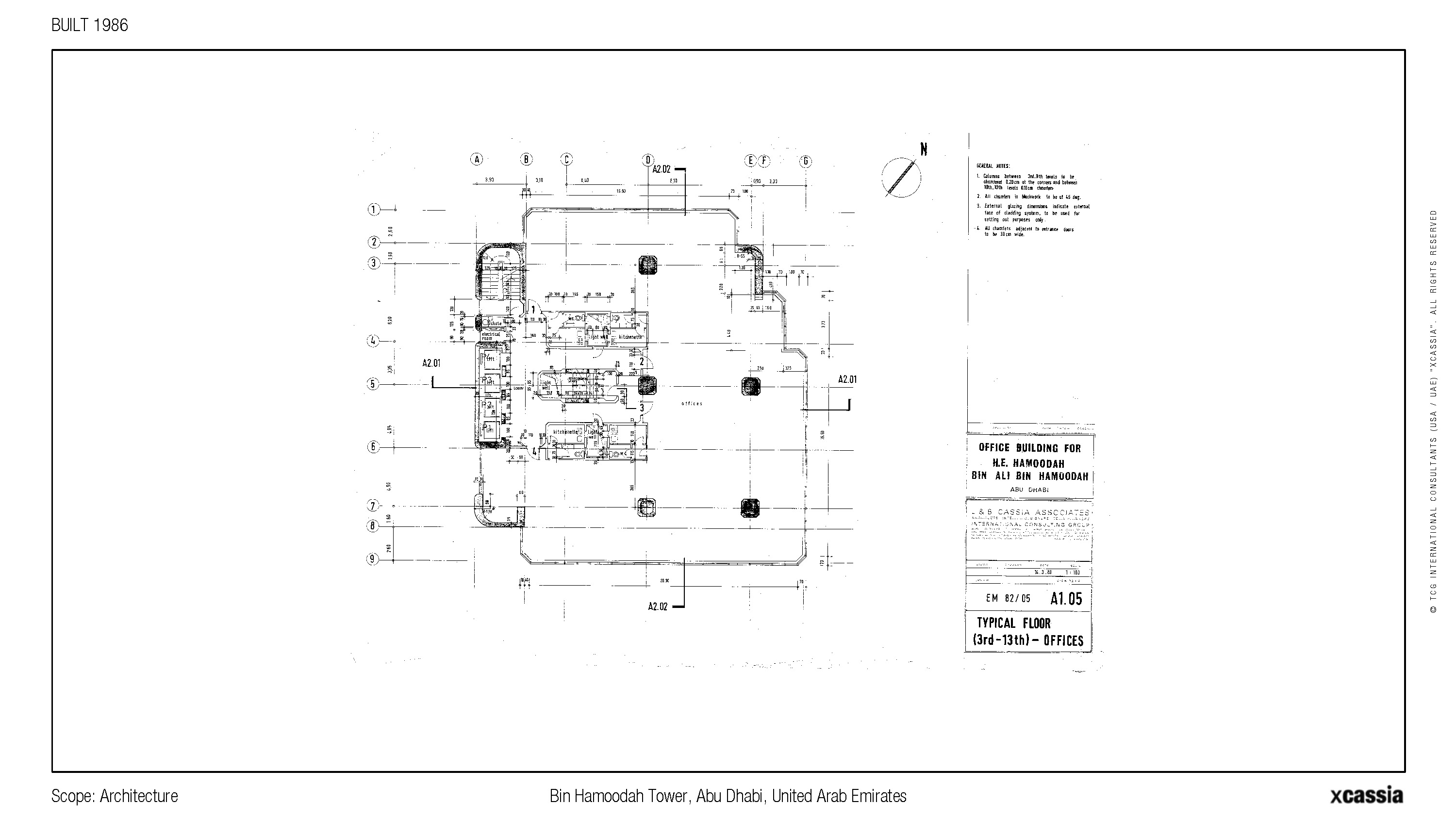 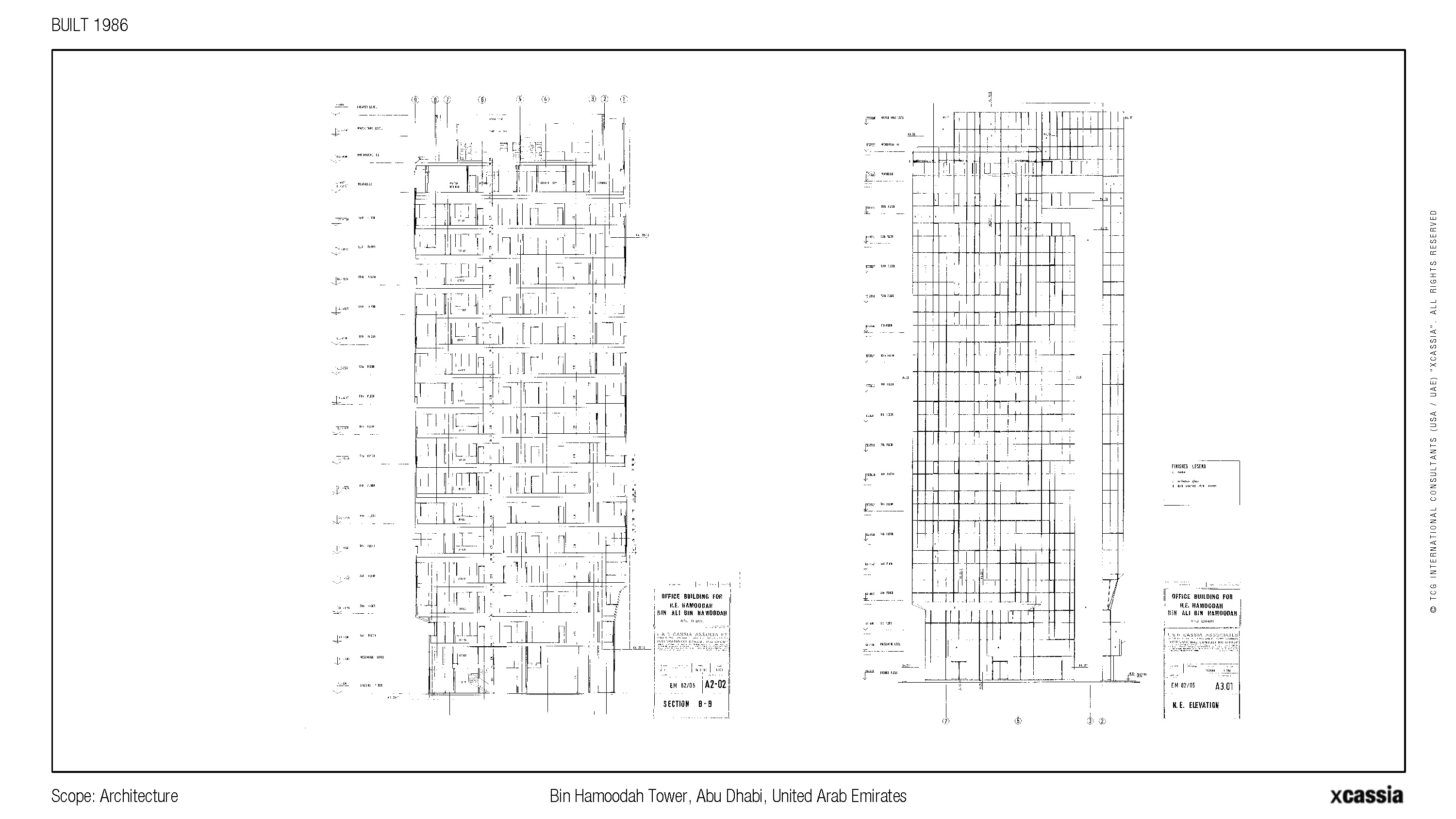 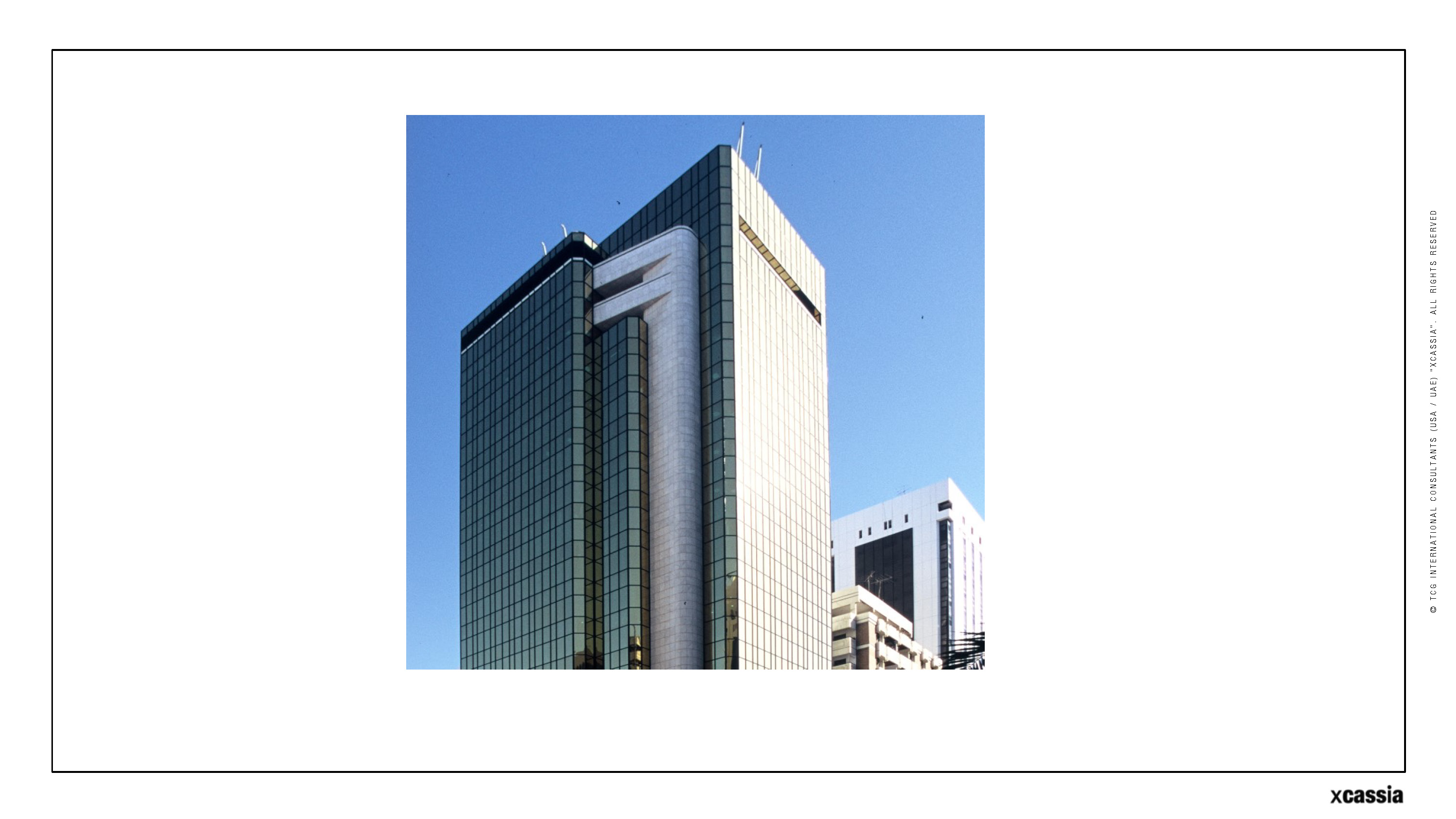 This 10,900 sqm building was designed by Lucien Cassia to house the Client’s group headquarters within a mixed-use facility.

The project’s position and restrained use of materials and forms endow the property with an elegant austerity that blends in appropriately with the functions.

The Arab Bank occupies the ground and mezzanine levels and the 15 stories of offices allow for up to 60 divisible units.

A 3-bedroom apartment originally intended for the Client’s personal use occupies the top floor.

This building is well known as the “Golden Tower”. Right in the middle of a long line of high-rise buildings that stretch along one of the busiest streets of Abu Dhabi, it can never be missed. It has the same height as any adjoining building, same limitations, but it stands out visibly bold with elegance. What makes it a landmark is not only the golden reflection against its facades. It is also the strength of the pure stretch of straight vertical lines as well as the fine detailing of its architectural features. It looks and shines like a giant well crafted piece of jewelry.

This 10,900 sqm office tower was designed to house the headquarters for Bin Hamoodah Group. The Arab Bank occupies the ground and mezzanine floors, and the 15 stories of offices allow up to 60 dividable units. A 3 bedroom apartment originally intended for the Client’s personal use occupies the top floor. It is now used to receive the group’s VIP business guests. The building is accessible from a grand entrance on the main street and another from the back near the parking areas. Both entrances lead to the main lift lobby, are laid in white marble and sculptured with certain sense of movement and direction.

The architectural characteristics of the tower lay in its sculptural composition. The corners are very well defined with marble cladding stretching from ground level to the top. This creates a contrast with the protruding volumes, and a unity of all the features and elements. Every corner of the building volume is rounded, whether the glazed section, the marble cladding or the entrance volumes and the smaller porticos. The porticos have a reflection on the floor in form of a raised platform paved with the same white marble that contrasts with the red brick of the footpath. It forms a distinctive way that defines the entrances and the access points to the building.

The top end of the building is not sculptured with the same manner as is usual in other buildings by the architect. It is not highly ornamented, but highlighted with architectural feature of the white, marble dressed horizontal volume that defines the top ending of the building; it also creates a wrapping effect around the corner.