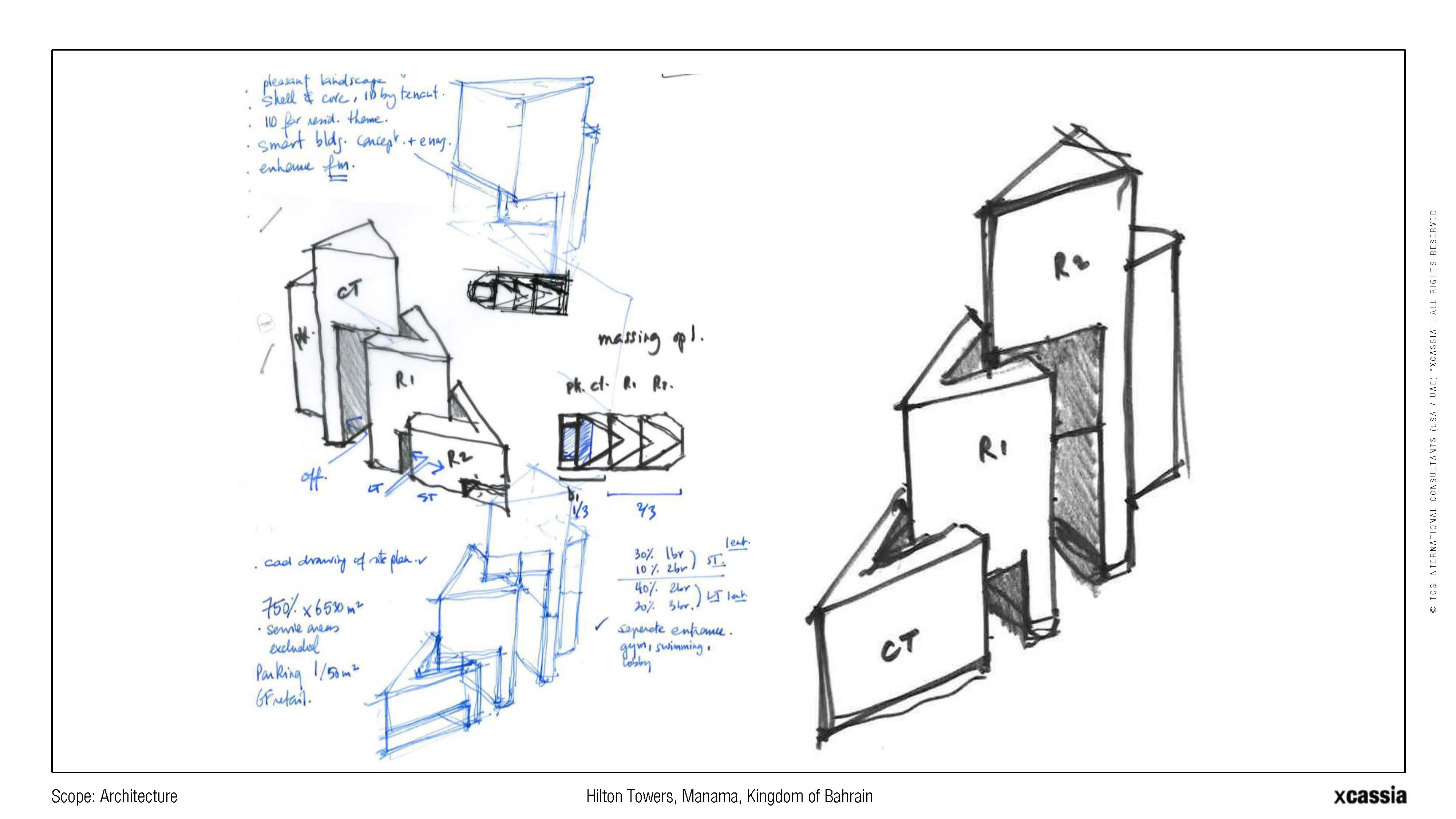 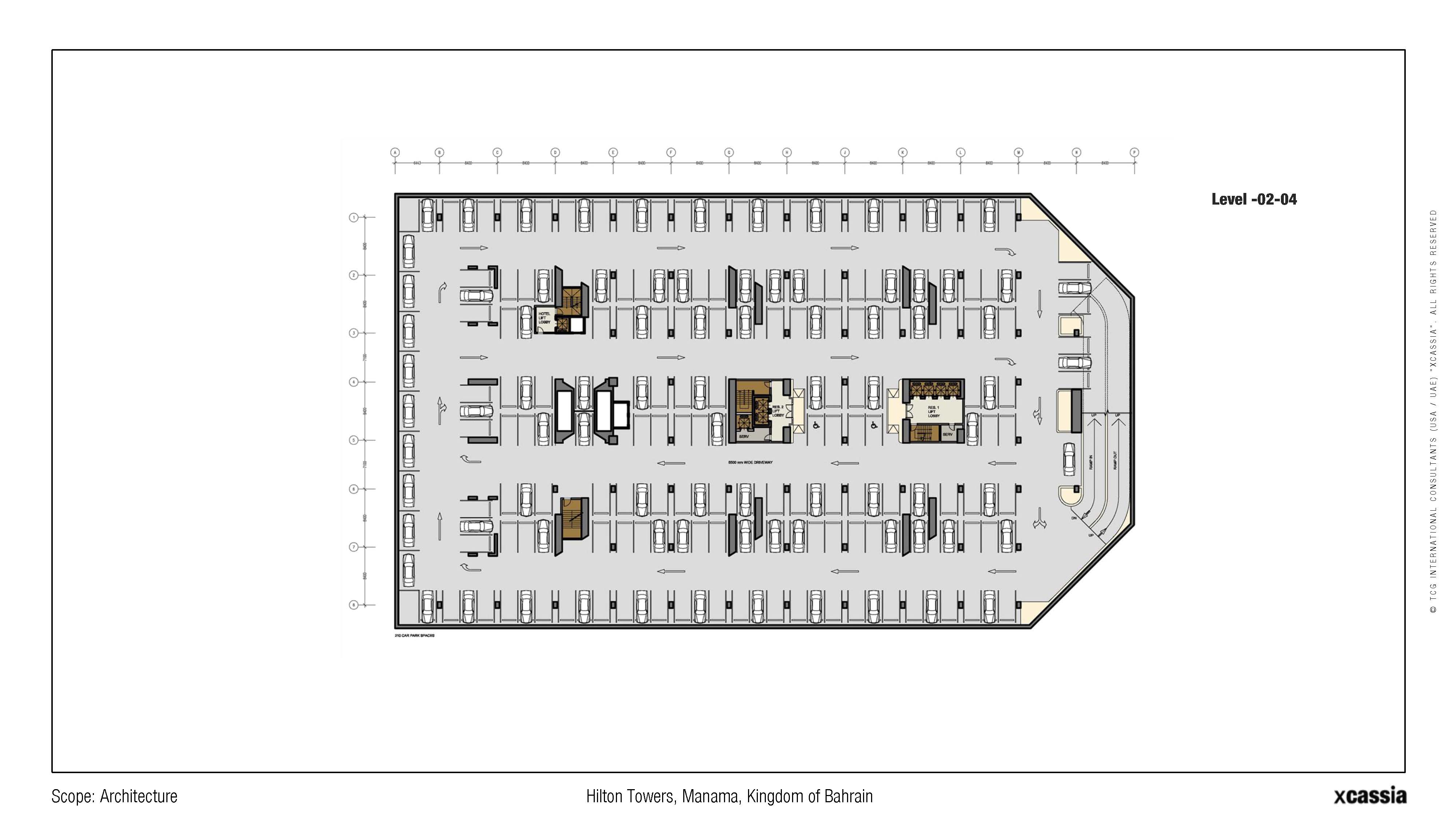 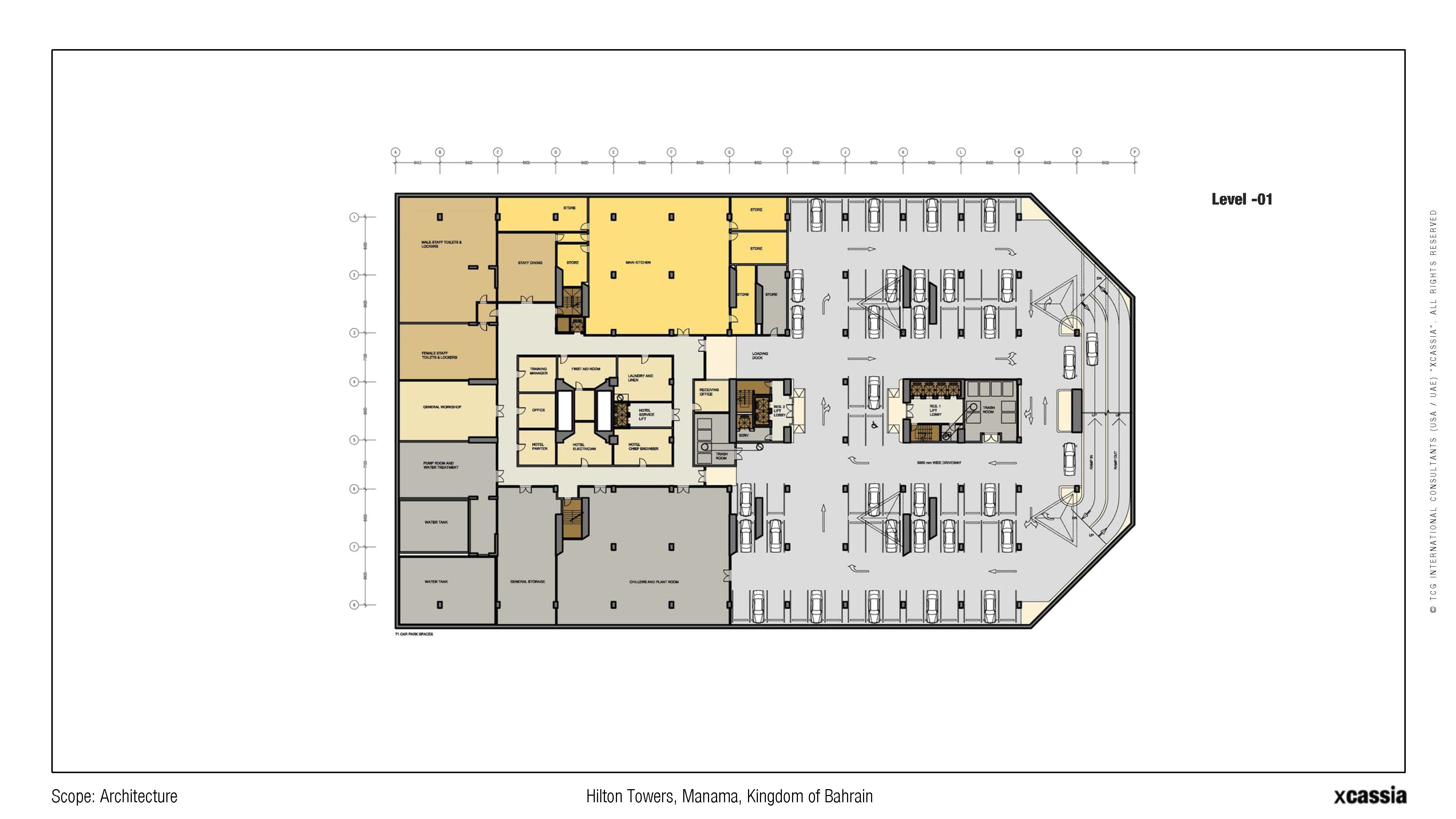 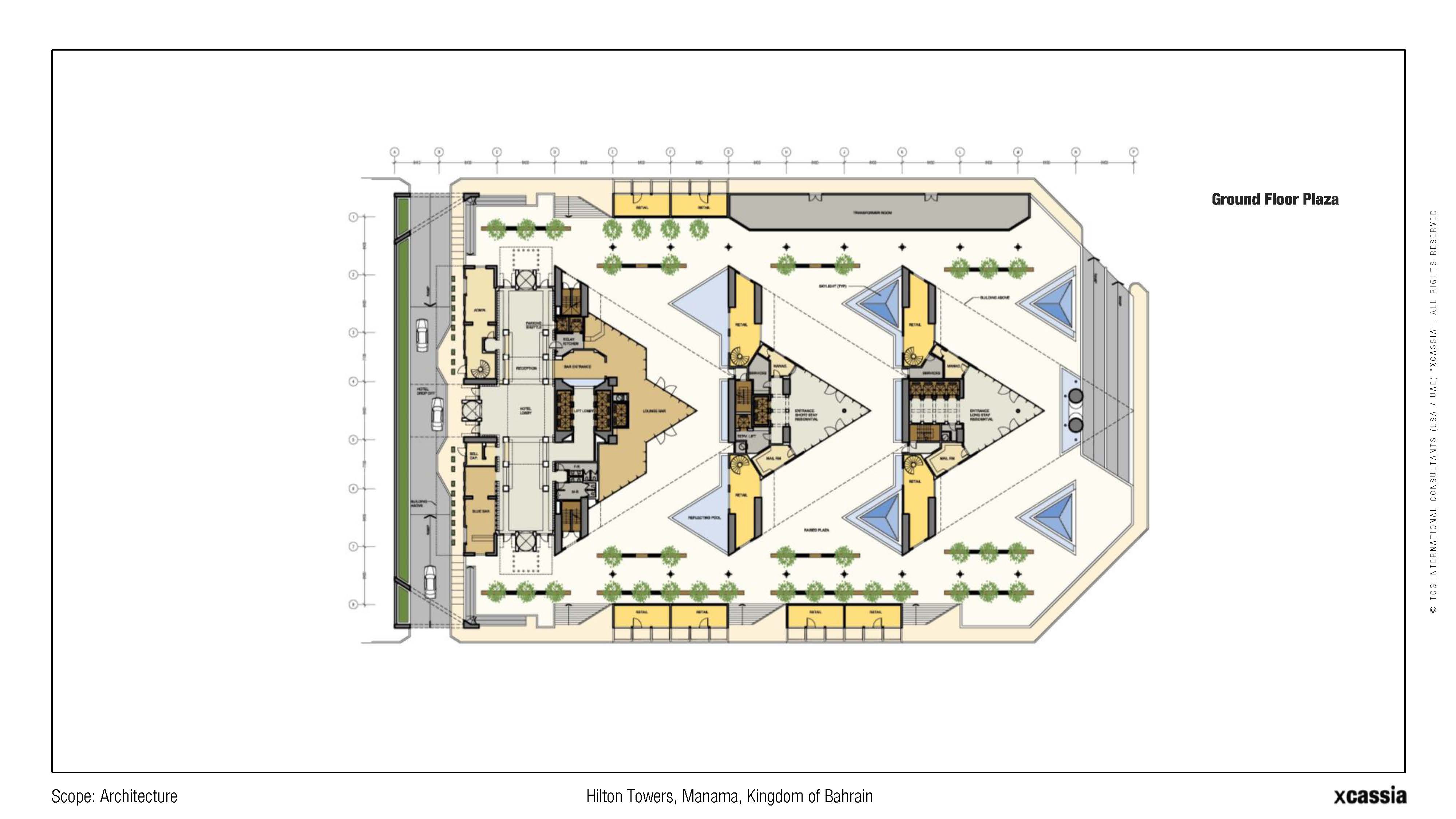 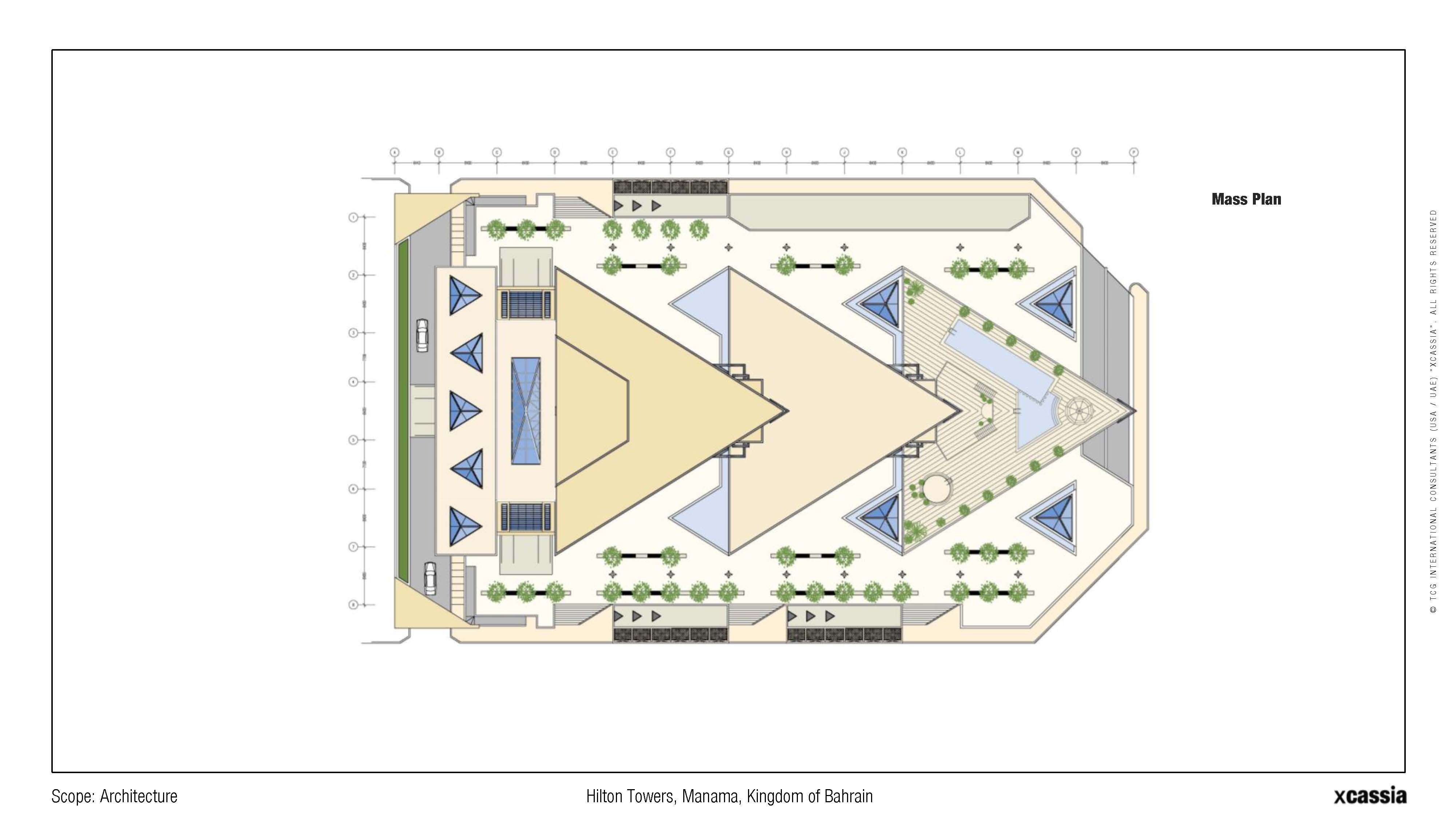 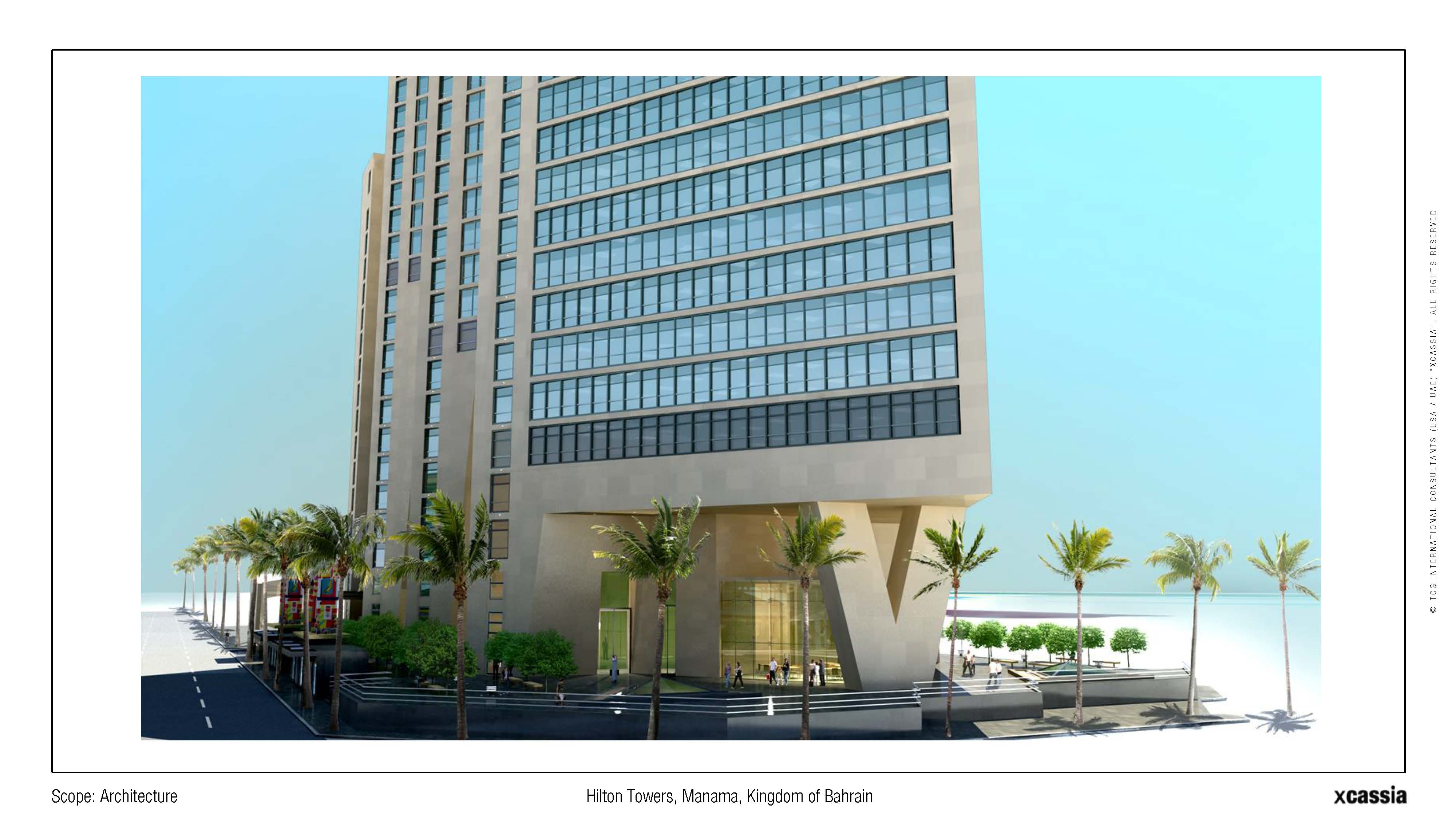 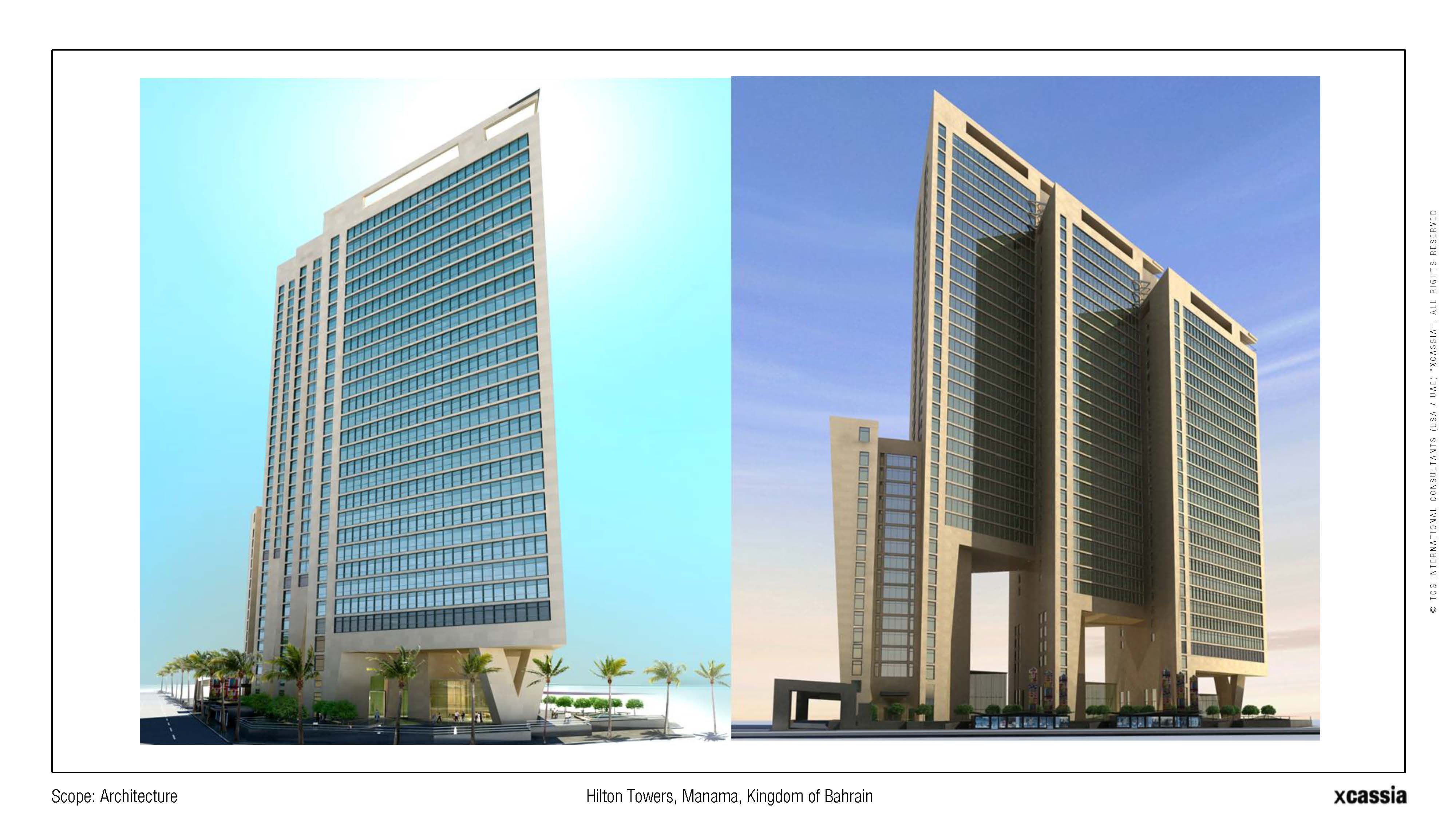 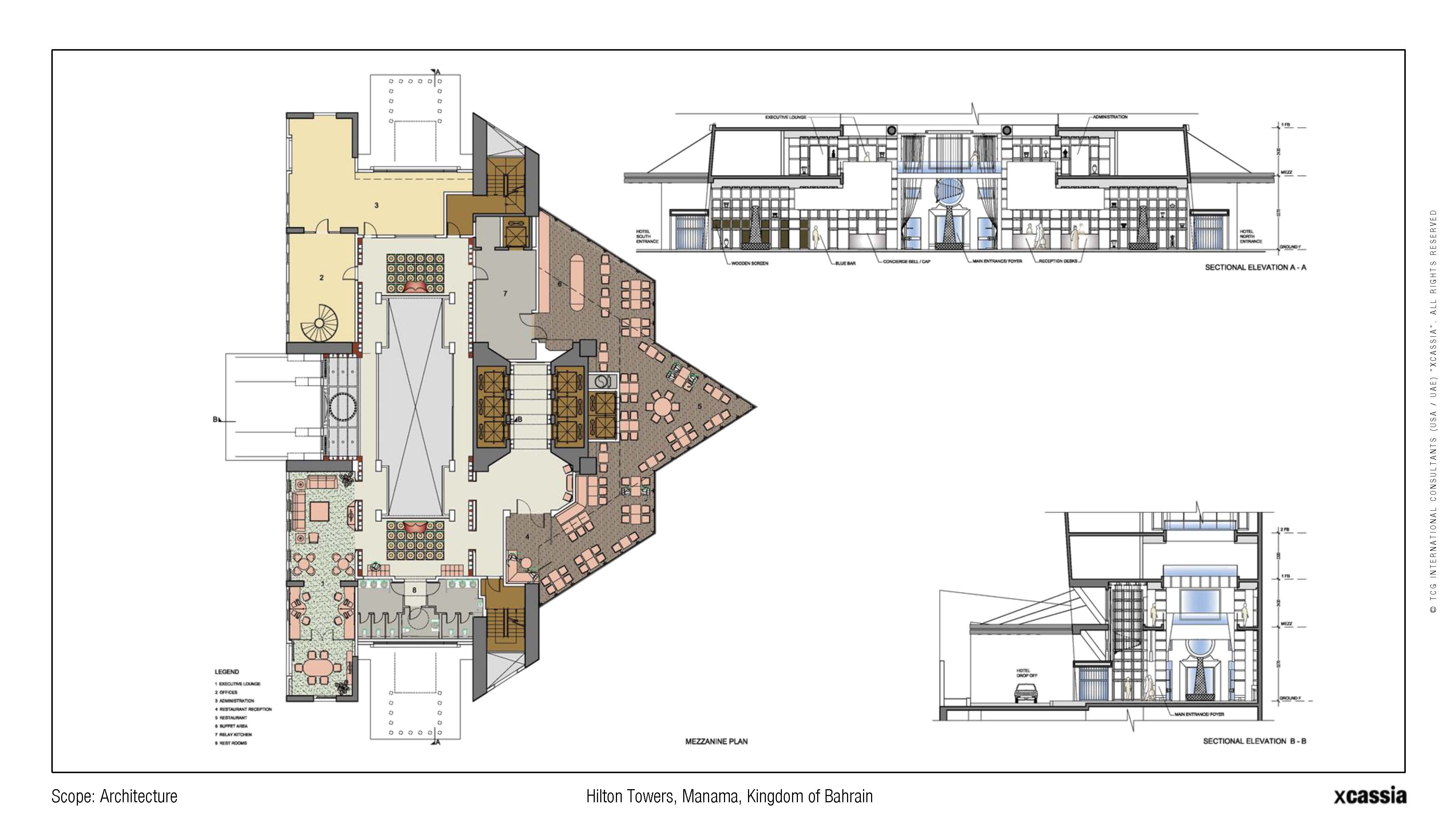 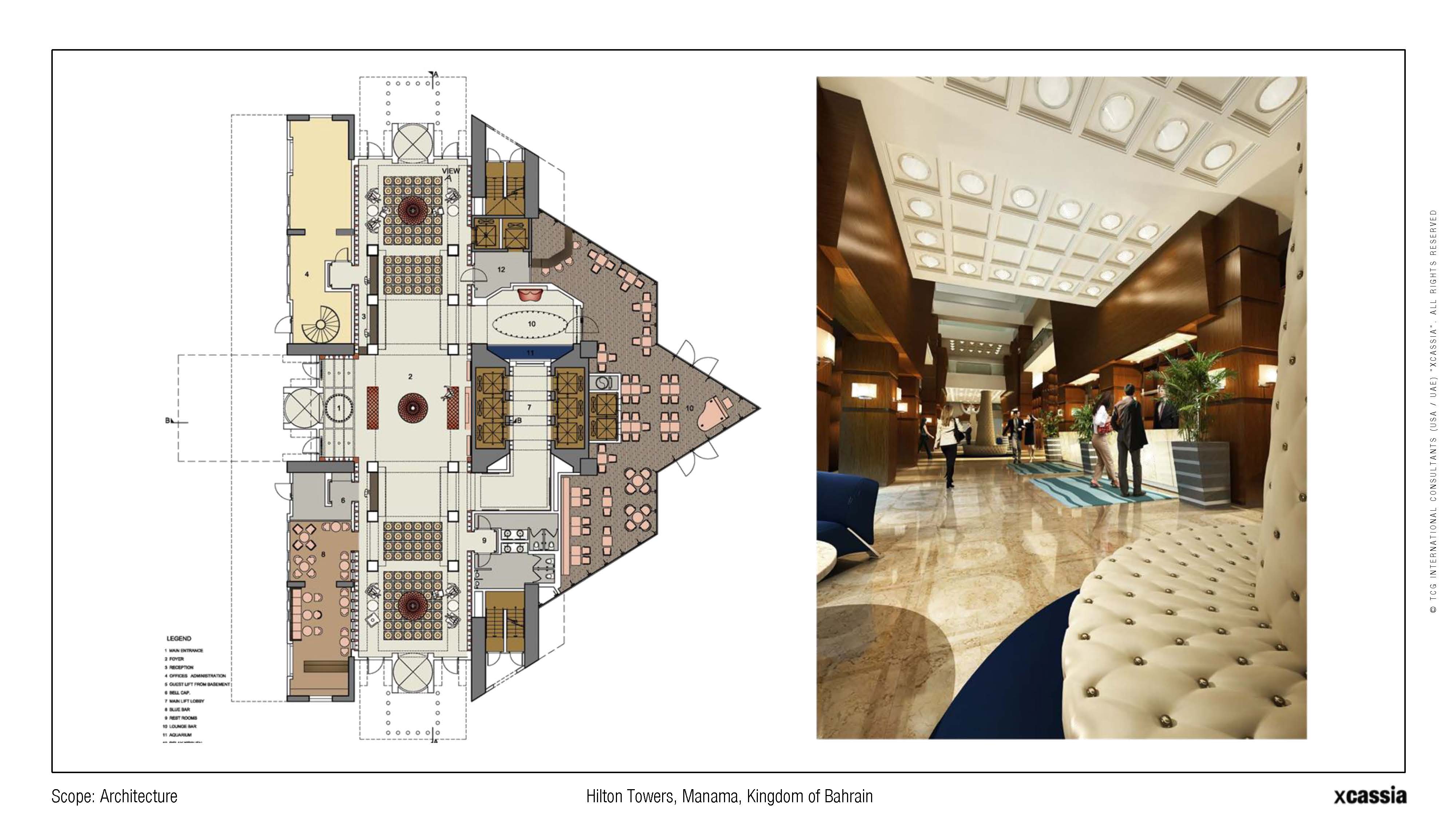 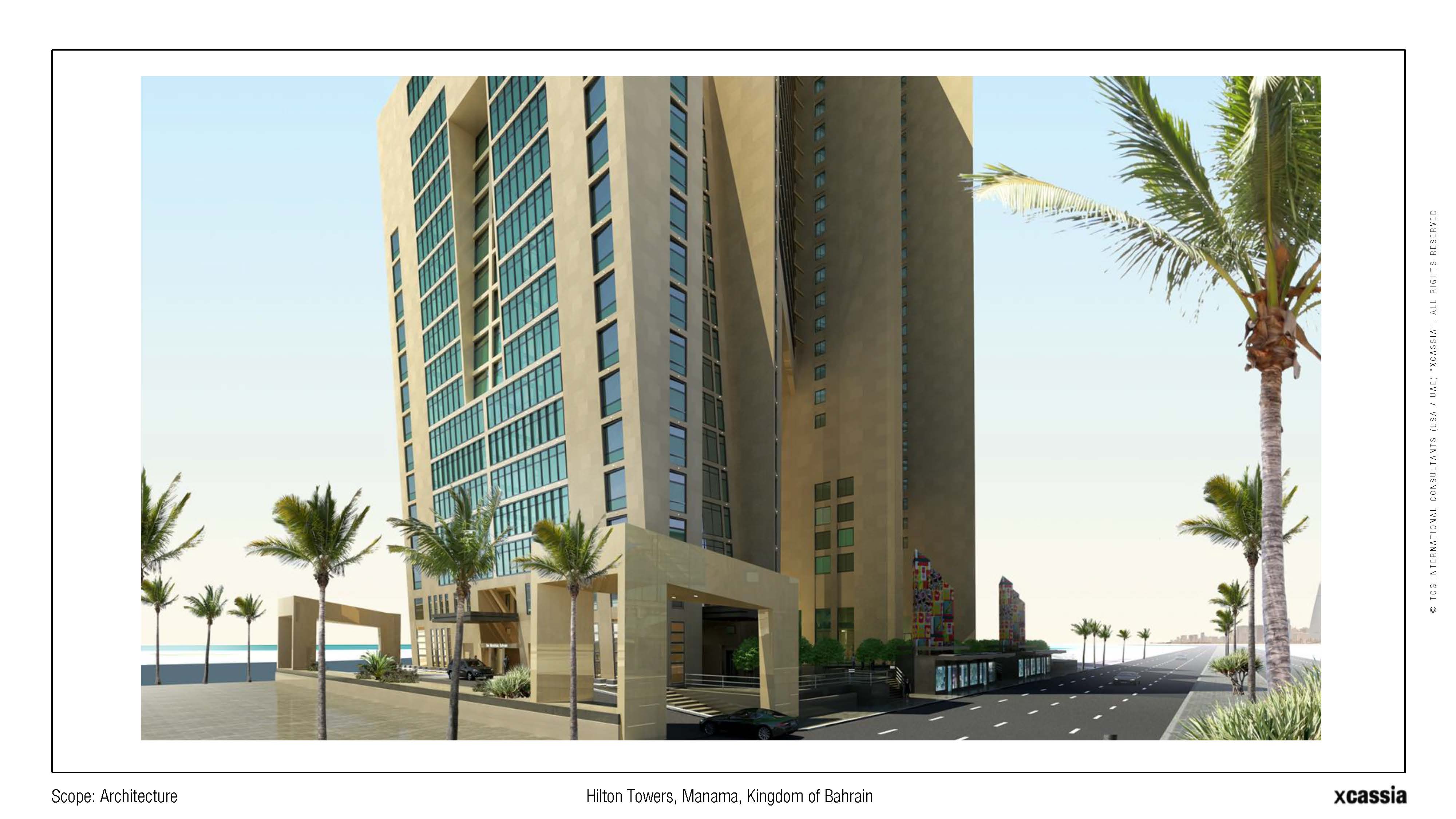 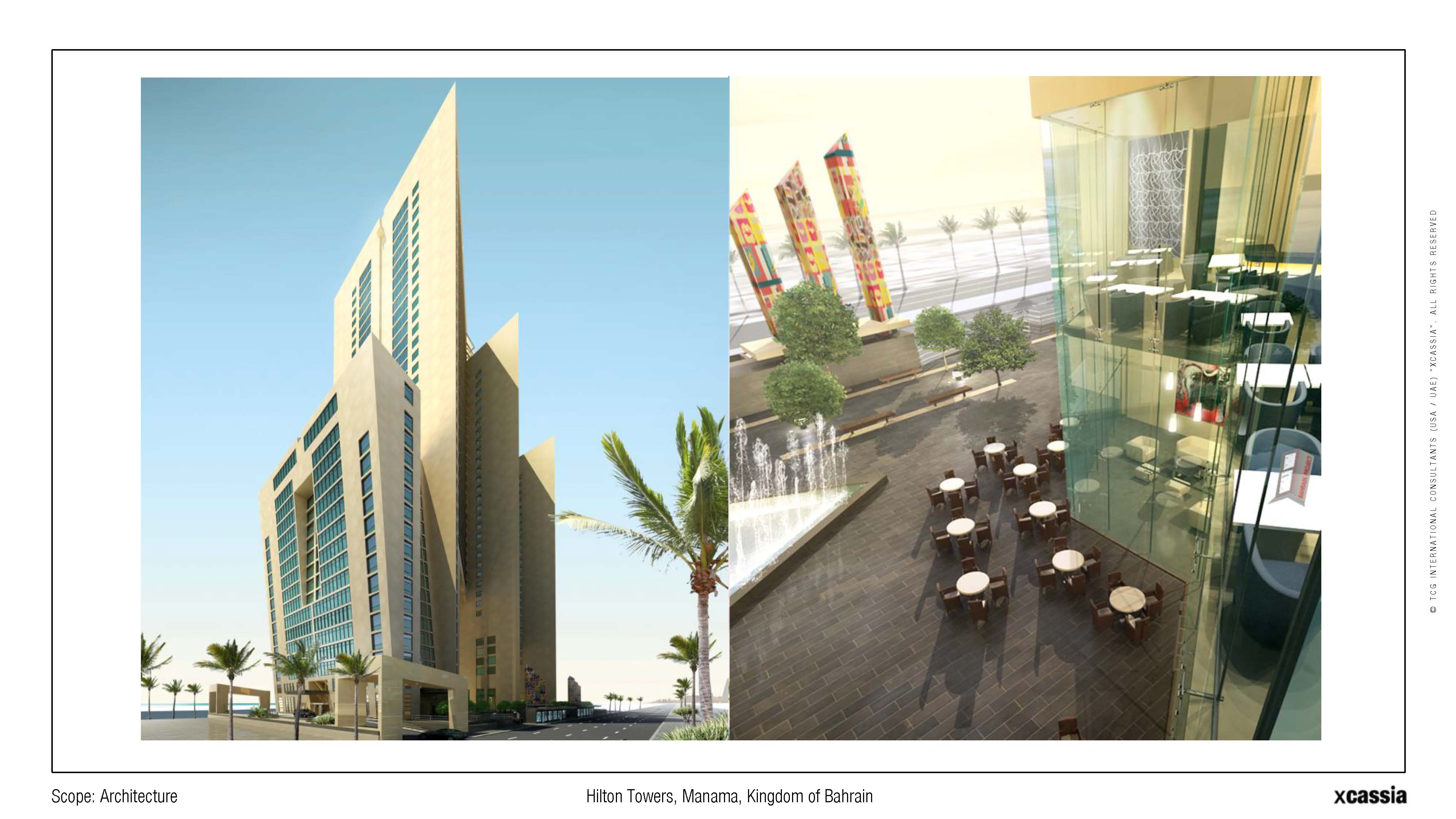 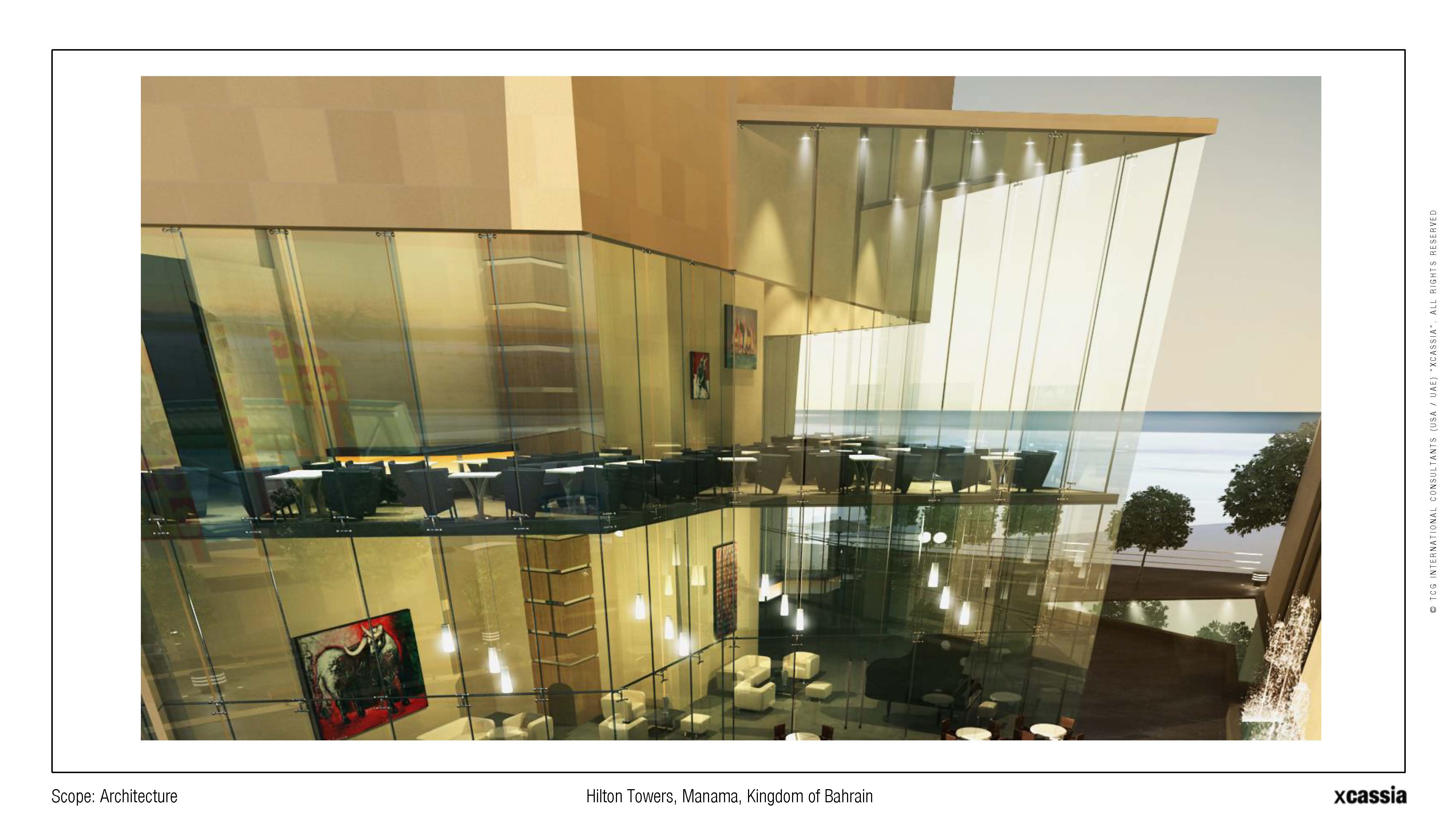 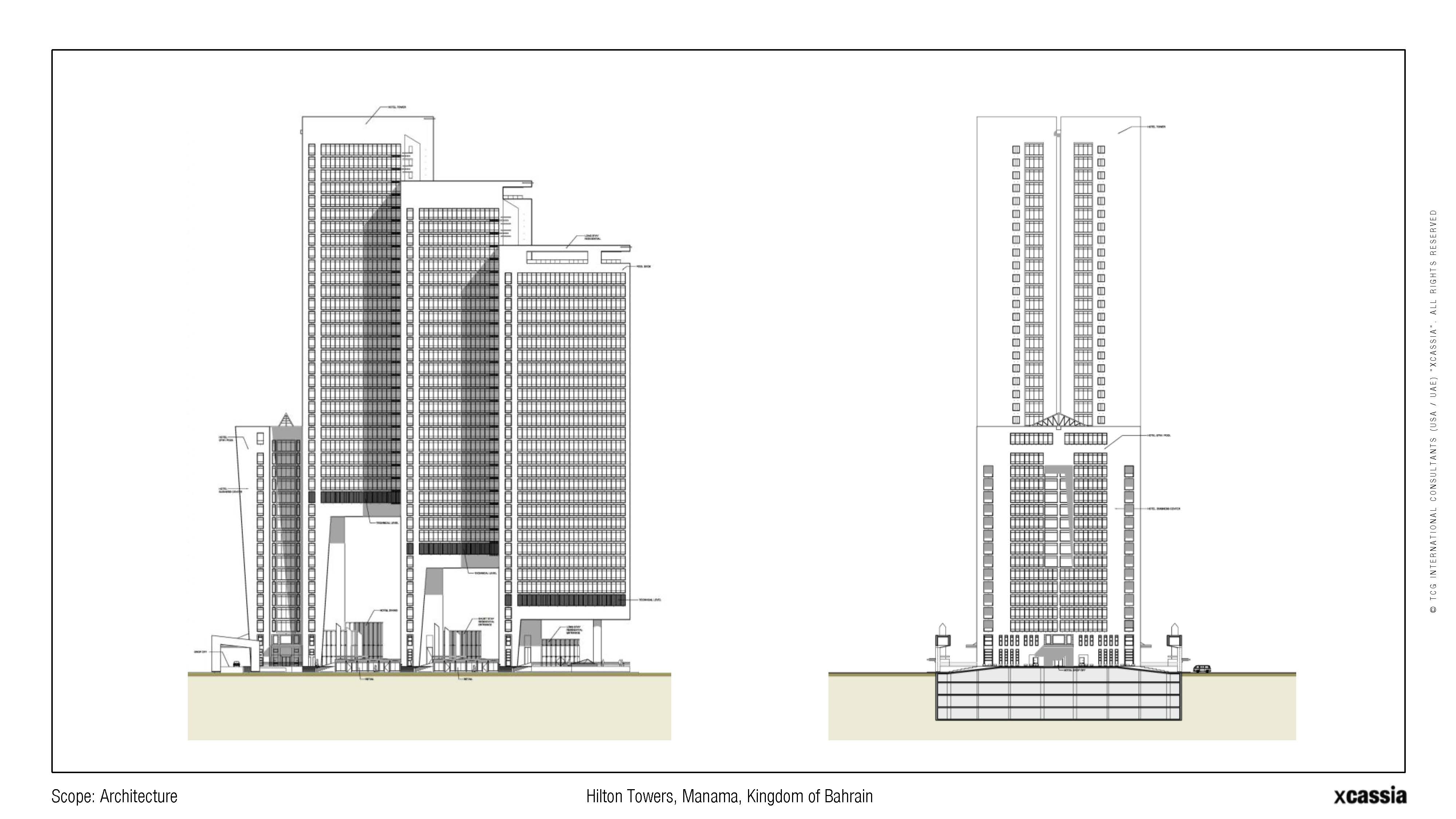 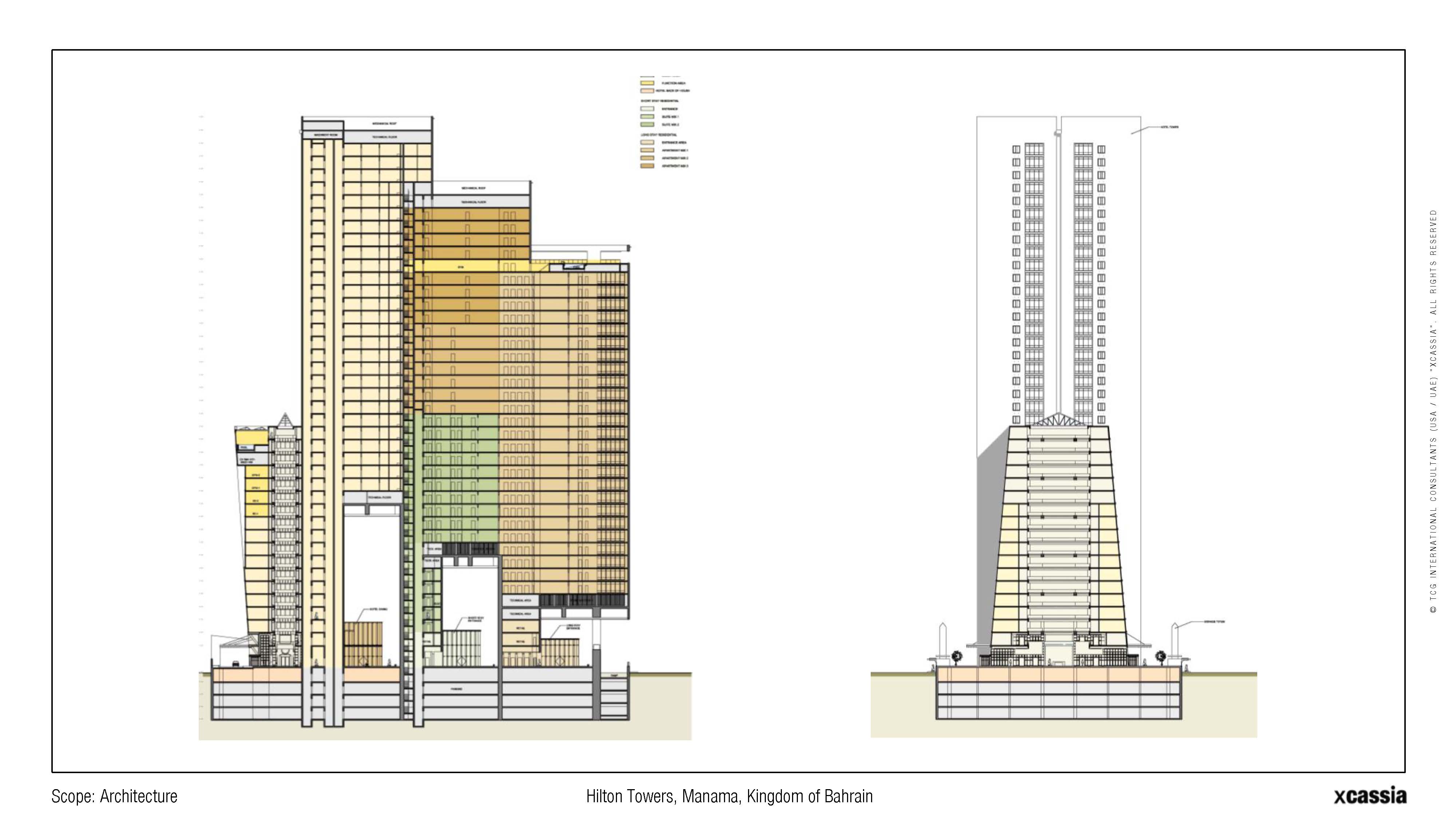 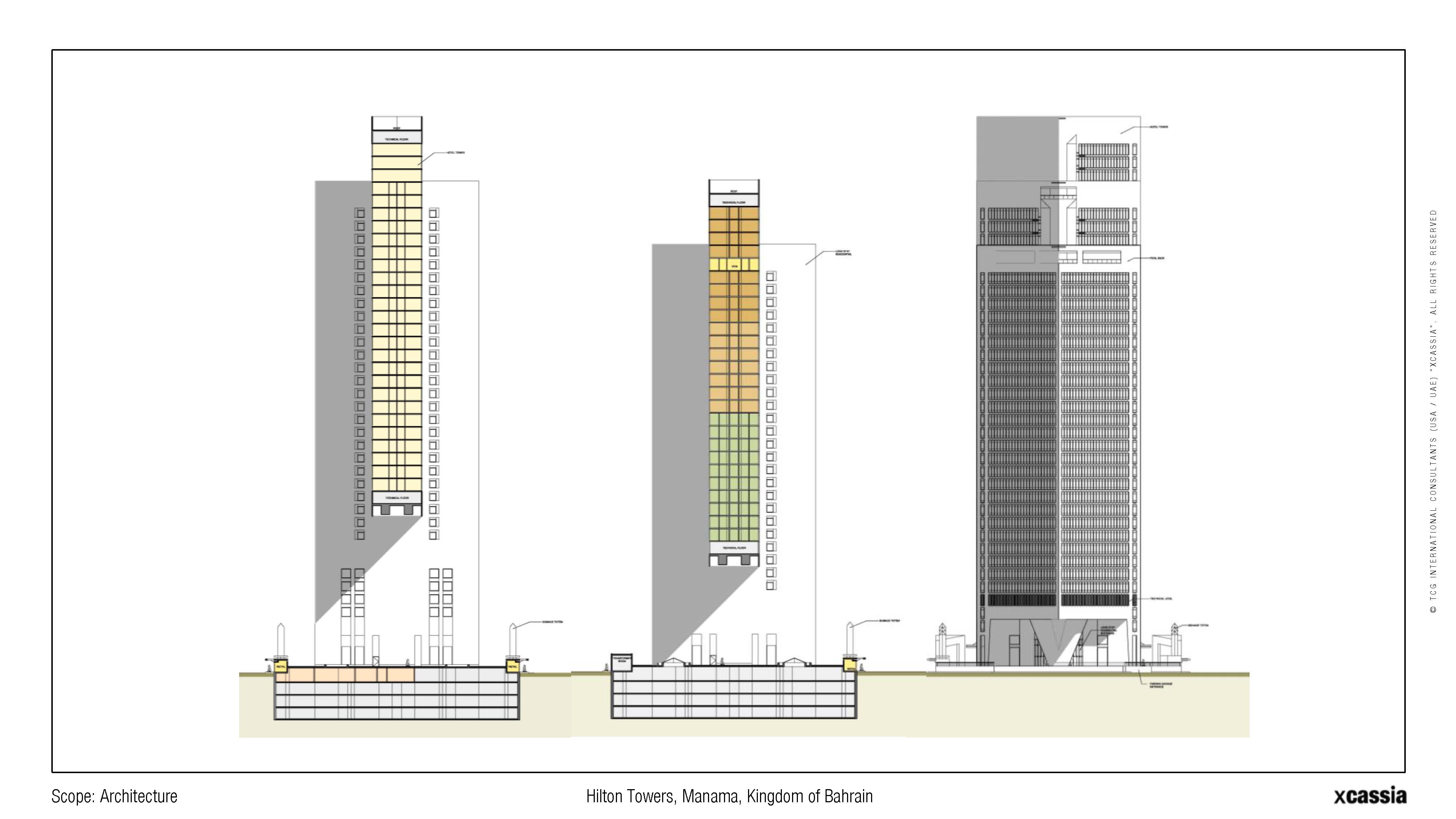 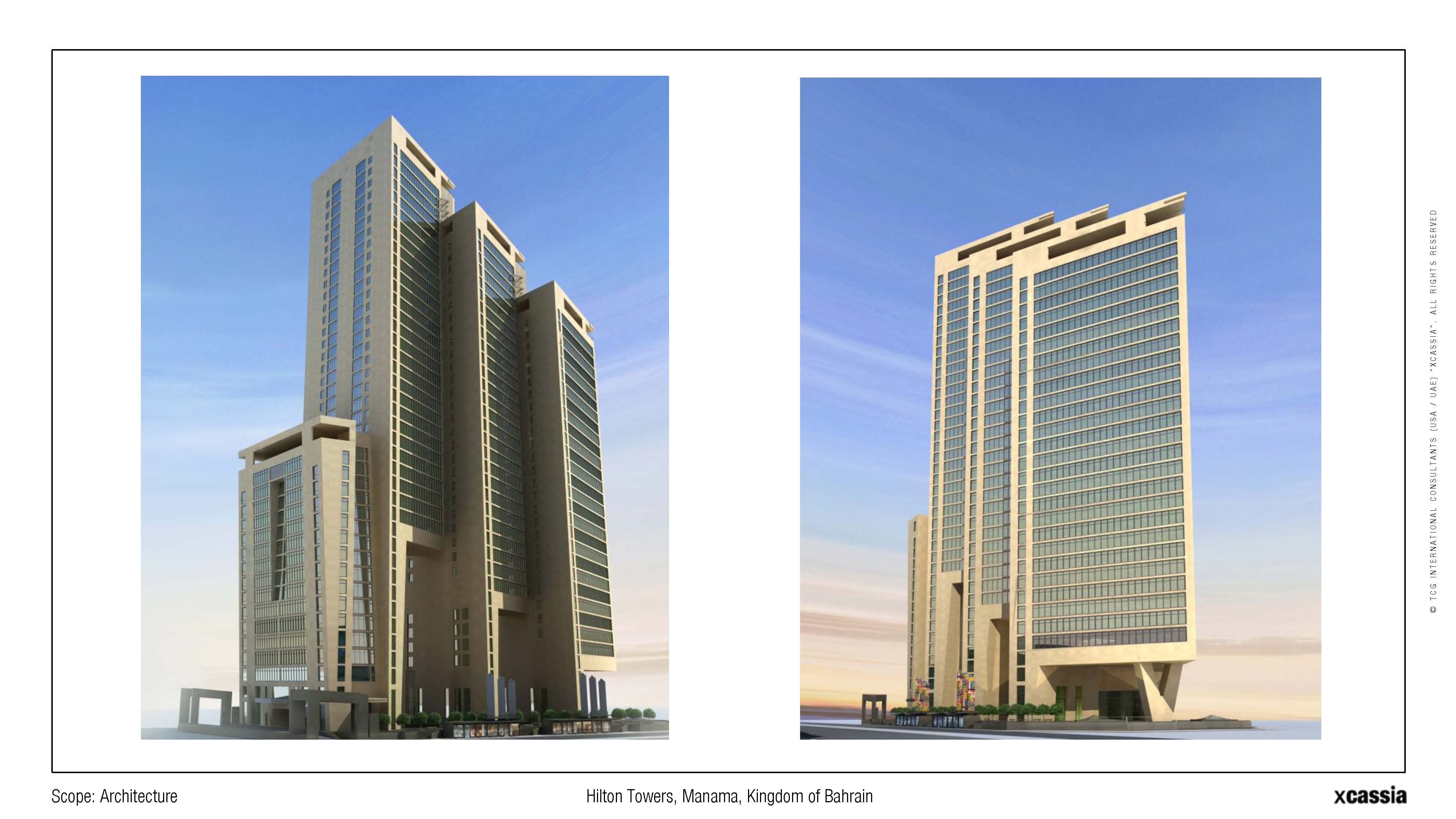 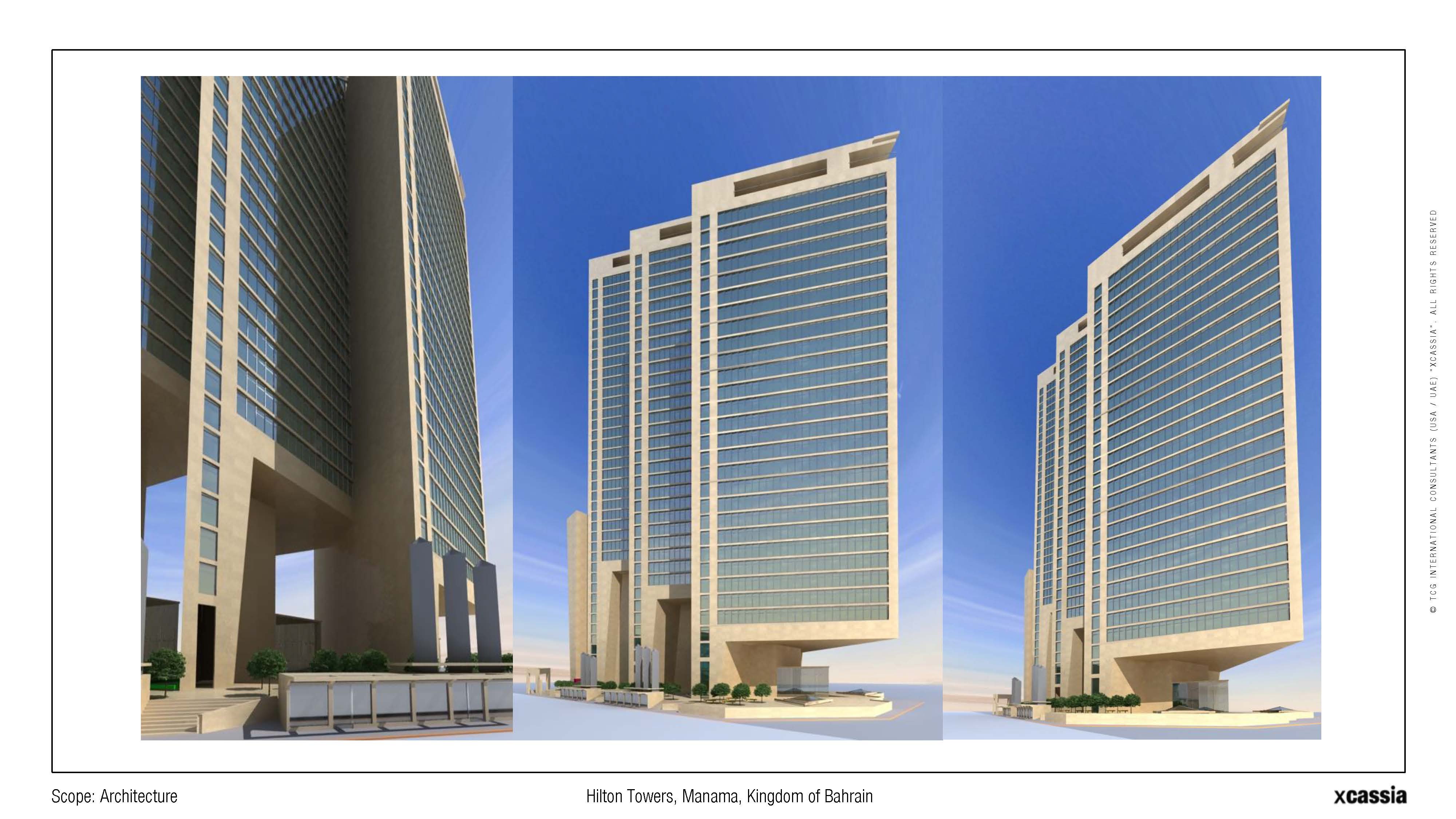 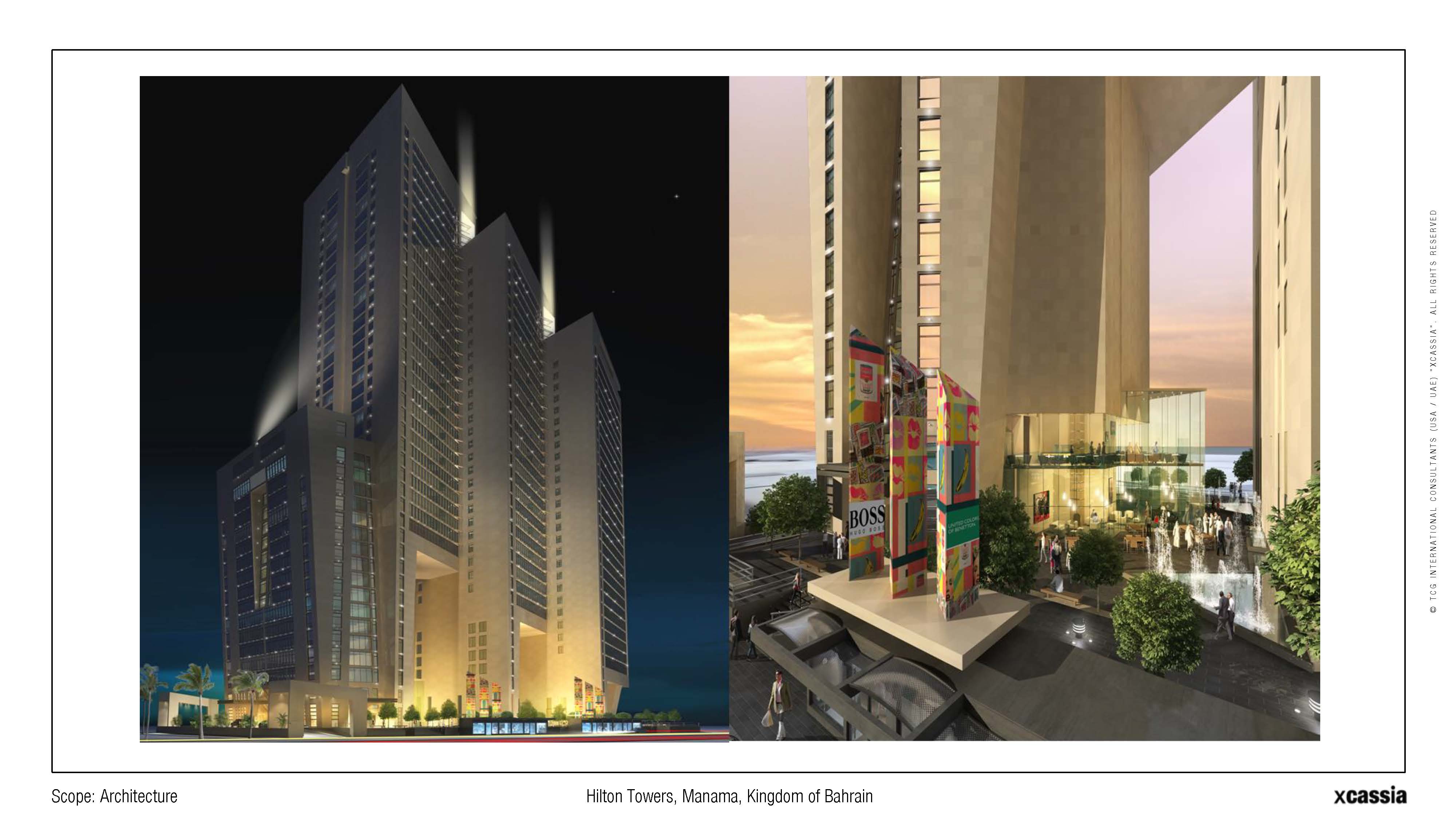 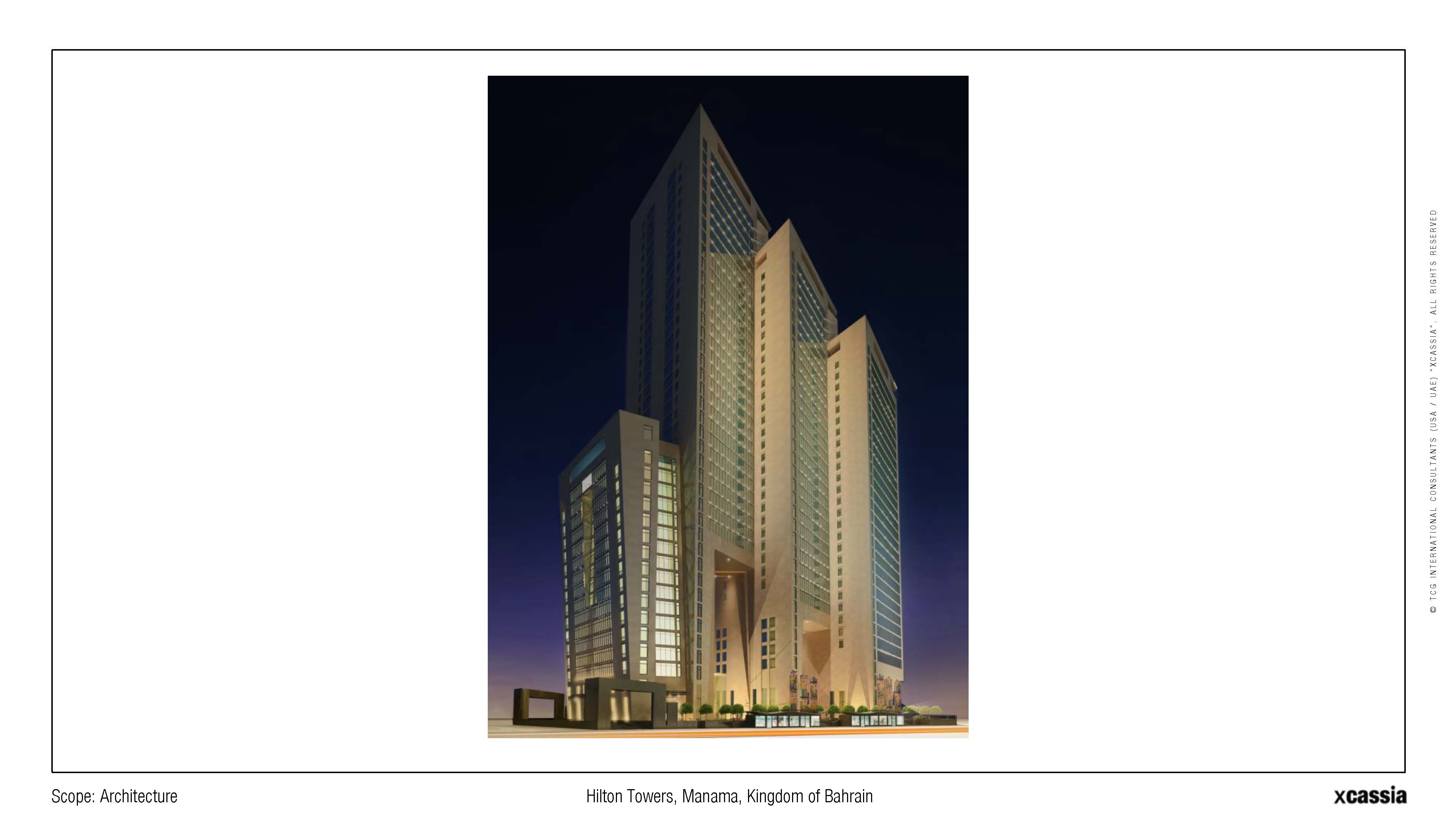 xCassia was commissioned for a developed conceptual design study for this 97,422 M2 mixed-use development located on a reclaimed sea-fronting plot of 6,530 M2. The site is situated across the street from the ongoing construction of the Bahrain City Centre Mall and in close proximity to Reef Island and the Bahrain Financial Harbour. Al Seef District is home to one of the largest concentrations of commercial Malls in the GCC and fast becoming one of the premium residential and commercial destinations of the Kingdom.

The project consists of 3 interconnected towers set on a raised urban plaza with street retail outlets along the pavement (R) and public food and beverage outlets within the base of each of the three main towers. The tallest tower accommodates a 288 key four star hotel (A,B), itself connected to a lower annex structure that contains the front of house, lobby and other public amenities required. The two other towers house 130 short-term (C) and 193 long-term (D) suites that are accessed independently of one another for convenience and security.

The hotel function occupies the western side of the plot and consists of a sizable ground floor lobby, foyer and public amenities, including a feature bar outlet. The back of house and hotel management occupies the ground floor and part of the first basement, as well as parts of the mezzanine where an executive lounge and all day dining facility is located. There are 9 levels of suites and 27 floors with standard and larger rooms. Mechanical floors are strategically located at the bottom and top parts of the tower. The Business Centre, Gym, Spa and enclosed swimming pool discreetly occupy the hotel annex block.

Exploring the various massing options available, it became quite clear very early in the design phase that the orientation of the towers and views required a double-loaded distribution towards the apartments and hotel rooms and that a centralized core and service backbone lent itself well to a symmetrical alignment on east-west axis of the plot. From there, structural modules and circulation patterns determined the most efficient use of parking layouts available for this plot and a linear and cost-effective reticulation of utilities and building services required. By avoiding to build-up the full length of the plot, the concept presents large openings in the architecture that give ample light and life to the functions between the various blocks.

The project’s socio-cultural agenda is to propose a public plaza that offers shaded, planted and conveniently located food outlets. Its public appeal shall derive from the quality and simplicity of the landscaped areas, its retail outlets that border the plot (above) but also its proximity to the hotel which gives the entire atmosphere a life of its own. The intent is for the Plaza with its trees and water features to form an “urban oasis” within the Seef area directly over the four basements allocated for the 700 parking stalls and back of house hotel areas. Despite the proposed size of the hotel, the public areas are envisaged to be intimate spaces more commonly associated with boutique hotels. The wooden screening used between the Lobby and the bar adds another subtle reference to the Islamic architectural tradition. It is the intent to make use of artwork produced by local talent in the interiors, thus reinforcing the link between the development and the community.

The towers are positioned in such a way that the two principle views towards the North and the South offered from the side are fully exploited. Towards the North the units will have a breathtaking view of the Sea over the various new marina developments. The South provides a view over Bahrain City Centre, and the new developments within the Seef area. The height of the three towers ensures that those views will not be affected in future. The three towers clearly articulate the three different functions of Hotel, Short Tem Residential suites, and Long Term Residential apartments. This clear functional distinction has been enriched by connecting the two residential towers internally, thus providing the Client with flexibility in operating the residential part of the development.