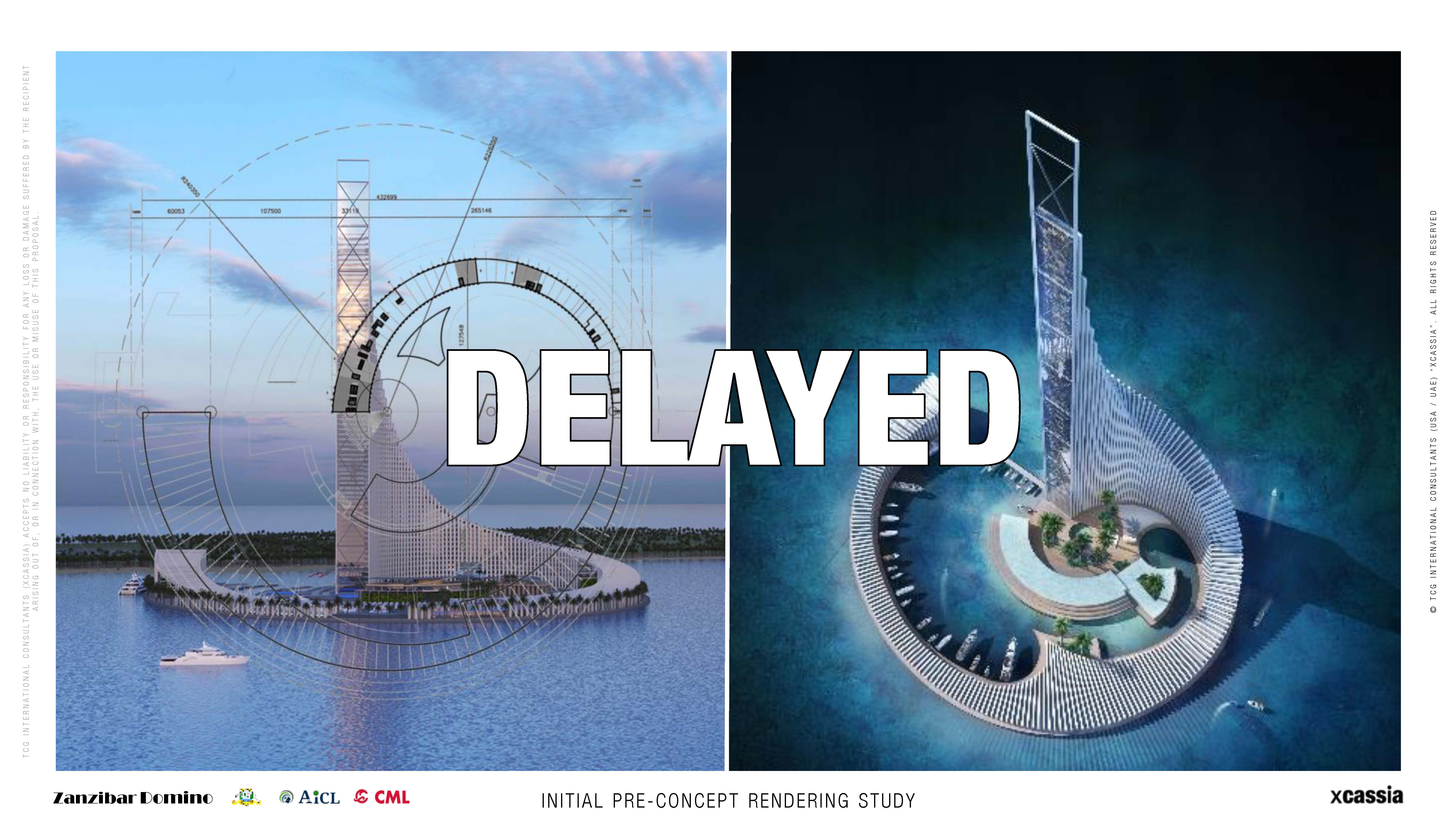 xCassia and the Developers of the Zanzibar Domino: Dar es Salaam’s AICL Group and Edinburgh & Hainan Crowland Management Ltd. (JV) hereby notify all suppliers, contractors, intended project teams and the wider public of extensive and ongoing delays due to an absence of project financing and the impact of the Omicron virus in China which is currently affecting progress on the ground.

The project Developers - Dar es Salaam’s AICL Group and Edinburgh & Hainan Crowland Management Ltd. (Joint Venture) – released a press release in September 2021 resulting in a very positive global response. As the IP owners, xCassia progressed general pre-planning and PR work until Q1 2022 pending full mobilization. We greatly appreciate the patience of the Zanzibar Government, numerous specialists, consultants and the many other supporters of the project along the way.

Further updates shall be released by the Developers at the appropriate time.