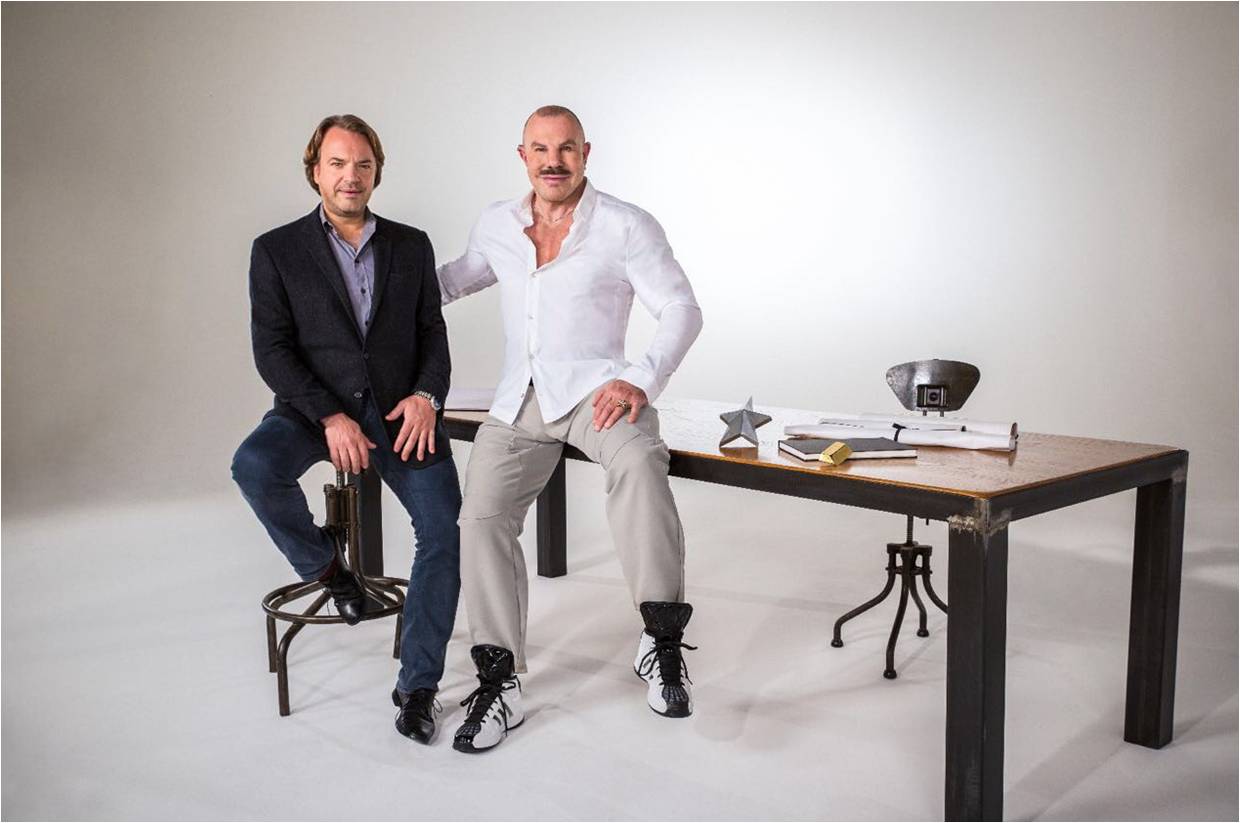 Jean-Paul Cassia is proud to announce his partnership with one of 21st Century’s most influential design creators: Manfred Thierry Mugler.

Founded in 1958, and now led by award-winning architect editor and developer Jean-Paul Cassia, xCassia welcomes to its stellar team "the prophet of futurism" as he has been referred to, and an instinctive designer who believes that the "intellect is the servant of the spirit". Jean-Paul Cassia and Manfred Thierry Mugler have decided to create a real estate design signature partnership with the intent of crafting projects and destinations that combine the power of Manfred’s creative genius with Jean-Paul’s ability to conceive and orchestrate projects that become “stage sets for the great adventures of life”.

Poised for the creation of boutique hotels and exceptional homes under the “MUGLER HOTELS, RESORTS & RESIDENCES” signature, the partnership will harness Manfred’s talent and stellar experience as a French director, fashion designer, photographer, perfume creator and stage & costume designer in the form of signature designs that add exceptional value to real estate developers, guests, residents and investors alike.

As a French author, fashion designer, photographer, director, perfume creator, actor and stage & costume designer, Manfred’s multifaceted interests evolved from his first steps as a ballet dancer at the Opéra National du Rhin in Alsace to his studies at l’Ecole des Arts Decoratifs in Paris. His formative footsteps would carry great significance in his perception of the human form and its place in the built world. From 1973 onwards Manfred designs under his own label and begins his influential career redefining looks, fashion styles and stereotypes.

Milestones include the groundbreaking 1984 Super Paying Show, the 1987 opening of the flagship Avenue Montaigne Store in Paris, his 1992 hit perfume Angel and its timeless star symbolism, his 1992 Ritz Haut Couture Show, the 1996 Rue du Bac Store but also the 1996 launch of A*MEN and his 1998 ground breaking virtual fashion show. Manfred strongly feels that his clothing should create elegance with simple forms and structures and add defined shape to the body, volume, form and simplicity.

As Manfred says “My true calling is the art of the show”, an interest fully developed in 2002 onwards through his costumes for Le Cirque Du Soleil’s “Zumanity Show” in Las Vegas, for which he also created characters and participated in the direction of this successful and ongoing production.

Fueled by this success, Manfred created another show called the ‘Mugler Follies’ in 2013 at the Parisian theater ‘Le Comédia’ and in 2014 created “The Wyld” show at the famous European theater in Berlin: the ‘Friedrichstadt-Palast’. After 500 shows, The Wyld welcomed over 800, 000 guests in less than 2 years.

Mixed-Use Hospitality & Residential projects under the “MUGLER HOTELS, RESORTS & RESIDENCES” signature will be heavily influenced by Manfred’s proven ability to create settings that bring fantasy and imagination to the public. In all MUGLER HOTELS, RESORTS & RESIDENCES, people will also have access to music, entertainment and socio-cultural venues that are inspired by Manfred’s unique experience in show business.

Prior to creating, Manfred carefully studies the surrounding elements and then imbues every design with a style that is at once classic, futuristic, sensitive and uniquely his own. Manfred’s combination of ergonomic intuition and brand consistenty allows for a seamless artistic touch across all parts of the projects. This immersive brand experience is a hallmark of the MUGLER with Jean-Paul Cassia design brand.

Speaking about his new role as Conceptor & Creative Director:
“When one has found a method of self-expression, one evolves with it! I used fashion to express myself as much as I could. But at some point, it was not enough. Designing hotels, residential and entertainment projects is a natural extension of my interests. I am delighted to be working with Jean-Paul and am impressed with his work and his approach to design. We intend to create projects that express unique stories, add value to Developers and above all, inspire and elevate the human spirit.”

Jean-Paul Cassia comments:
“I am delighted to be working with Manfred. His stellar experience and visionary approach to design fully complements what I have searched for in my work: that ability to tell a great story which resonates with our times and that creates projects of real distinction, meaningful experiences and value. Working with exceptional designers from around the world who share that “total work of art” approach enhances and infuses the architecture and projects we create with a spark that only branded design work can create. Being able to convert Manfred’s inimitable approach to design into sustainable and timeless contemporary works of architecture and interior design will be an absolute pleasure.”

“When one has found a method of self-expression, one evolves with it! I used fashion to express myself as much as I could. But at some point, it was not enough. Designing hotels, residential and entertainment projects is a natural extension of my interests.” , Manfred Thierry Mugler